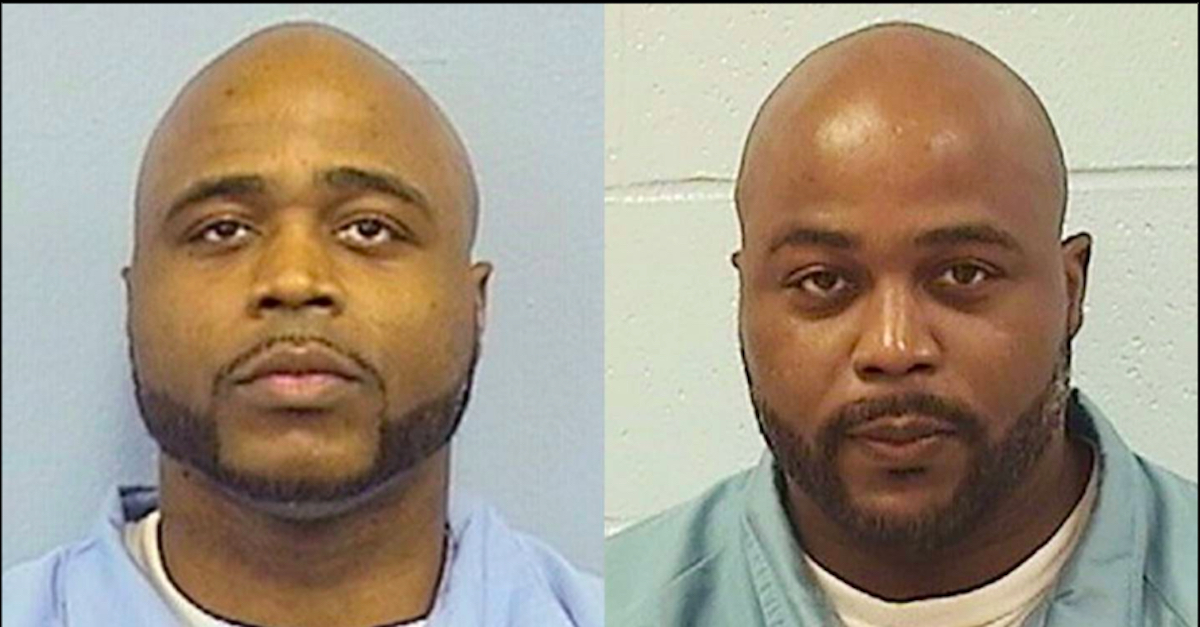 A man in Chicago who spent two decades in prison for a 2003 murder his identical twin brother confessed to committing was released from prison this week. Kevin Dugar left Cook County Jail just before 10 p.m. on Tuesday evening after a judge granted his latest motion for bond, Chicago ABC affiliate WLS-TV reported.

Dugar was convicted of first-degree murder, attempted murder, and aggravated battery with a firearm for a shooting on Chicago’s North Side that killed Antwan Taylor and injured Ronnie Bolden, both of whom were members of a rival gang. The conviction was largely based on the testimony of a single eye-witness who did not know Dugar personally but identified him as the gunman, noting that the shooter had a braided beard—which both twin brothers had at the time. Dugar was sentenced to serve consecutive sentences of 48 years, including a 25-year firearm enhancement, and six years.

Ten years later, his twin brother, Karl Smith, wrote a letter admitting that he was actually the man who pulled the trigger back in 2003. The letter was filed with the court as part of Dugar’s request to be retried.

“I have to get it off my chest before it kills me,” Smith wrote, according to the Chicago Tribune. “So I’ll just come clean and pray you can forgive me.”

Smith also testified on his brother’s behalf in 2016, reportedly telling the court, “I’m here to confess to a crime I committed that [Dugar] was wrongly accused of.”

Dugar’s attorney argued that the confession constituted new exculpatory evidence that entitled his client to a new trial.

At the time of Smith’s confessions, however, he had already been convicted for his role in a violent home invasion during which a 6-year-old boy was shot in the head and he had been sentenced to serve a 99-year prison sentence. Smith had also reportedly exhausted his appeals and had no way chance of getting a new trial.

A state judge in 2018 reportedly denied Dugar’s request, reasoning that because Smith stood no chance of being released, the confession could not be deemed credible, referring to the testimony as “completely unreliable.”

That ruling was reversed by the Appellate Court of Illinois First District in April 2021, with the panel reasoning that Smith’s confessions presented a “strong probability that a jury, hearing all of this, would reach a different result after considering the prior evidence along with the new evidence.”

“Here, however, the trial court’s determination that a jury should never be allowed to consider Karl’s confession, together with other evidence, to decide whether defendant was guilty beyond a reasonable doubt was ‘manifestly erroneous,’” the court wrote. “We find that the decision was manifestly erroneous not necessarily because we believe Karl, but because it is indisputably evident that the confession could probably change the outcome.”

“He is overjoyed to be free but is also adjusting to a world that is quite different from the world he left 20 years ago when he was arrested for this crime he did not commit,” Dugar’s attorney Ron Safer reportedly told the Chicago Tribune. “This case is in a very different situation than it was 20 years ago. Everybody knows much more about it.”

Dugar is required to live in a residential transitional facility for three months as prosecutors decide whether to drop the charges or pursue another murder trial.

[Image via Illinois Dept. of Corrections]