Andrew Jennings Killed His Aunt and Dumped Her Body: Police 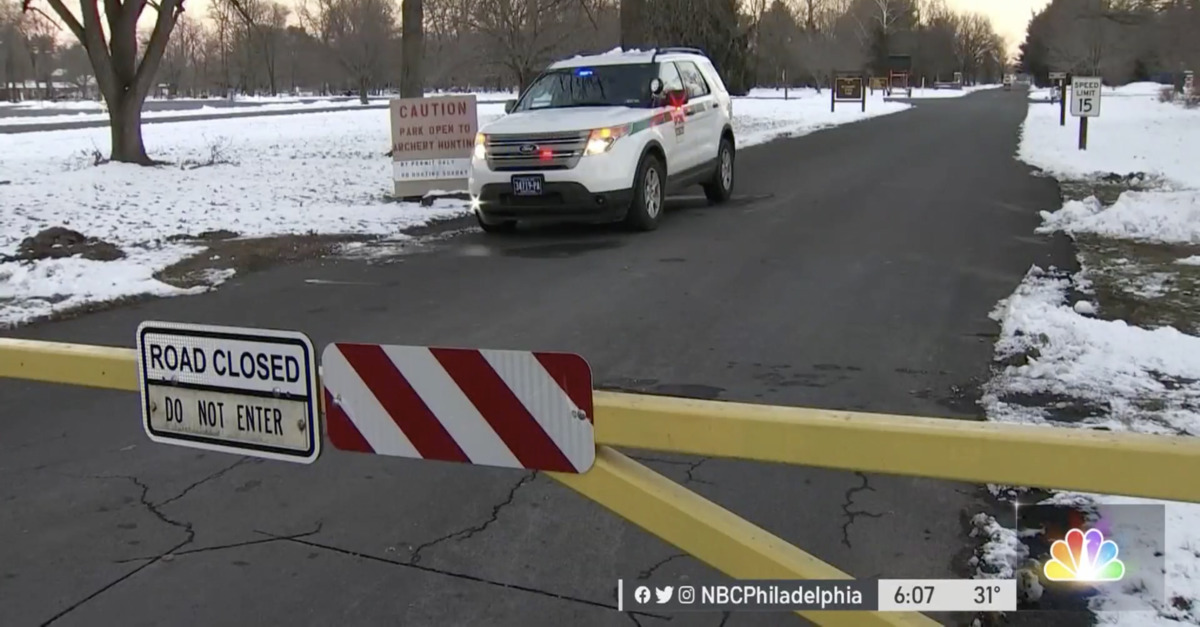 A Philadelphia man has been arrested in connection with the death of his aunt whose body was recently found in a Keystone State park.

Andrew Jennings, 20, stands accused of murder, abuse of a corpse, and various other charges for allegedly killing his aunt, 50-year-old Lisa Shuine Jennings, and then leaving her body in Neshaminy State Park, which is located in Bucks County, Pa. The charges against the Philadelphia-based defendant, however, were filed in his home county.

According to the Pennsylvania State Police, troopers arrived at the park on Jan. 8, 2022 in response to a report of an unresponsive female victim in the park. Responding officers discovered the deceased woman there with multiple stab wounds to her neck.

At first, the body was unidentified.

“Something like this does not occur very often and people were very surprised that this occurred,” PSP Trooper Nathan Branosky told Philadelphia CBS affiliate KYW-TV on Jan. 10, 2022.

“We’re still trying to determine the specifics of how long she was there for,” the trooper continued. “Currently, her body is at the Bucks County coroner and there will be an autopsy done this week to determine a cause of death.”

Branosky provided a press release to Law&Crime that detailed some of the PSPS’s efforts at identifying the slain woman’s body:

The victim displayed a tattoo on her right arm with the name “Lisa”, which images were released to the public, in an attempt to identify the deceased. As a result, family members came forward and positively identified the victim as Lisa Shuine Jennings.

On Monday, January 10, 2022, a Forensic Pathologist conducted an autopsy and concluded Lisa Jennings died as a result of multiple stab wounds to the neck and head area with the manner of death determined to be homicide.

That same day, the PSP executed a search warrant at an address in Philadelphia’s Harrowgate neighborhood. Authorities say they were able to determine that Lisa Jennings was killed at the residence.

The investigation later revealed via “further search warrants [which] were obtained and served” that Andrew Jennings “traveled in the early morning hours of Saturday, January 8, 2022” from that residence to the state park where his aunt’s body was found, the PSP said.

The defendant was arrested the next day on a probation violation, according to the PSP. He was detained in the Bucks County Prison. On Jan. 20, 2022, while still incarcerated, a criminal complaint was filed against him in connection with his aunt’s death on numerous charges.

In an addition to murder and abuse of a corpse, Andrew Jennings was charged with possessing instruments of crime, obstruction of justice, and tampering with evidence.

Troopers did not release a motive in the case.

“My sister ain’t deserve this,” Guy Jennings said as he contained his tears in a interview with KYW. “It’s a hard pill to swallow right now.”

The deceased woman’s brother then spoke about the tell-tale tattoo that was instrumental in helping authorities to identify her.

“I asked her, why are you getting that tattoo?” he recalled. “What do you need a tattoo for? I guess at the time, it was probably just something to do. Whoever knew it would come to something like this.”