Chicago Artist, 18, Shot and Killed in a Car in Front of Her Home by ‘Cowards’ Right After Halloween Shopping 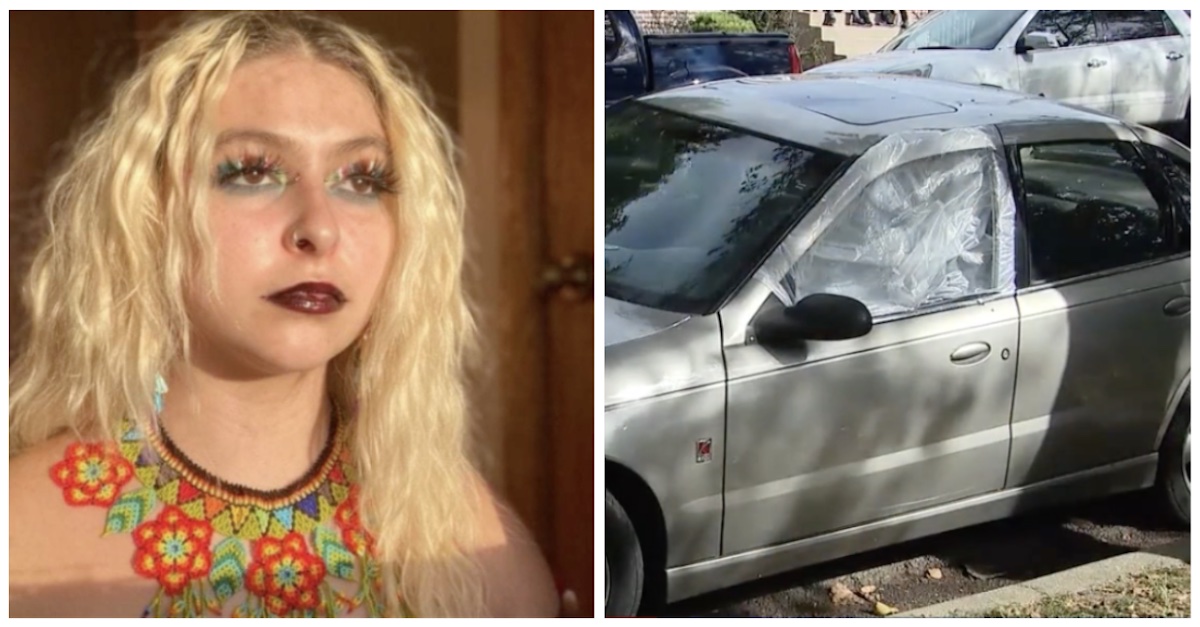 A young woman in Chicago was shot and killed Sunday evening in front of her own home–just after finishing up some shopping for Halloween. Melissa “Azul” de la Garza, 18, was shot several times while sitting in her car in front of the family residence on the city’s southwest side.

According to local ABC affiliate WLS, the teenager who went by “Azul” was shot seven times after spending the day with her mother.

“They went to buy Halloween costumes,” the victim’s sister, Isabel de la Garza, told the outlet. “They had a great day. She was just coming home and trying to get inside.”

“It is a nightmare,” the victim’s grandmother, Clara de la Garza, added in Spanish. “Who is going to fill this hole? It’s unbelievable how this city is being consumed by violence.”

The young artist was one of at least eight people killed in Chicago over the weekend. The Windy City has long been plagued by gun violence and the ever-present specter of murder is an integral aspect of the beleaguered metropolis’s contemporary identity.

The victim’s father said that his daughter was a talented artist who had received a scholarship.

“It’s hard to put in words the loss we are feeling, for someone to take away my 18-year-old warrior princess,” the fallen artist’s dad, Jose de la Garza, said in comments to various local outlets. “She had a scholarship. She was a wrestler and took second place in state. Just doing everything the best way we’ve taught her. For someone to come and take that away for no reason. It doesn’t make any sense.”

“She was a true leader,” the father added in comments to WFLD. “We all looked up to her. She was a fantastic artist. She was a wonderful person.”

Jose de la Garza ran out of the house when he heard the gunshots. But by then it was already too late.

“He saw my sister sitting in the car,” Isabel told WLS. “He was screaming her name and she wasn’t responding. My dad opened the door and just held her.”

Police were alerted to the disturbance by a nearby SpotShotter, an unreliable device that police often use to detect and respond to gunshots. The results in the present case were on-target, but over 85 percent of hits are inaccurate, according to a four-year-long study by the MacArthur Justice Center at Northwestern University School of Law.

Police do not have any publicized leads on who killed de la Garza over the weekend and are reportedly still looking for her killer or killers.

The victim had just graduated from high school and was planning a gap year. She had recently been accepted to study at the School of the Art Institute in Chicago where she was awarded a scholarship.

“She had so much ambition,” Isabel told WLS. “She’s so artistic. I’ll remember her as my best friend; my rock. The person I always went to. She always gave me advice.”

“The last time I heard from my sister was through a Facetime call,” the sister added in comments to WFLD. “It was a normal day. She was so happy. She had just bought a Halloween costume. She was in her car trying to go home. She seemed so happy in that Facetime call.”