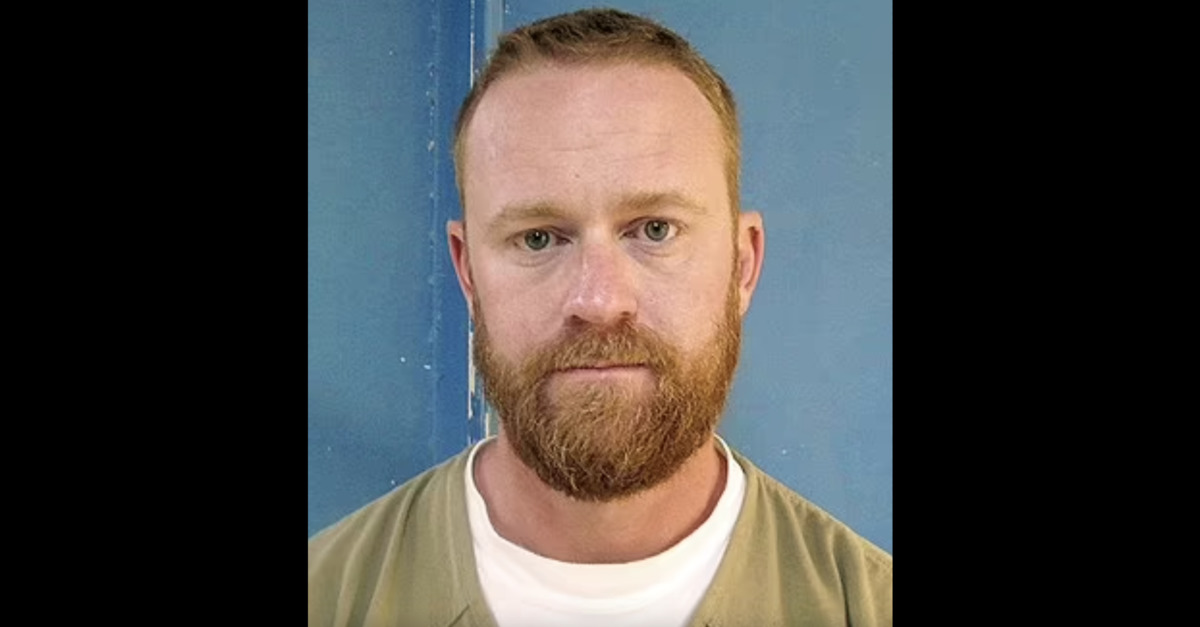 An Oklahoma man and medical doctor has been arrested and jailed in connection with the murder of a registered nurse.

Dr. Tyler Tait, 34, stands accused of one count of murder in the first degree over the Monday death of 37-year-old Moria Kinsey in neighboring Arkansas.

Chicot County Sheriff’s Office deputies responded to a call about a woman in need of medical assistance early that afternoon, according to the Muskogee Phoenix. Kinsey was discovered on the ground and lying outside of a car along U.S. Route 65 just north of Lake Village, Ark. Tait was also near the vehicle when officers arrived. The nurse was pronounced dead after being taken to a local hospital.

Both Tait and Kinsey were previously employed by Cherokee Nation Health Services. The sovereign tribal government issued a statement mourning Kinsey’s death after the news broke.

“We are devastated and mourning the loss of Moria Kinsey and on behalf of the entire Cherokee Nation, our thoughts and prayers are with Moria’s family and friends during this time,” Cherokee Nation Chief Chuck Hoskin, Jr. said in a statement obtained by local ABC affiliate KTUL. “Although not a Cherokee citizen, Moria is a former employee and member of our Cherokee Nation work family, dedicated to helping improve the lives of our citizens. Our traditional Cherokee lifeways teach us to revere our daughters, grandmothers, sisters and mothers and to respect the guidance and wisdom they offer.”

Others remembered the slain woman as well.

“I’m saddened to hear of the passing of one of our own nurse practitioners that worked in the ER at W.W. Hastings Hospital,” former Cherokee Nation Tribal Council member David Walkingstick said in a personal Facebook post on Tuesday. “Moria Kinsey was full of life, energy, and cared about our people. Please keep her son, family, and friends in your prayers. Donadagohvhi.”

Details about the case are currently scarce but the investigation was handed over to the Arkansas State Police.  That agency noted the victim and the defendant were on their way back from Mississippi in the same car and that authorities “found evidence of a physical altercation inside” of the vehicle. The manner and cause of death are said to be forthcoming.

Tait has a brief history of domestic violence, according to court records obtained by Native News Online.

Shelby Nicole Burris, a member of the Creek nation, filed for a protective order against the defendant in 2017 — which was dismissed when he violated the terms of the order. In May of that year, he was charged with assault and battery with a dangerous weapon but that case was dismissed. Burris applied for a second such order in 2020. In January 2021, Tait was charged with domestic abuse assault/battery but those charges were dismissed on jurisdictional grounds.

Since the landmark McGirt v. Oklahoma ruling by the U.S. Supreme Court, jurisdiction for criminal cases involving Native Americans has reverted to the tribal lands upon which such crimes occur — including vast swathes of eastern Oklahoma. Here, the Cherokee Nation decided against pursuing charges after the jurisdictional dismissal of the case which was originally filed in an Oklahoma state court.

Those charges, however, will now be pursued.

According to the Tahlequah Daily Press, Tait is well on the way to losing his medical license.