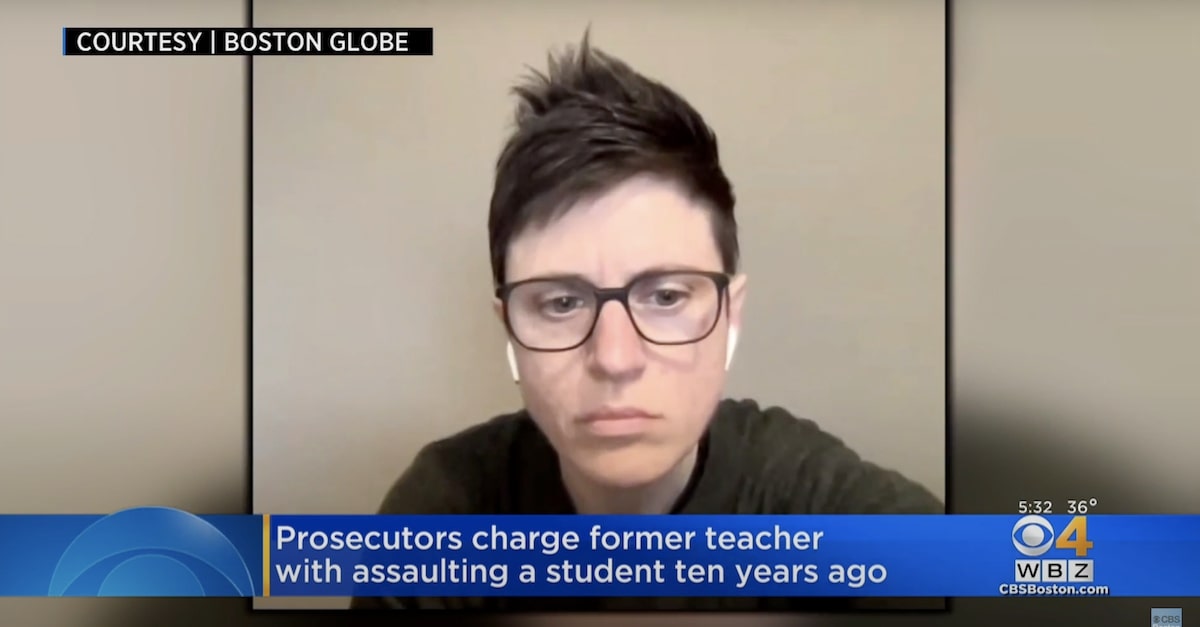 That ex-teacher Caitlin Harding, 37, stands accused of assaulting a student when she was in her early teens in a lawsuit alleging that the town of Hudson, its school district’s then-superintendent Kevin Lyons, then-JFK Middle School Principal Brian Daniels and his assistant Matthew Gaffny let it happen.

“On at least ten occasions in approximately 2010 when plaintiff was approximately thirteen and approximately fourteen years old, defendant Harding engaged in explicit sexual behavior and lewd and lascivious conduct with plaintiff,” the lawsuit states, claiming that Harding kissed her on the lips, fondled her breasts, buttocks, upper inner thighs, and genitals, “both over plaintiff’s clothing and inside.”

The student, whom Law&Crime is not naming as she is an alleged victim of sexual abuse, claims in her complaint that the grooming process began when she was even younger.

When she was between 11 and 12, the student claims, Harding “openly showed affection toward and engaged in physical contact” with her, putting her hand on her arm and shoulder and hugging her, according to the lawsuit.

In the spring of 2019, the student recalled leaving school early to go on vacation when Harding allegedly interrupted a class to say goodbye to her.

“Defendant Harding held Plaintiff in an unusually long and tight hug and rubbed Plaintiff’s back while she said goodbye to Plaintiff in a public area of JFK Middle School,” the complaint states.

According to the lawsuit, Harding’s attention toward the student started catching the notice of administrators, including Assistant Principal Gaffney and other JFK Middle School staff in a meeting with the student’s parents.

“Following this meeting, plaintiff was assigned to different teachers and moved to different classrooms in another section of JFK Middle School, farther away from defendant Harding’s classroom at the school,” the complaint states.

The student claims she was not the only one perceived to be the object of Harding’s unusual attention.

The student accuses the school district of failing to take action.

When charges were first announced against Harding in March, the school district’s current superintendent professed to be “extremely surprised and disappointed” about the revelations.

“At no time during or after her employment have we ever received information indicating that she engaged in any type of conduct that involved potential or actual harm to students,” Hudson Schools Superintendent Marco Rodrigues, who is not a party to this lawsuit, told WBZ-TV in April.

The seven-count complaint accuses Harding of assault, battery, intentional infliction of emotional distress, and civil rights deprivation. The town of Hudson faces a count of negligent hiring and retention and deprivation of rights. The last count alleges that Superintendent Lyons, Principal Daniels and Assistant Principal Gaffny did not protect her rights.

The student is represented by attorney Mitchell Garabedian, depicted in the film “Spotlight” for his efforts litigating on behalf of thousands of alleged victims of clergy sexual abuse.