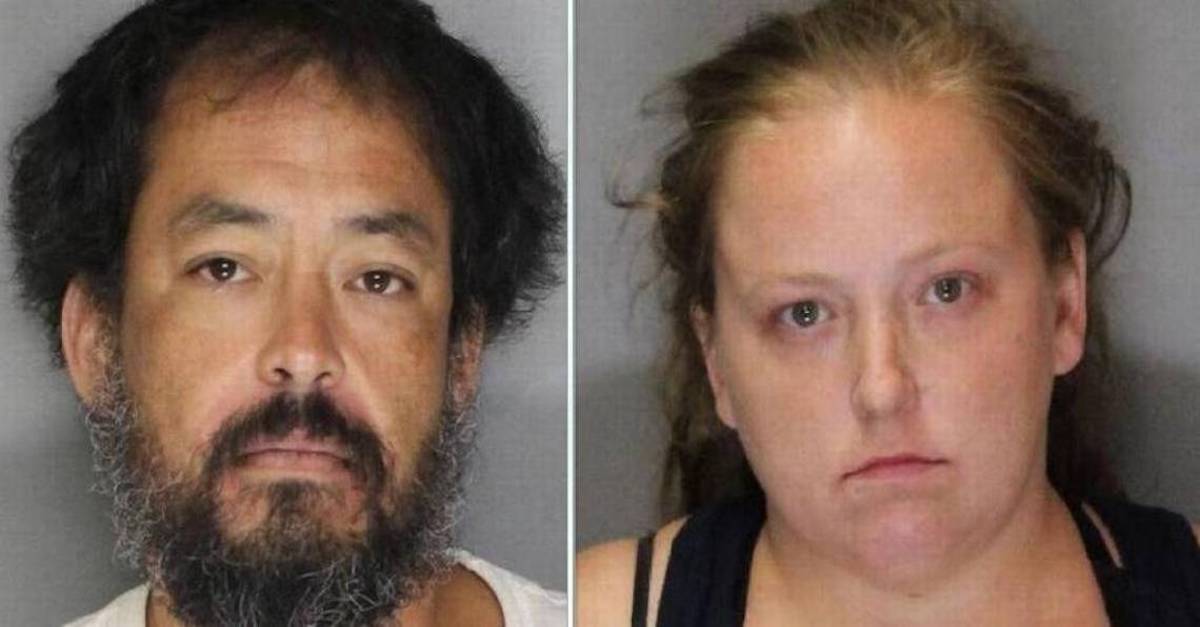 A judge in California sentenced a mother and her boyfriend to serve 25 years to life behind bars for the brutal torture and murder of the woman’s 5-year-old son. Sacramento County Superior Court Judge Stephen Acquisto handed down the sentence to Jessica Prater and Adam Caldwell, who were both convicted of killing Zachary Prater-Stokes, prosecutors announced Monday.

According to prosecutors, Prater and Zachary moved into Caldwell’s Northern California home in April 2016. Caldwell almost immediately began to “punish and abuse Zachary, both psychologically and physically.” The subsequent physical abuse continued to get increasingly “more frequent and more violent,” with prosecutors saying Prater also took part in the abuse.

Deputies with the Sacramento County Sheriff’s Department and medical personnel with Sacramento Metro Fire responded on June 2, 2016 to a 911 call about a child drowning at Caldwell’s home, located in the 1400 block of Pershing Avenue in Orangevale. Prater, who placed the call, told the dispatcher that her son “had swallowed water in the bathtub and was unresponsive.”

Upon arriving at the scene, first responders with the fire department said they found Zachary “clothed and dry in a bedroom.” He was rushed to a local hospital, where doctors attempted life-saving procedures. But Zachary never regained consciousness and was pronounced dead a few hours later.

Medical staff at the hospital reportedly told investigators that “medical evidence confirmed” that Zachary was the victim of “extensive abuse” before his death. An autopsy performed by the Sacramento County Coroner’s Office determined that the child’s cause of death was “blunt force injuries and water submersion.”

Authorities took Prater and Caldwell into custody on June 3, 2016; the couple has remained in custody at the Sacramento County Main Jail ever since.

Following the arrests, Sacramento County Sheriff’s Department spokesperson Tony Turnbull in 2016 predicted that the case would contain “information that will shock the conscience” when the criminal trials unfolded.

One of Prater’s friends reportedly told investigators that they believed Prater was responsible for Zachary’s death based on a conversation just before the child’s murder.

“[She said] that they were spanking him with a belt and leaving marks because he was getting into their things,” Tiffany Guzman, who referred to Prater as her “best friend,” told Sacramento NBC affiliate KCRA-TV in an interview.

Another Prater friend, Tiffany Cameron, told the station that Prater had battled drug addiction in the past. Cameron believed that played a role in what happened to Zachary.

“Honestly, I would never in a million years think she would have done that do him,” she told KCRA. “I know she loved him. I know she did. I, honestly, think drugs had a lot to do with it.”

The criminal trials for both Prater and Caldwell were interrupted in early 2020 by the COVID-19 pandemic.