Beyond Meat COO Bit Man’s Face, Ripped the ‘Flesh’ from the ‘Tip of the Nose’ Following Traffic Incident Outside Football Stadium: Cops 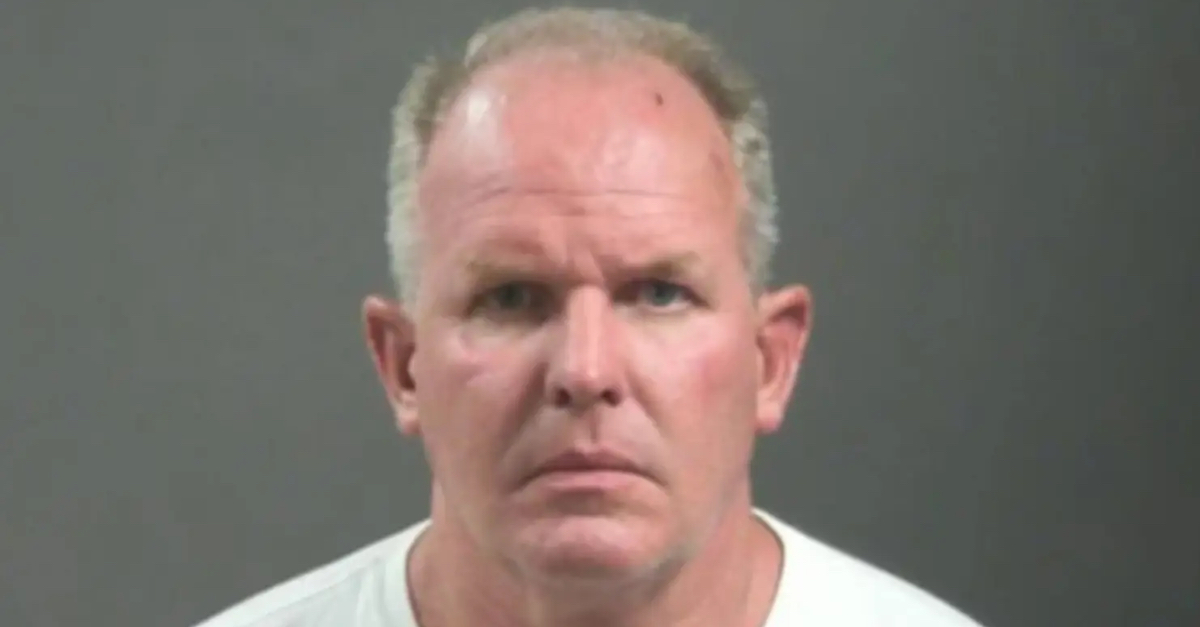 One of the top executives at a popular plant-based vegan food company was accused of punching and threatening another man following a minor traffic incident, allegedly culminating in biting of the victim’s nose.

Doug Ramsey, the 53-year-old Chief Operating Officer (COO) of El Segundo-based Beyond Meat, was taken into custody at approximately 10:27 p.m. Saturday evening and charged with one count each of third-degree battery and terroristic threatening, records reviewed by Law&Crime show.

According to a preliminary report obtained by Rogers NBC affiliate KNWA-TV, the incident occurred in a parking garage just outside of Razorback Stadium following the Arizona Razorbacks’ victory over the Missouri State Bears. A police officer at approximately 10 p.m. reportedly responded to a call about a “disturbance” at Gate 15 of the Stadium Drive Parking Garage.

Upon arriving at the scene, police reportedly encountered “two males with bloody faces.” The responding officer then spoke with both bloodied men as well as a witness to discern what took place. Per KNWA: “Ramsey was allegedly in the traffic lane of the structure, attempting to leave, when a Subaru ‘inched his way’ in front of Ramsey’s Bronco, making contact with the front passenger’s side tire. Ramsey got out of his vehicle and allegedly ‘punched through the back windshield of the Subaru,’ according to the report.”

After Ramsey allegedly punched through the Subaru’s back windshield, the other man reportedly exited the vehicle. He reportedly told police that Ramsey then “pulled him in close and started punching his body.” Ramsey allegedly continued to escalate the violent encounter and bit the [Subaru] owner’s nose, ripping the flesh on the tip of the nose,”  the report states.

The Subaru driver and the witness both reportedly told the responding officer that Ramsey then “threatened to kill” the victim before other occupants in the two vehicles managed to separate the two men. The officer subsequently took Ramsey into custody and he was booked into the Washington County Jail at approximately 11:14 p.m.

Ramsey was named the COO of Beyond Meat in December 2021. Prior to joining the meat-alternative supplier, Ramsey spent decades at Tyson Foods, where he was global president of the company’s business with McDonald’s, according to Ramsey’s bio page on the Tyson Foods website, which has since been taken down. The bio reportedly referred to Ramsey as a “servant leader” and “champion of team member safety.”

Beyond Meat did not immediately respond to a message from Law&Crime seeking comment on the incident.