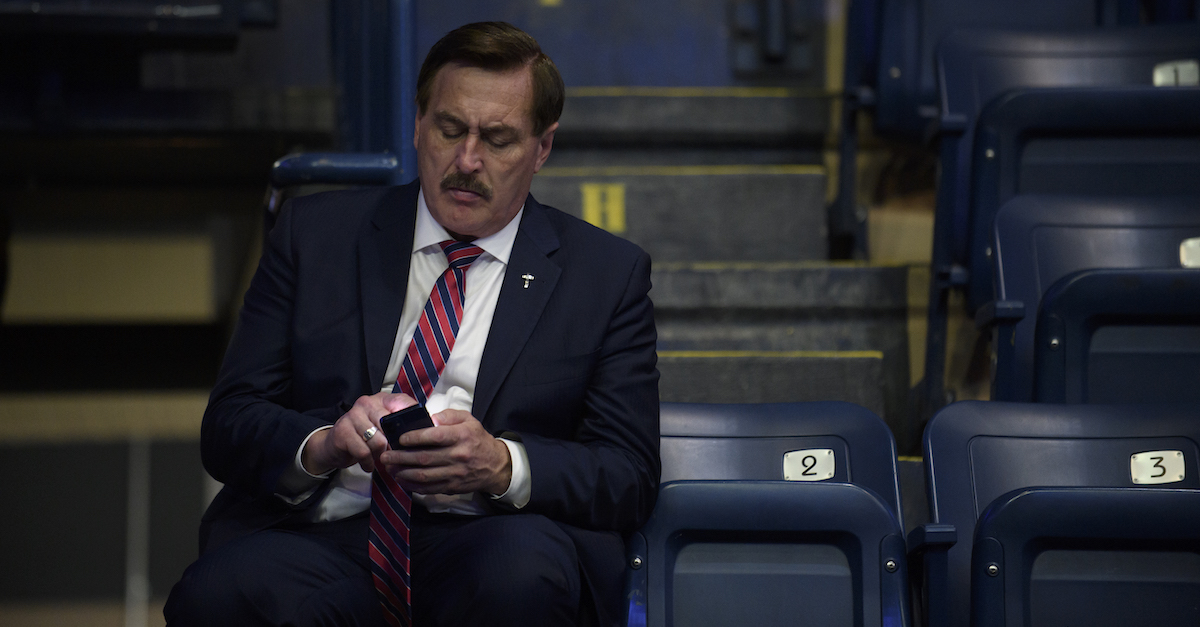 Mike Lindell and his company MyPillow lost their efforts to dismiss a defamation lawsuit filed by Smartmatic, a voting machine company that the Donald Trump ally baselessly accused of rigging the 2020 presidential election.

Smartmatic machines had little circulation in the 2020 presidential election, where they were only used in Los Angeles County. Dozens of lawsuits, audits, and recounts dispelled all of the numerous allegations of wide-scale voter fraud in the 2020 election, but in LA County, no such claims were even alleged.

That did not stop a variety of Trump associates, including Lindell, from roping Smartmatic into a vast conspiracy theory also involving Dominion Voting Systems, ES&S, and shadowy foreign powers. Smartmatic notes that election misinformation has been lucrative for Lindell, who previously settled civil enforcement actions in California accusing him of peddling bogus double-blind studies about his pillows.

“Smartmatic also alleges that Lindell made and promoted his defamatory statements for his own profit,” U.S. District Judge Wilhelmina M. Wright, a Barack Obama appointee from the District of Minnesota, wrote in her 16-page ruling. “For example, Smartmatic alleges that on several occasions Lindell told audiences to purchase MyPillow products after making claims of election fraud and supplying audiences with MyPillow promotional codes related to Lindell’s election-hacking theories.”

Over on the East Coast, U.S. District Judge Carl Nichols, a Trump appointee, advanced a similar lawsuit against Lindell filed by Dominion.

In both cases, the judges found that the voting machine companies made a plausible case for actual malice. The legal term of art, stemming from the watershed Supreme Court precedent New York Times v. Sullivan, means that Lindell allegedly knew his claims were false, or he made them with reckless disregard for the truth.

“Construing the facts in the light most favorable to Smartmatic, the Court concludes that Smartmatic has alleged facts sufficient to suggest that Lindell knew or should have known that his statements were false and acted with actual malice in promoting the challenged statements,” Wright wrote.

The judge also found that Smartmatic made a plausible case that Lindell harmed its reputation.

“Smartmatic also alleges that, as a result of Lindell’s defamatory remarks, Smartmatic’s officers and employees have been threatened and the company has expended over one million dollars on public relations, crisis management, cybersecurity, and employee retention and recruitment efforts. Smartmatic alleges that its business depends on its reputation for safety, accuracy and auditability, and that Lindell’s defamatory statements have tarnished Smartmatic’s reputation,” the order notes.

MyPillow argued that it couldn’t be held liable for Lindell’s statements, but the judge noted that Lindell’s PR blitz for the pillows while peddling his election fraud falsehoods undercut that argument.

Lindell’s attorney Andrew Parker did not immediately respond to an email requesting comment.