‘Armed and Dangerous’ North Carolina Man Murdered His Grandfather and Took Off with His Injured Grandmother: Police 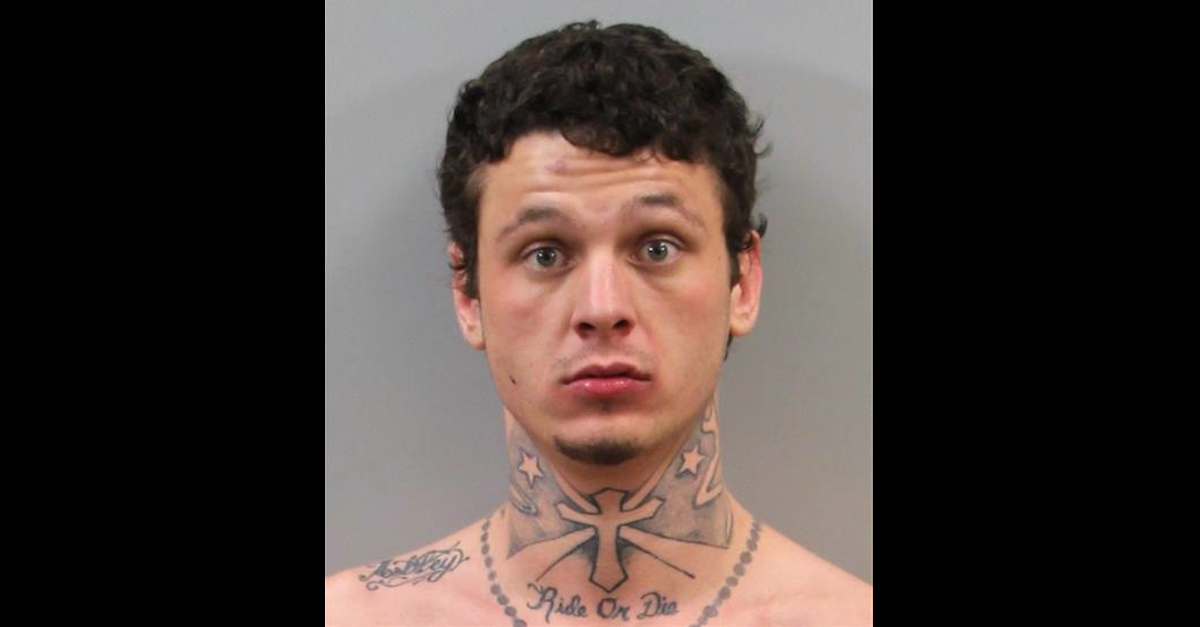 Update – April 4, 9:21 a.m.: Authorities announced that they captured the suspect in the Mecklenburg County town of Cornelius at 2:10 a.m. Sunday, April 4. You can read our original article below.

Authorities in multiple North Carolina jurisdictions are on the hunt for a 25-year-old man suspected of murdering his grandfather and apparently injuring his grandmother.

The Randolph County Sheriff’s Office said it received a call Saturday morning that a person had been stabbed at a home in Asheboro, near Winston-Salem.  When deputies arrived, they found Harold Stephen King, 74, dead at the scene.

King’s grandson, Brian Cody King, had fled with a woman subsequently identified as Brian’s grandmother.  “Several hours later,” the grandmother, who has not been named, “was dropped off” in Thomasville, N.C., about half an hour away.  There, she called 911 to report what had happened, a sheriff’s department Facebook post indicates.  The grandmother is at a hospital receiving treatment “for non-life threatening injuries she sustained during the incident.”

Authorities obtained an arrest warrant for Brian Cody King on suspicion of murder.  He ditched a stolen red 2000 Chevrolet Silverado in Mooresville, N.C., but a search by the Mooresville Police Department failed to locate the suspect.  Mooresville is an hour and a half southwest of Thomasville, where the grandmother called 911, and is just north of Charlotte.

“A stolen vehicle used by King was recovered in Edgemoor Park earlier today,” the Mooresville Police Department said.  “Law enforcement officers, personnel from Mooresville Fire-Rescue, law enforcement K-9s, and drones have been searching the area where the vehicle was located.”

It’s unclear whether King is on foot or whether he’s taken off in another vehicle.  Local authorities said he had “no known ties to Mooresville.”

King is described as standing approximately 5’10” tall and as weighing 150 pounds. He has green eyes and brown hair.