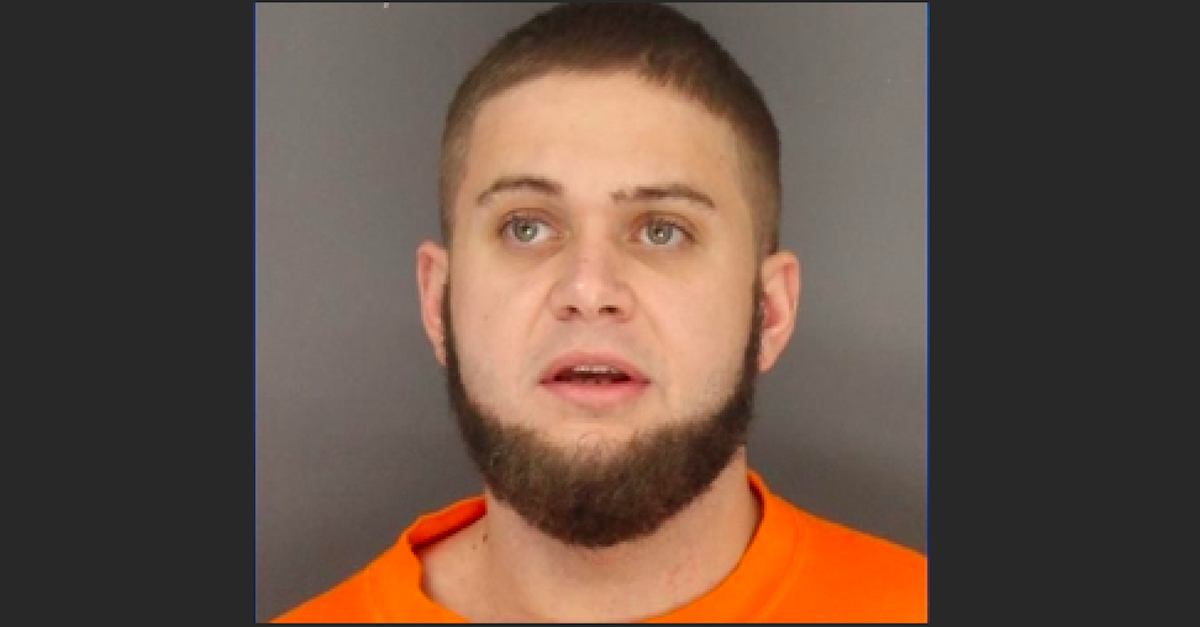 A man in Arkansas is behind bars this week after he allegedly beat his girlfriend’s 1-year-old child to death, lacerating the toddler’s heart with a blow to the chest. Jared Lee Ball, 32, was taken into custody on Wednesday and charged with multiple felonies, including first-degree murder of a person under the age of 14, prosecutors announced.

According to a heavily redacted arrest affidavit, officers with the Fort Smith Police Department on Jan. 20 responded to a 911 call at approximately 8:18 a.m. regarding a young child not breathing at a residence located in the 4100 block of North 50th Street. Upon arriving at the scene, first responders found Ball inside the home with three young children, ages 1, 3, and 5. The 1-year-old child, identified only as “M.C.,” was described as being “in extreme distress.”

Emergency Medical Services transported the toddler to Mercy Hospital, but at approximately 9:09 a.m. the child was pronounced dead.

Per the affidavit, which was filed in the Circuit Court of Sebastian County, M.C. had sustained “blue bruises” on his ribcage that doctors said was “consistent with the violent shaking that occurred on January 19, 2022.” The Sebastian County Medical Examiner’s Office provided a preliminary report which determined that the child’s manner of death was a homicide and the cause of death was listed as “multiple injuries.”

The report further stated that “there was at least one forceful blow to the front of the chest which caused a laceration of the heart and hemorrhage into the pericardial sac” that was likely “the injury primarily responsible for death.”

The medical examiner who performed the examination told investigators that M.C.’s injuries could not have been caused by falling down or rolling off of the bed and hitting a bedside table. He also stated that it would have been impossible for a 5-year-old to have caused the injuries sustained by the toddler.

During the course of their investigation, police also allegedly discovered nearly 40 grams of kratom, a psychoactive substance that is illegal in Arkansas, which was in a bag showing it came from a dispensary in Oklahoma. The discovery led authorities to charge Ball with felony possession of a Schedule I controlled substance and possession of drug paraphernalia.

Investigators interviewed Ball’s girlfriend and the mother of M.C., who allegedly told them that Ball was habitually physically abusive to her and her children. Per the affidavit, approximately seven weeks before M.C.’s death, the woman said Ball punched her in the ribcage during an argument. During the previous instance of abuse, Ball allegedly grabbed her by the neck and choked her, the affidavit states.

“She said that when he grabbed her by the neck, she was choking. She said, ‘my neck sounded like a harmonica because I could not breathe,’” according to the affidavit, adding that Ball “sometimes threatens to kill her.”

Ball was then charged with one count of third-degree domestic battery, a crime of which he has previously been convicted, and one count of aggravated assault on a family or household member, Sebastian County Prosecutor Daniel Shue said in a press release.

Judge Stephen Tabor set Ball’s bond at $500,000 cash. He is scheduled to appear for his arraignment on Feb. 2.

Read the press release and affidavit below.