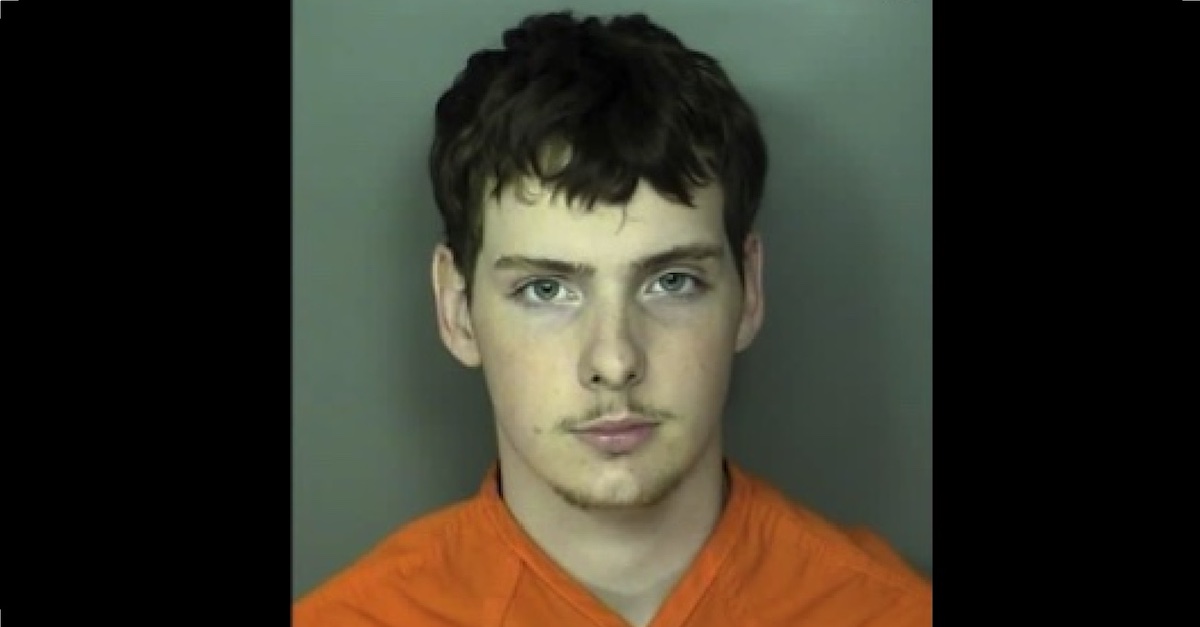 Two people suspected of following a victim and shooting at his car after a fight on Saturday over a parking spot outside a Dollar General Store in Myrtle Beach, South Carolina, have been arrested for attempted murder.

“The victim told officers he got into a verbal argument with the suspects at the store and one suspect told him he had guns and that he would shoot him,” WPDE/ABC15 News reported Monday. “The second suspect was in the passenger seat of the car.”

One of the suspects has been identified as 18-year-old Evan Spencer Golden (pictured above) of Little River. The other suspect has not been named and is a juvenile.

The fight was reportedly over a dollar store parking spot, WPDE said.

The victim told police that the suspects followed him on the highway after the argument ended. At one point, the suspect in the passenger seat allegedly pulled out a gun and shot at the victim’s vehicle, hitting the rear tailgate.

The suspects then fled the scene, but officers were able to stop and detain them, the report said. Guns and a shotgun shell were reportedly found in the car.

Golden was booked on Saturday evening and was released on Monday morning from the J. Rueben Long Detention Center on a $45,000 bond, records viewed by Law&Crime show. Records show he faces attempted murder, malicious injury to personal property, and possession of a weapon during a violent crime.

The other suspect is a juvenile and reportedly will be in the custody of the Department of Juvenile Justice.

It’s unclear who was driving and who allegedly shot at the victim’s car. The Horry County Sheriff’s Office did not immediately return Law&Crime’s request for additional information or comment.