‘All I Can Think About Are Those Babies’: Family Mourns Deaths of Florida Mother, 3-Year-Old Twins Found Decomposing in Parked Car 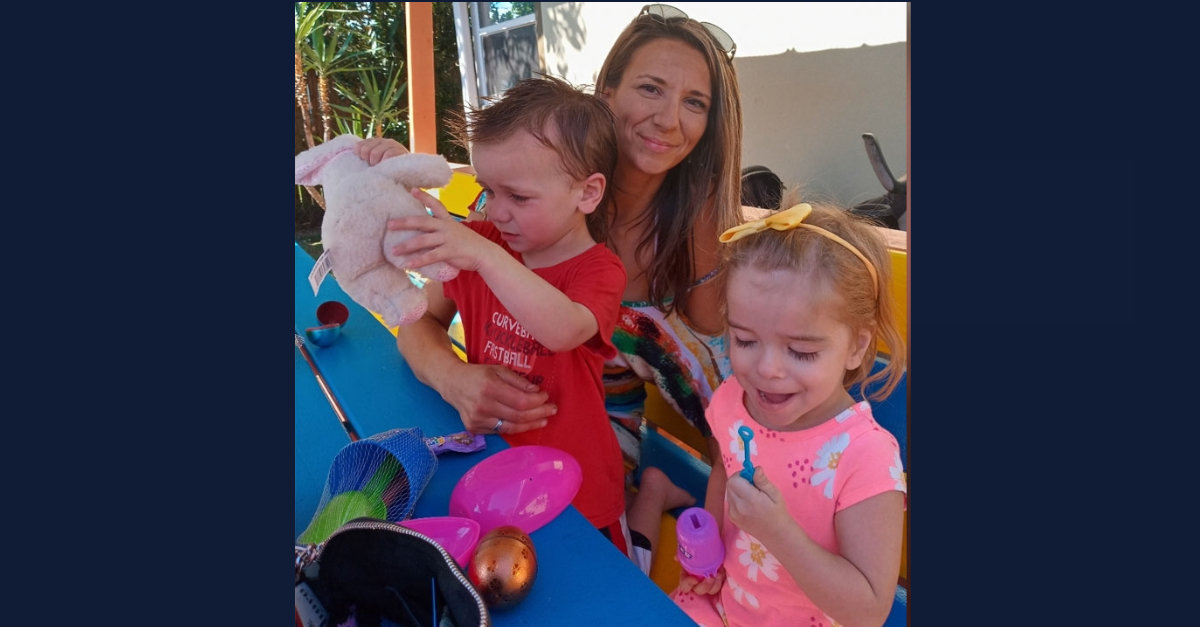 Andrea Langhorst and her 3-year-old twins (above in a police handout photo) were discovered dead in the family car on Sunday.

An investigation is underway after the decomposing bodies of a mother and her twins were discovered in a parked car near a Florida apartment complex.

The Melbourne Police Department has now identified the deceased as Andrea Langhorst, 35, and 3-year-old twins Olivia and Adam Dyer.

Investigators are working to determine whether the three deaths were the result of foul play and hope to know more after the Brevard County Medical Examiner’s Office completes the requisite round of autopsies.

Authorities say it is also unclear if the three died at the same time or if Langhorst passed away before her children.

The police department says officers discovered the family while investigating a report of a suspicious vehicle on Sunday night. Upon discovering the deceased, the case was turned over to the Melbourne Police Department’s Criminal Investigations Division. The car and bodies were moved to the Brevard County Medical Examiner’s Office, according to police.

Investigators have publicly stated that Langhorst was living out of her vehicle at the time, but little more is known.

“We don’t have any information about how long they were there,” said Lt. Shaun Hill, spokesman for the Melbourne Police Department.  “But she was living out of her car.”

Randy Langhorst, the victim’s father, told Florida Today that he had not spoken to his daughter since March 11.

“We were looking for her and hadn’t heard anything from her. That was unusual for her. We wouldn’t have daily contact with her, but this was a while,” said Langhorst. “She was a free spirit, smart as a whip, beautiful, but lived her life to the beat of her own drummer. It’s just a tragedy.”

He also told the newspaper that he suspected drug use could have played a role in his daughter’s death.

In 2010, Andrea Langhorst was sentenced to 25 days in jail after a drug arrest.

According to the arrest affidavit on file in that case, her mother Sue called authorities after discovering Andrea and her then-boyfriend in the bathroom with a syringe and burnt spoon.

Officers arrived on the scene and found the pair were in possession of a single oxycodone pill.

Facing four-drug related charges and unable to post bail, Langhorst eventually entered a plea of nolo contendre for possession of drug paraphernalia. According to court records, she was credited for time served and had not been charged with anything other than traffic violations in St. Lucie County since that arrest, the records of that county indicate.

The children’s father is currently in the Brevard County Jail awaiting trial, the newspaper said, citing comments from case investigators.

Randy Langhorst told the publication he never approved of his daughter’s lifestyle and had even offered to take in his grandchildren.

“It was final. It was her decision. We didn’t exactly approve of her lifestyle. Everything is hindsight, but I’ll be kicking my (butt) for the rest of my life,” he told Florida Today.  “All I can think about are those babies.”

Read the affidavit in the 2010 arrest below: