Alabama Man Tortured His Father to Death, Taped Him to Chair and ‘Stuck Screws Under His Fingernails’: Sheriff 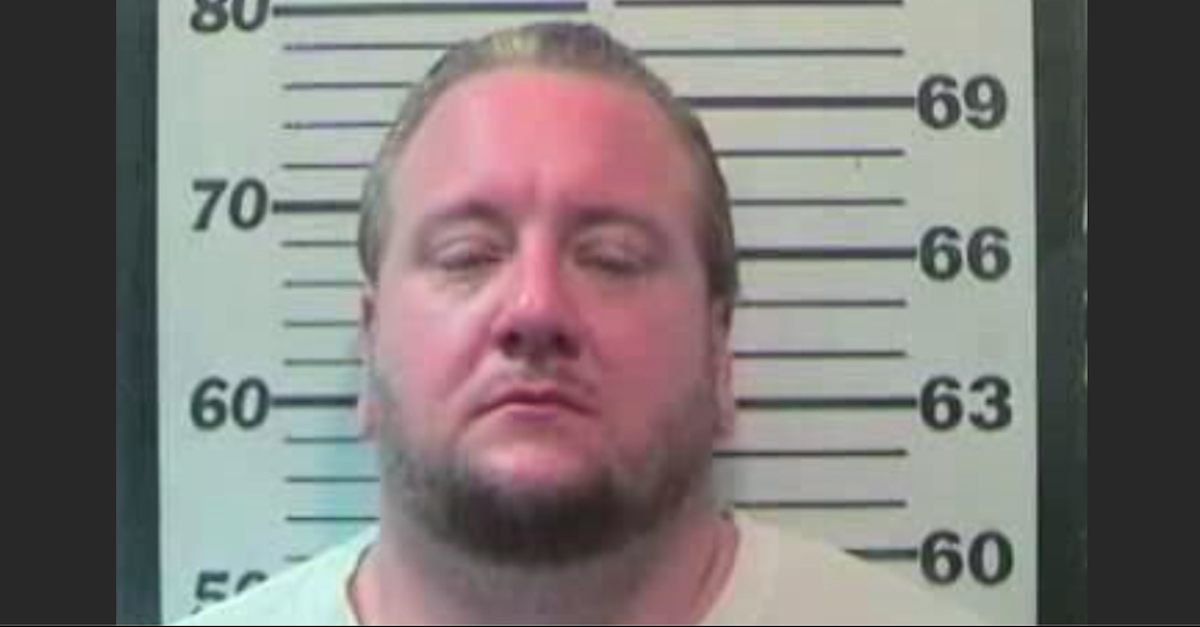 A man in Alabama was arrested this week and charged with multiple felonies after law enforcement authorities say he taped his father to a chair and viciously tortured him to death over the course of several days.

Zachary Hobbs was taken into custody Monday evening. Hobbs was initially charged with the kidnapping and assault of his father, Charles Douglas Hobbs. The charge of premeditated murder was added after Charles Hobbs died from his injuries.

In a Tuesday statement, the Monroe County Sheriff’s Office said that Zachary Hobbs broke into his father’s home, then taped him to a chair and “stuck screws under his fingernails.” The crime allegedly took place inside of Charles’ home on Eureka Landing Road in Uriah.

Investigators said that after he finished tormenting Charles, Zachary left his father taped to the chair and went home. Charles was eventually able to free himself and called 911 for help. He was rushed to a nearby hospital where he died in the early in the morning Tuesday from injuries allegedly inflicted by Zachary.

Officers with the Mobile Police Department received a “be on the lookout” notice for Zachary on Monday and took him into custody at his home that evening.

According to a report from WKRG-TV, investigators said Zachary Hobbs first arrived at his father’s house on Wednesday, Sept. 8. The torture—which also allegedly included Zachary sticking his father with needles and burning his legs and feet—reportedly lasted for at least two days.

“[Zachary Hobbs] took a soldering iron and burned [Charles Hobbs’] arms and legs, stabbed him with sharp objects, needles under his fingernails and on his arms and different parts of his body,” Monroe County Sheriff Tom Boatwright told the station on Wednesday.

Boatwright said that after two days of ongoing torture, Zachary Hobbs on Friday evening kicked over the chair his father was taped to, allowing Charles to eventually free himself from the chair and call the police. The victim remained in the hospital for several days before ultimately succumbing to his injuries.

Authorities have thus far declined to comment on a possible motive for the alleged torture and murder. Boatwright said investigators was still trying to piece together what may have happened in the days leading up to the incident.

Arriving at a Monroe County courthouse Wednesday morning, Zachary Hobbs refused to answer questions from a WKRG reporter about whether he killed his father. Hobbs made his first appearance before a judge who set his bond at $1,090,000.

WALA-TV reported that while sheriff deputies were searching Charles’ home on Tuesday, several of his neighbors stopped by to offer their condolences. While none of the well-wishers agreed to appear on camera, they reportedly “all said that [Charles] Hobbs” was the “nicest man in this tight knit community.”

Neighbors of Zachary Hobbs told WALA that they were surprised to learn of the charges he was facing, describing him as a quiet man who mostly kept to himself.