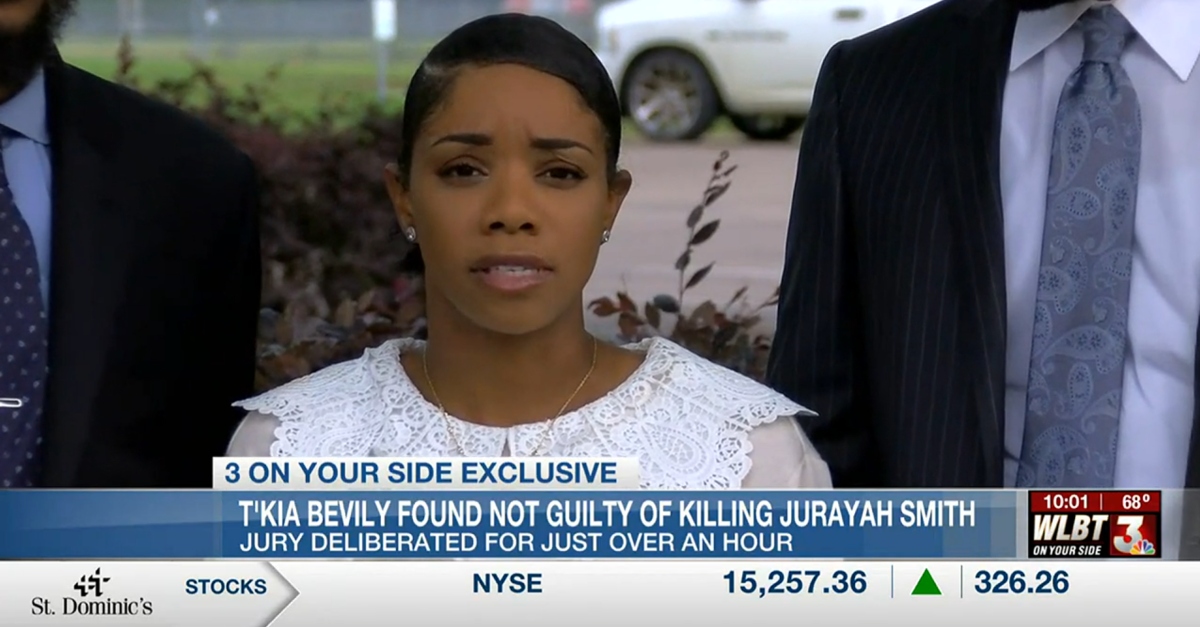 In her second trial, a Mississippi woman was acquitted of murdering her 14-month-old stepdaughter. T’Kia Bevily welcomed the news more than a year after she was convicted in an initial trial for allegedly murdering young Jurayah Smith.

“When I heard Judge Irving say ‘not guilty,’ I was kind of in shock a little bit,” she said Friday, according to WLBT. “And then when it really hit me, I broke down.”

Prosecutors said that she and the child’s biological father Morris Bevily were responsible for the young girl’s death in October 2017. She was in their care when she sustained multiple blunt-force injuries to her head, authorities said.

A judge in Claiborne County overturned the verdict in September 2021 after determining a juror turned out to be the child’s great uncle. Bevily’s attorneys successfully got the court to move trial to Monroe County, arguing that they could not get a fair trial in Claiborne. The result of the retrial was a complete 180 from the first.

The trial against Morris has yet to happen but is reportedly expected to take place this year.

Though Bevily’s team happily accepted the verdict, WLBT noted that family members and friends of the child’s biological mother DeDreuna Smith were visibly distraught at the acquittal.

Back in February 2021, DeDreuna thanked God, the district attorney, and the state of Mississippi for pursing justice on behalf of Jurayah. Bevily had been convicted of capital murder and sentenced to life in prison without the possibility of parole.

“Knowing that the person responsible for the homicide of my precious Jurayah is being held accountable for their actions brings a feeling of relief over my whole family,” she said, according to WAPT. “Receiving this guilty verdict is only the start of the healing process for my family, our friends, loved ones & myself. We’re grateful for the outcome and we’re hopeful for the peaceful closure that this process has brought.”

Attorneys for Bevily are promising to more activity in the future on behalf on their client.