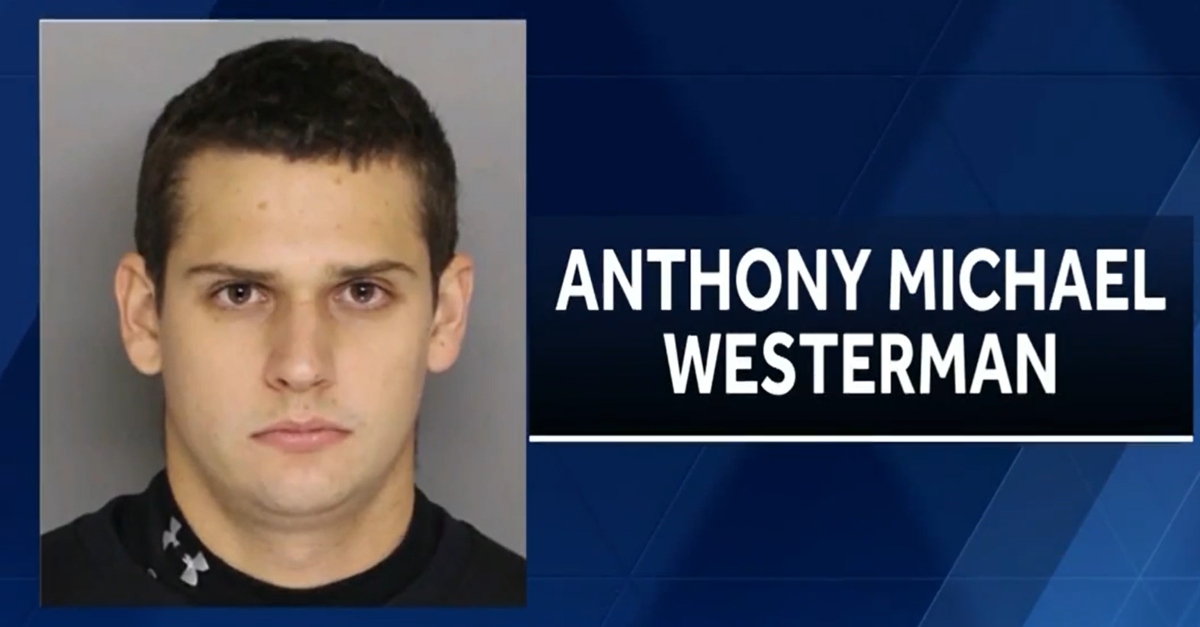 Fifteen years: That’s how long a fired police officer could have spent in prison for rape, but a judge suspended most of the sentence and let the defendant serve the rest another way. Anthony Michael Westerman, 27, of Baltimore County only has to do four years of house arrest, prosecutors said last Monday according to CBS and other outlets.

Judge Keith Truffer reasoned that there was no evidence that the woman experienced psychological harm even though, prosecutors said, she got therapy, according to The Baltimore Sun.

Westerman only has to spend one day in jail for a separate 2019 second-degree assault, which Truffer described as a “boorish act.” Westerman grabbed and attempted to kiss a woman at a birthday party, prosecutors said.

In the rape incident, Westerman was at a bar off-duty on Oct. 4, 2017 when he said he would get an Uber to bring a 22-year-old woman and her friend to the friend’s home. Instead, he had them taken to his home, according to prosecutors in a Washington Post report.

“I’m disappointed in the outcome,” State’s Attorney Scott Shellenberger told the Sun. “I do not believe when you’re convicted of second-degree rape that home detention is appropriate and I certainly don’t believe only four years on this kind of crime is appropriate.”

Westerman plans to appeal, his attorney Brian Thompson said, according to the Post.

“He maintains his innocence, and we intend to keep fighting until we clear his name,” he said. “He did not commit a crime. This was two drunk people hooking up, and it turned into an alleged crime several years later.”

Whatever future Westerman has, it won’t be with the Baltimore County Police Department. They fired him, the department said Wednesday.