After Getting Struck by Train, Texas Man Abandoned Daughter with Broken Leg in a Stranger’s Shed and Stole a Car: Police 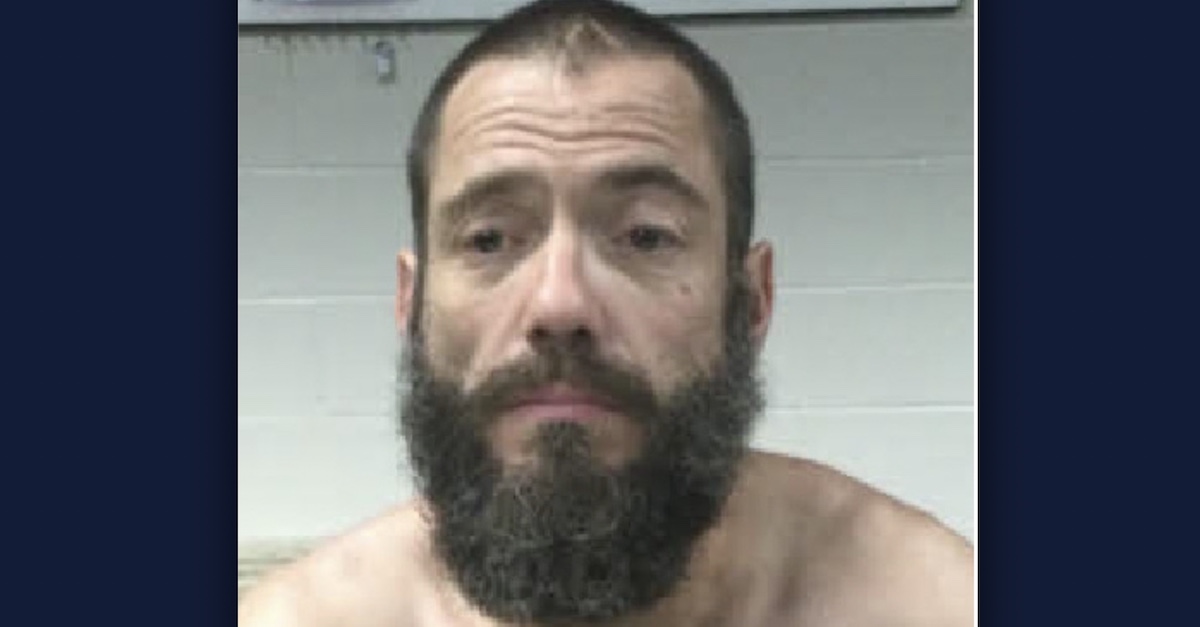 A 43-year-old man in Texas was arrested for allegedly abandoning his injured 9-month-old baby — who had a broken leg — in a stranger’s shed and stealing a truck. Authorities thought the Lone Star State man was already in jail.

Clifford Jason Guynes was arrested this week and charged with one count each of felony injury to a child causing serious bodily harm, felony abandoning/endangering a child, and felony vehicle theft, authorities confirmed to Law&Crime.

According to a press release from the Livingston Police Department, officers at approximately 3:30 a.m. on Saturday received a 911 call from Union Pacific Railroad regarding a train in Livingston that may have “struck an individual laying parallel to the track.”

Upon arriving at the scene, first responders say, they spoke to the train engineer who provided a physical description of the individual as being a white male of medium build in a light colored shirt. Police and firefighters say they immediately began to search the area where the man was struck. Authorities reported spending several hours walking the entire length of the train, searching the area on foot and using a drone, but the man was never located. However, searchers did recover a pair of pants, boots, and a cell phone from the area where the man was allegedly struck.

At approximately 7 a.m., authorities declared the search over and the train continued to its destination.

Livingston PD at approximately 7:30 a.m. responded to a call from a home located on Youngs Lane, located about an hour north of Houston, regarding a vehicle being stolen by a white male who was wearing only a light colored shirt and underwear. The home was located “adjacent to the railroad tracks” where the man was reportedly struck and the personal items were recovered.

“After conducting the investigation, the victim’s vehicle was entered as stolen and the suspect could be the individual that was struck by the train earlier,” police wrote in the release.

Several hours later, at approximately 9:30 a.m., another call came into the Livingston Police Department from a residence located on Youngs Lane. The caller told the emergency dispatcher that they had just found a small infant in the shed behind their home.

Officers and Emergency Medical Services (EMS) personnel immediately responded to the home. Upon arriving at the scene, authorities found “a small female child, approximately 7-8 months old with visible bodily injuries.” Investigators processed the scene and collected biological evidence while the infant was transported to a local hospital for treatment. The child was later transferred to Texas Children’s Hospital in Houston.

As investigators were processing the scene, the San Jacinto County Sheriff’s Office contacted Livingston PD and notified the department that the stolen vehicle had been located and recovered in Coldspring, Texas. The driver, identified as Clifford Jason Guynes, of Splendora, was being detained.

“The San Jacinto County Sheriff’s Office stated Guynes had visible body injuries and stated he has been struck by a train. The Sheriff’s Office summoned EMS to their scene and Guynes was later transported by ambulance to CHI St Lukes Health Hospital in Livingston,” the release states. “During the investigation, Guynes stated he had left his daughter in a shed but could not remember where. It is unclear at this time how Guynes’ daughter received her injuries, but Guynes injuries were not life threatening and stated he was struck by the train.”

Authorities say they later recovered a green Chevrolet truck from “an extremely wooded area near the location of where Guynes was struck by the train.” The vehicle was registered to Guynes, who had not mentioned it to investigators. The truck was impounded and searched for evidence.

Police say that the baby underwent surgery to have her femur pinned but is now doing fine.