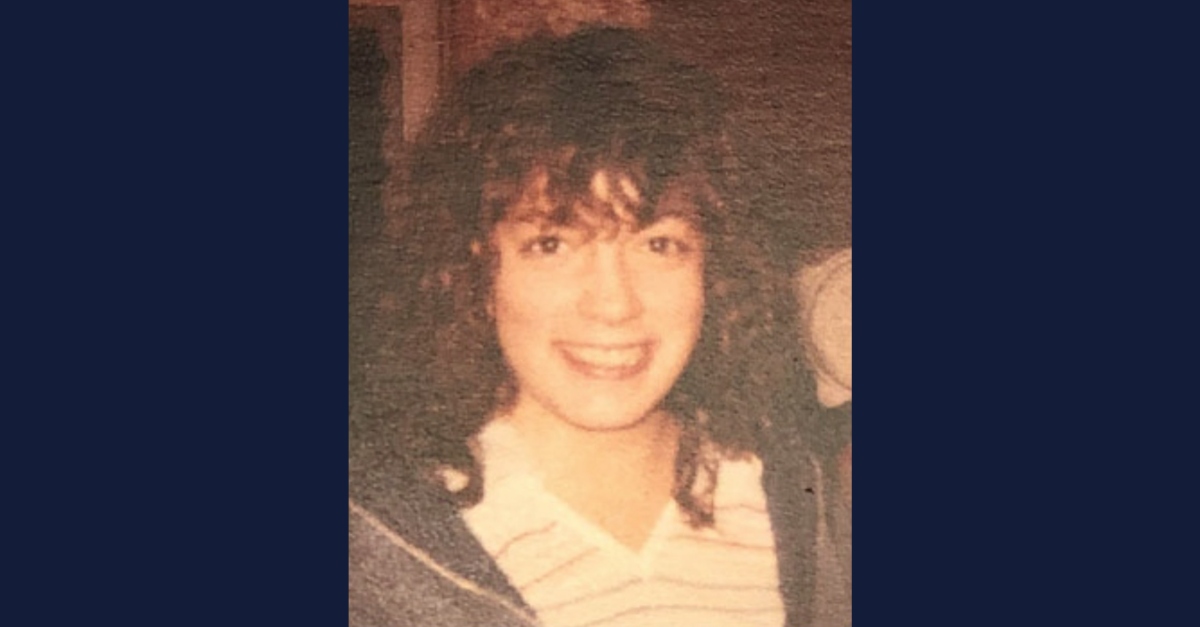 After four decades, authorities have announced murder charges against a man who allegedly killed a teenage girl in 1982 and abandoned her body at a cemetery.

He was already locked up in a New York State prison for two counts of second-degree murder in a 2000 conviction and has been eligible since 2018 for parole from a life sentence, online records show. But prosecutors say he has confessed to killing the well-known but unidentified victim of a 1982 murder. Authorities identified Dawn Olanick, 17, as the girl long known as Princess Doe.

Police in Blairstown Township, New Jersey, responded on July 15, 1982 — exactly 40 years ago — after a worker at the Cedar Ridge Cemetery found Olanick dead at the north end of the premises in a heavily wooded area near a steep embankment leading down to a stream, prosecutors said.

“The body was determined to be that of a white female who was wearing a red and white print skirt and a red pull over short sleeve shirt,” prosecutors said. “No undergarments were on the victim or found in the vicinity. In addition, the victim was found with no socks, shoes or stockings.”

She died from blunt force trauma to the face and head with multiple fractures, prosecutors said. Initial attempts to identify her through available records, including from the FBI’s database, failed.

“I got tired of writing the name ‘Jane Doe,'” he said in a profile from the time. “There’s a million Jane Does. There’re all in the cemetery, and they all have unmarked graves. I just wanted to give her some personality. Some identity. That’s why I named her Princess Doe.”

Blairstown locals adopted her as one of their own, paying for her burial and headstone. She was laid to rest yards from where the worker found her dead.

Kinlaw, however, confessed in 2005 while a prison inmate, prosecutors said. The sticking point was that investigators still could not identify “Princess,” so they could not corroborate his statement.

“On May 5, 2005, a written letter was received from Arthur Kinlaw, an inmate at the Sullivan Correctional Facility, Riverside Drive, Fallsburg, New York,” Warren County prosecutors said. “Arthur Kinlaw indicated that he wished to be interviewed and confess to the murder of the unidentified female that was found in Blairstown Township, Warren County, New Jersey in 1982. A formal statement was taken by Lieutenant Spiers of the Warren County Prosecutor’s Office and Detective Howard Brown of the NJSP Troop ‘B’ Criminal Investigations Office. Mr. Kinlaw had previously written an affidavit of facts pertaining to the murder which he provided. Mr. Kinlaw stated that he was physically responsible for the death of the unidentified female found in the cemetery in Blairstown, New Jersey.”

The sticking point back then, and through all these years, was that police were not able to identify the victim’s true identity.

That changed years later on April 29, 2022 after investigators retested her DNA for a genealogical profile. They located her brother, who confirmed Dawn was his sister and missing since 1982. Dawn’s sister gave DNA samples, and investigators confirmed the familial link — and Princess Doe’s identity.

Olanick lived with her mother and sister in the city of Bohemia on New York’s Long Island after her parents divorced.

“At the age of 16 or 17 she left her mother’s residence,” deputies said. “Dawn was enrolled in the Connetquot Central School District up until the final marking period of her Junior year (1982).”

Authorities say Kinlaw tried to lure her into prostitution. She refused, and he drove her to New Jersey where he killed her, authorities said.

“Since that time [his 2005 confession], Kinlaw has made various admissions indicating that he was responsible for the murder,” prosecutors wrote.