‘They Were Not Patriots’: Judge Sentences Upstate New York Men to Three Years in Prison for Using Chemical Spray on Cops on Jan. 6 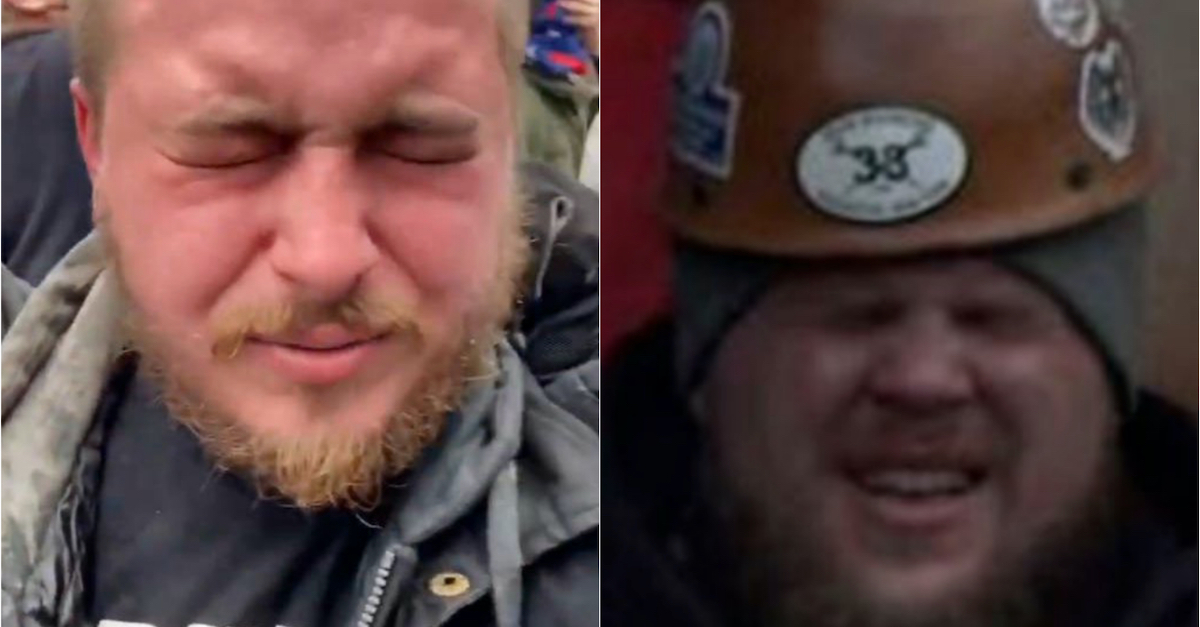 Two men from upstate New York who unloaded cans of chemical spray directly upon police officers trying to protect the Capitol on Jan. 6 will spend more than three years behind bars.

Cody Mattice, 29, and James Mault, 30, traveled with several other people from the area of Rochester, New York, to Washington, D.C., making the roughly seven-hour drive in order to attend Donald Trump‘s so-called “Stop the Steal” rally. After the former president spoke, exhorting the crowd to “march down Pennsylvania Avenue toward the Capitol,” Mattice and Mault started walking.

Prosecutors suggest that both of the men came spoiling for a fight.

The day before the siege, Mault suggested to Mattice and others in a Jan. 5 text message that they bring batons, pepper spray, helmets, eye protection and “asskicking boots,” prosecutors say.

Like other Jan. 6 defendants, Mattice left a digital trail of his actions, texting his family and expressing his enthusiasm for what he was about to do.

But Mattice and Mault did more than just march.

During a confrontation with police at around 2:30 p.m., Mattice pulled down a metal barricade, forcing it away from police and onto the ground; within moments, the police line was overwhelmed.

Mattice and Mault joined other rioters in facing off against police in the melee at the Lower West Terrace tunnel. They eventually made their way to the front of the crowd, circumventing the mob’s density by crawling atop rioters’ heads to reach the tunnel entrance. Once there, hanging from the arch, Mattice was handed a canister from a fellow rioter, and at around 4:05 p.m., he discharged it, aiming directly at police. He fell backwards into the crowd after about 10 seconds.

Mault, having also received a can of chemical spray from someone in the crowd, went next, this time, shooting the contents of the can directly at a police officer identified in court filings only as Officer M.A. After about five seconds, the can appeared to be empty, but not before its contents reached its intended target.

Mault also passed along a canister to another rioter who discharged it at police in the tunnel.

Both men pleaded guilty in March to a single count of assaulting, resisting, or impeding officers, a felony punishable by up to eight years in prison, three years supervised release, and a fine of up to $250,000. The plea agreement estimated a sentence range of 37 to 46 months.

Prosecutors had asked for a sentence of 44 months behind bars; attorneys for both defendants requested a downward variance, but did not specify a particular range.

Both men will also have to pay $2,000 in restitution toward the estimated $2.7 million in damage to the Capitol.

Howell, a Barack Obama appointee, had sharp words for Mattice and Mault at Friday’s sentencing.

“These defendants deliberately took aim at police officers guarding the tunnel, trying to stop hundreds of aggressive rioters from entering the Capitol through that entrance, and they attacked the officers with a dangerous weapon,” Howell said. The judge noted that even though they didn’t enter the building, their actions “propelled them to a tier of culpability” higher than some of the rioters who did.

Howell also said the defendants were severely mislead as to their own role in the riot, even after Jan. 6.

“They maintained some sort of delusional belief that they were the patriots,” Howell said. “They were not patriots on Jan. 6 and no one, no one who broke the police line and stopped the democratic process was a patriot that day.”

Howell took special note of the fact that Mault, who re-enlisted in the Army after Jan. 6, believed that because he had passed the initial background check, he was somehow in the clear for his role in the tunnel melee.

Howell then put anyone who was at the Capitol that day on notice.

“People who were there on Jan. 6 who weren’t caught yet should be aware that this [U.S. Attorney’s office] is going to be relentless, as they should be,” Howell said.