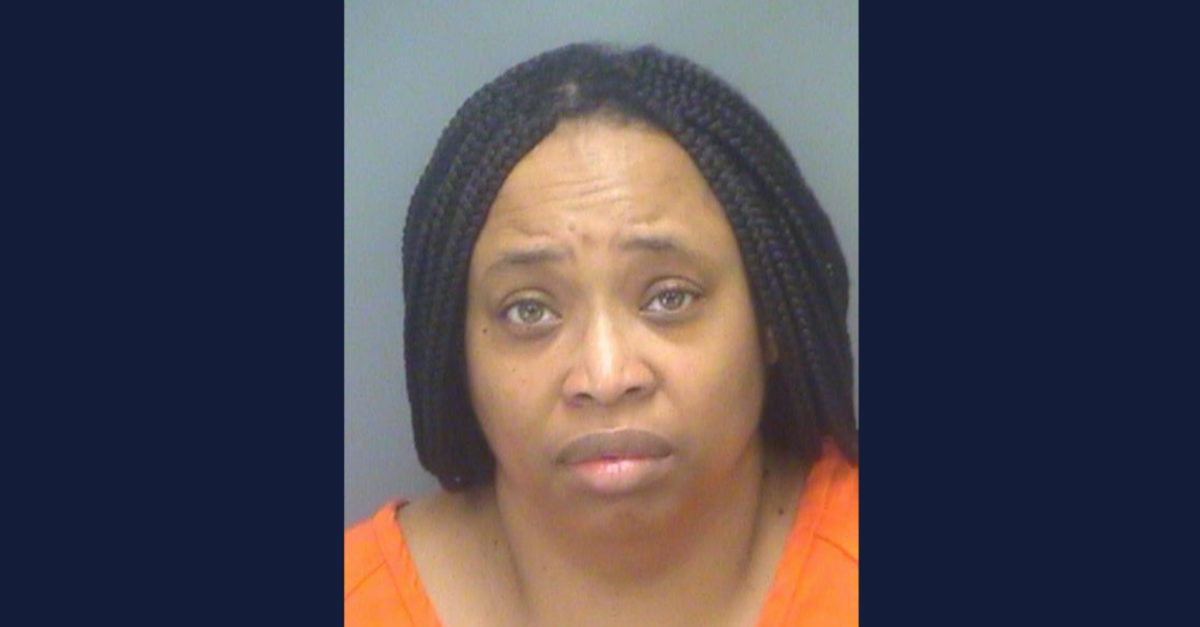 A woman who created an account on a dark web website in order to try to kill her ex-boyfriend’s wife will head to prison for six-and-a-half years for her botched attempt, The Tampa Bay Times reported on Wednesday.

The judge’s sentence edges lower than the nine years in prison that prosecutors wanted for DeAnna Marie Stinson, a 51-year-old customer at an unnamed website dedicated entirely to murder-for-hire services.

“If you are looking to have someone murdered, beaten, kidnapped you have arrived at the best place,” the homepage of the website, billing itself as the “#1 hitmen service,” stated, according to Stinson’s sentencing memo.

Luckily for the target, prosecutors say, the website turned out to be a “scam.”

Calling her behavior “abhorrent,” prosecutors wrote in their briefing: “Stinson has shown a brazen disregard for human life and has volunteered to illustrate the repercussions for behavior a civilized society deems unacceptable.” They reportedly echoed the same themes at her sentencing hearing, describing her conduct as “calculating” and “brazen.” Her family and friends, including pastors, reportedly depicted her a once God-fearing woman who went astray, highlighting her master’s degree in accounting, her business in financial services, and her work as a chief financial officer in a church.

For U.S. District Judge Steven Merryday, who sentenced her, Stinson was both the woman described by the government and the one known to her loved ones.

“It is true these two people exist,” Merryday said, according to the Times. “They are actually the same person.”

Prosecutors described Stinson’s quest to get her ex’s wife killed as relentless. She created an account on a website on the dark web that claimed to offer services for customers, according to the U.S. Department of Justice when she pleaded guilty in January. That was June 24, 2021. The next day, she made an “order” for a hitman to make a “quick hit in south Florida” to kill the wife of her ex-boyfriend. She went as far as to give the woman’s name, address, and photograph, authorities said.

Stinson through July 31, 2021 repeatedly urged the website administrators get the hit done, authorities said. She made four more orders, and paid more than $12,000 in Bitcoin to get the assassination done. Stinson offered a bonus if the killing was done by a specific date, prosecutors said.

She did not get an update by July 31, 2021, so she told administrators to “reassign the job to someone who has a history of getting jobs done” because she needed it committed “ASAP.”

According to authorities, law enforcement got information about what she was doing, and they got records showing she paid Bitcoin to that website on the dark web. An undercover agent got in touch with her, pretending to be a hitman for the site. Stinson confirmed through a phone call that she wanted the woman killed, and she agreed to send more Bitcoin so it could not be traced.

It was on Sept. 13, 2021, that she paid $350 in Bitcoin to the undercover agent for the purchase of a revolver to commit the hit, authorities said.

“Do not do at the home,” one of Stinson’s messages stated during this time period, according to court papers. “Any place else is fine. Need completed during July—preferably between July 5th and 11th.”

Audio of the sting operation was played in court. The “hitman” told Stinson over the phone that he would make the killing look like a robbery. The man—actually the undercover agent—wanted to know she really wanted him to do it. She confirmed she did.

The woman targeted in the murder plot presented a letter to the court, which a prosecutor read. She said an FBI agent visited her last summer to tell her of the threat. She voiced experiencing constant fear of harm, as well as anger and grief. She discussed adding cameras, alarms, and new locks to her home because of what happened.

“This entire event has been shocking, disturbing and caused undue stress for me,” she wrote, noting that she knew Stinson through church but that there was never any problems between them.

“I wish there was another word for sorry,” Stinson reportedly said in court. “I am truly sorry that my brokenness could bring discord to their family.”