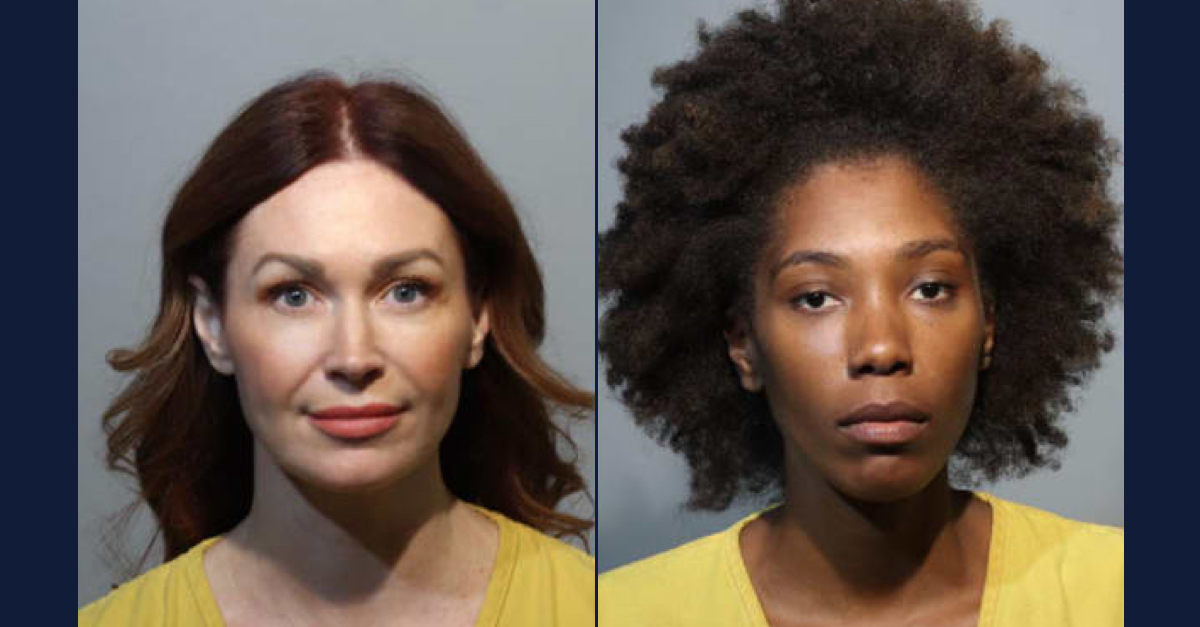 A Florida bride and the woman who catered her wedding have been charged with allegedly sneaking cannabis into food served at the event without the guests’ permission or knowledge, resulting in several of them getting so sick they needed to go to the hospital.

Police documents describe a wedding with about 50 guests that started out as a celebration on Feb. 19 but turned into a nightmare once the guests started eating. After several guests started getting sick, Seminole County deputies were called to the scene. One of the deputies was told that several guests had “possibly ingested cannabis via the food that was being served at the wedding.”

They first confronted the groom, Andrew Svoboda, and asked him whether the guests had either consented to or requested that the food contain cannabis.

“Upon asking that question, Andrew Svoboda stared at Deputy Donald Schwarzman with a blank expression for a few moments before stuttering through a ‘no,'” an arrest warrant affidavit said.

The deputies then started collecting samples of food and items that might have contained residue, including several glasses, a bowl, a plate, and a “handful of lasagna [that] was taken directly from a large container of lasagna that was placed out during the event.” Officers also collected some dessert items for testing.

When they started talking to guests, deputies found that some had experienced some serious-sounding symptoms after eating some of the food served, including meatballs, Caesar salad, tortellini, and “bread with an olive oil and herb dip.”

One guest said that he “felt tingly, his heart started to race, and [he] was having crazy thoughts,” according to the affidavit.

Another guest said she felt “numb, helpless and her mind was playing strange things in her head [and] described seeing the ‘side of a house.'”

That guest, the affidavit said, experienced paranoia and believed that her son-in-law had died and her family hadn’t told her. She was taken to the hospital where she apparently became “loud and unruly and had to be given something to calm down.”

At least one other guest got so sick she started vomiting. Another guest told police he was “so drugged that he was having difficult operating his cellphone to order an Uber” to take him to the hospital.

All the guests who were tested for cannabis showed positive results. None of them who were interviewed by police said they had consented to being given cannabis in their food that night, and each of them said that they would support prosecuting anyone who had tampered with the food.

The affidavit says that at one point, Bryant, the caterer, told guest Miranda Cady that the food was laced:

Cady, apparently not believing that Bryant was telling the truth, ate the food anyway.

“After eating the bread and oil, Miranda Cady said she felt stoned,” the affidavit said.

Svoboda then acknowledged Cady that she had put pot in the food:

Cady also said she saw Bryant removing “a green substance” from a large punch bowl and placing it into small dishes that would later hold the olive oil that was served to the guests.

“It should be noted what Miranda Cady was referring to what is commonly referred to as marijuana ‘shake’ which is the small scraps that fall off of larger amounts of marijuana,” the affidavit said.

Both Svoboda and Bryant have been released on bond. They are scheduled to be arraigned on June 7.

You can read the arrest warrant affidavits, below.