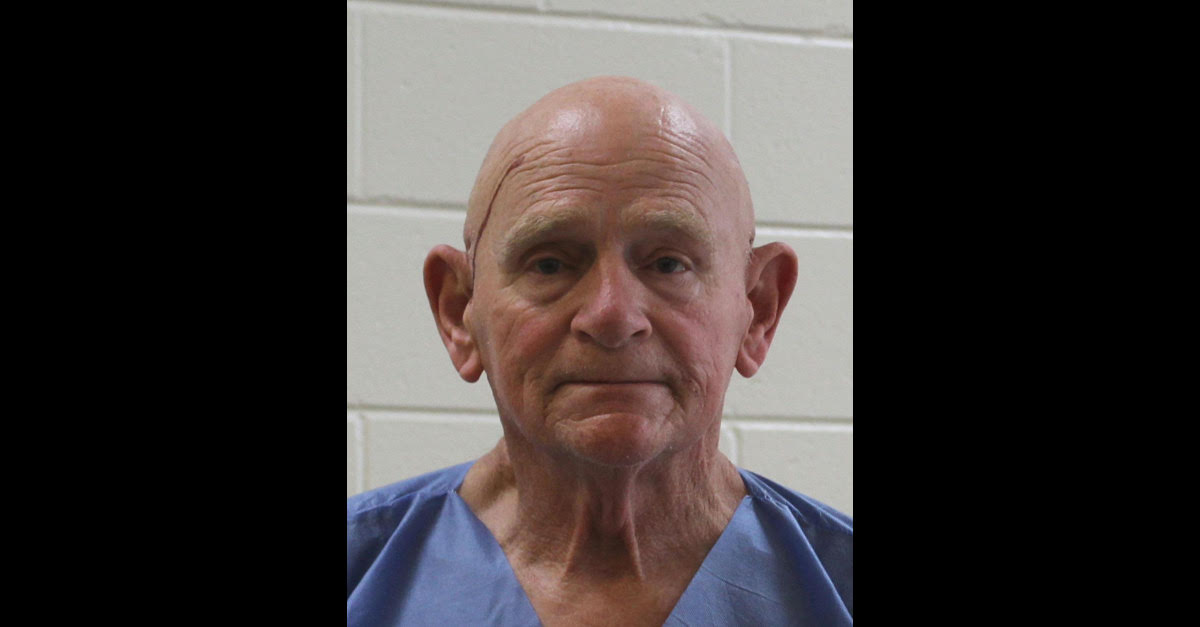 A 79-year-old man in Georgia convicted of killing his 60-year-old wife has been sentenced to life in prison.

Harold “Bud” Seidenfaden stabbed his wife Debra Seidenfaden to death in February, according to the Houston County District Attorney’s Office.

The two were apparently arguing on over Harold’s shoulder surgery scheduled for the following day.

“At some point during the argument, Mr. Seidenfaden grabbed a knife and stabbed and cut the victim multiple times,” the Houston County DA’s office said in a press release announcing the verdict Tuesday.

Investigators on the scene recovered several pieces of physical evidence, including multiple knives appearing to be stained with blood, the press release said.

Seidenfaden had waived his right to a jury trial, according to the press release.

Seidenfaden will eventually be eligible for parole. Due to the knife possession charge, he must serve five years’ probation if he is released.

According to a report by local CBS affiliate WMAZ, Debra Seidenfaden was a bus driver. She was found dead inside her RV on Feb. 8, after a 911 call around 9:30 a.m. that day.

According to the Houston County sheriff’s office, Seidenfaden told a neighbor he had an argument with his wife and killed her, the WMAZ report said.

“He was always a real friendly, a real people person kind of guy,” Todd Williams, who knew Seidenfaden from the Perry Athletic Club, reportedly said. “That’s why it’s hard to piece together why something like this happened.”

According to the sheriff’s office, they have no previous reports or records of Seidenfaden, WMAZ reported.

Facebook pages for both Harold and Debra Seidenfaden still appeared to be up at the time of this story’s publication.

“I have the most wonderful family and Hubby in the world! Couldn’t Imagine my life without them!” read the intro for the Facebook page belonging to Debbie McPhail Seidenfaden, whose profile says she lives in Perry and works for the Houston County Board of Education.

A Facebook page belonging to a Bud Seidenfaden featured a picture of a man appearing to be the same one in the booking photo provided by the Houston County DA’s office. His last post was on Jan. 12.

“This case is heartbreaking,” Houston County Assistant District Attorney Justin Duane said in a statement. “We are glad that Mr. Seidenfaden was held accountable for his actions. We hope that today’s verdict provides some closure for the victim’s family.”

“Our community is safer because of the hard work of law enforcement,” Duane added.

“The Houston D.A.’s Office will continue to seek justice for victims of family violence in Houston County, regardless of the age, circumstances, or reputation of the accused,” acting DA William Kendall said in the statement. “We are grateful for the efforts of the Houston County Sheriffs Office and Perry Police Department in solving this murder, holding the guilty party responsible, and always working to protect our citizens from violent domestic situations.”