3 People Dead and 3 Injured After Shooting at Tavern in Kenosha County, Wisconsin 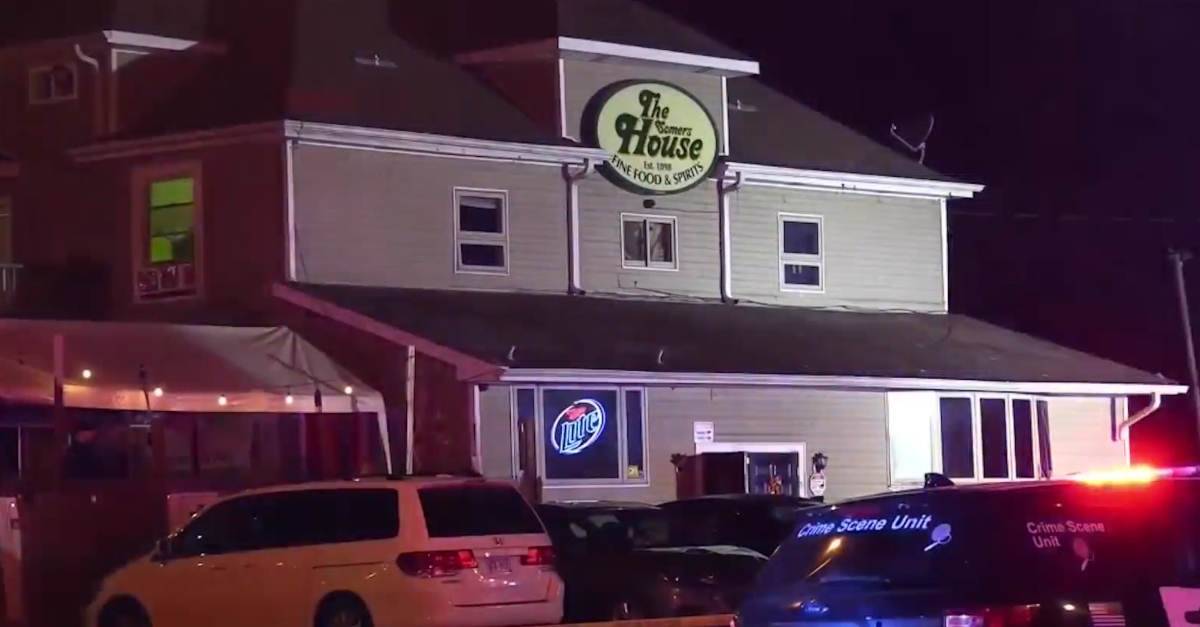 Update – 6:45 p.m.: Deputies announced Sunday that there was a confirmed third person injured in the incident, and at least one other possible, unconfirmed victim. They announced the arrest of a suspect, but did not identify this person, only saying the defendant will face a count of first-degree intentional homicide and possibly more charges pending the investigation.

Sheriff’s deputies in Kenosha County, Wisconsin said there was a fatal shooting early Sunday morning at the Somers House tavern. Three people died, and two survived with gunshot wounds, albeit with serious injuries, authorities said. The suspect has not been found.

The incident happened at about 12:42 a.m. CT, according to the Kenosha County Sheriff’s Department. Authorities assert this was a “targeted and isolated incident.”

Investigators said they think that the shooter opened fire after getting kicked out of the business, according to WGN.

Kenosha Co. Deputies are still searching for the man who opened fire at The Somers House bar overnight. Sheriff says another shooter likely exchanged gunfire with the man. 3 people were killed and at least 2 wounded. The latest on @nbcchicago at 10am. pic.twitter.com/Bd9EJy8Evt

The Sheriff’s Department said that they don’t believe there is a threat to the community. Nonetheless, deputies said they have not found the suspect. He is described as a Black man standing over six feet tall in a light-colored hooded sweatshirt.

Police, fire and EMS responding to the early morning scene at Somers House after the shooting #Kenosha #Wisconsin pic.twitter.com/kMhPm7OI3z

Deputies said Sunday morning that they still have to figure out the names, ages, and cities of residence of the victims. The survivors were taken to area hospitals.

The investigation is ongoing. Deputies ask that anyone with information call the Sheriff’s Department at (262) 605-5100. You can anonymously contact the Kenosha County Crime Stoppers at (262) 656-7333.

[Screengrab via CapturedNews by way of WGN]