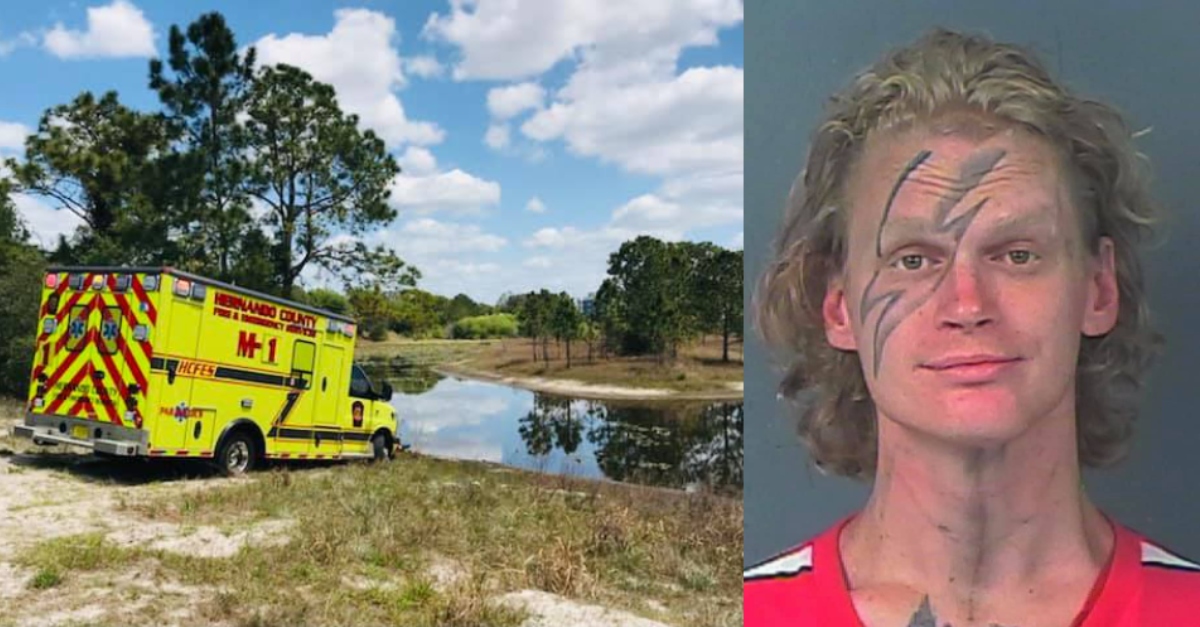 A man in Hernando County, Florida is accused of stealing an ambulance, and getting it stuck in mud. We’re no experts in committing grand theft auto, but we’re pretty sure that could have gone way better.

Trey Allen Cornwell, 29, was arrested Sunday, authorities say. According to deputies, the ambulance crew was inside the Oak Hill Hospital to drop off a patient. It was 12:27 p.m. Cornwell allegedly used this time to make off with the vehicle, which is owned by the Hernando County Fire & Emergency Services.

Deputies say the defendant drove it to the Kass Circle neighborhood near Port Court, but he got it stuck in mud and sand, as seen in the picture above. According to authorities, the vehicle had been approaching the body of water. That’s how they phrased it:

The suspect, later identified Trey Cornwell DOB/03-14-1992, drove the ambulance to the Kass Circle area off of Port Court.

Cornwell got the ambulance stuck in mud and sand as it approached a nearby body of water off of Port Court.

The chase did not end there, in this story. Cornwell allegedly fled, making his way to a nearby shopping plaza. This chase did not last long. Authorities took him into custody near a sheriff’s office substation. The alleged motive behind the incident remains unclear.

The defendant is charged with grand theft auto, and remains at the Hernando County Detention Center in lieu of a $10,000 bond.

[Image of the ambulance, and mugshot of Cornwell is Hernando County Sheriff’s Office.]