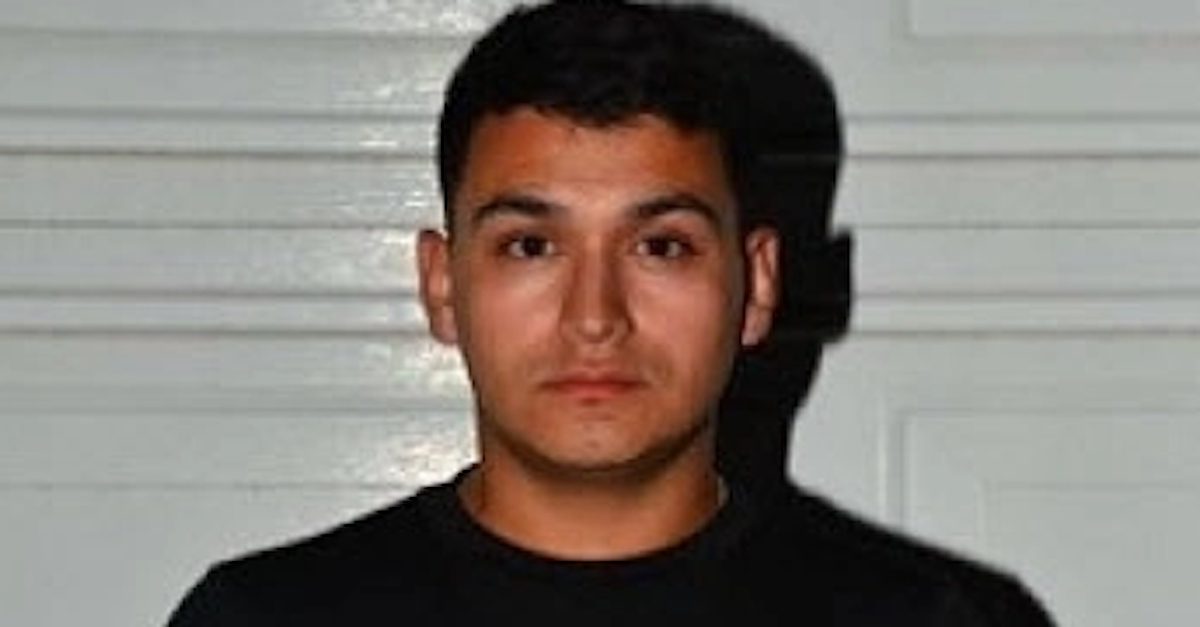 A 23-year-old man in Hawaii allegedly admitted to choking and stabbing his 73-year-old lover to death, attempting to stage the scene as a suicide, and then trying to bury the body in a cement-filled bathtub.

Juan Tejedor Baron was taken into custody by federal and state authorities in California and charged with one count each of second-degree murder, first-degree identity theft, and first-degree theft in the death of Gary Ruby, court documents reviewed by Law&Crime show.

According to a probable cause affidavit filed in Honolulu’s First Circuit District Court, officers with the Honolulu Police Department at approximately 10:30 a.m. on March 7 responded to a request for a welfare check at Gary’s residence located in the 300 block of Lelekepue Place on Hawaii Loa Ridge. Lorne Ruby, Gary’s brother, made the request, telling police he had not heard from his brother in approximately three weeks. Lorne told investigators that in his last correspondence with his Gary, his brother mentioned a “new love interest named Juan” who was “significantly younger than Gary.”

The following day, March 8, police searched Gary’s home where they found “a bathtub in the master bathroom was filled with a concrete-plaster substance with a layer of coffee grounds on the surface,” per the affidavit. Police excavated the tub and found Gary’s body encased in the concrete-like substance. A forensic pathologist determined the cause of death was homicide.

U.S. Marshals and officers with the Los Angeles Police Department on March 9 arrested Baron after finding him “hiding in a crawl space under an enclosed bench at the rear of the bus.”

Authorities said that March 10 Baron “waived his constitutional right to remain silent and consented to a Mirandized interview.”

During that subsequent interview with detectives, he allegedly confessed to killing Gary after the two men had sex.

“Baron stated he had sex with Gary but became angry after Gary informed Baron that Gary was HIV positive,” the affidavit states. “Baron stated that soon after, he noticed Gary choked on food, and Baron reacted by placing a belt around Gary’s neck and tightening the belt until Gary lost consciousness. Baron then dragged Gary to the bathtub and used a kitchen knife to slit Gary’s wrists in an effort to stage a suicide.”

Finding several bags of concrete in Gary’s garage, Baron allegedly purchased four additional bags, filled the bathtub with concrete to cover Gary, then covered that with coffee grounds to “conceal the smell of decomposition.”

As the interview came to a close, Baron allegedly admitted that he was planning to fraudulently acquire Gary’s house and car. He allegedly said he had already forged ownership papers to transfer the title to Gary’s 2020 Audi and submitted them on Feb. 7, 2022.

Baron is currently being held at the LAPD Metro Detention Center without bond as he awaits extradition. He is scheduled to appear before a judge at the Los Angeles Municipal Court on Monday, jail records show.