22-Year-Old Kansas Mayor Suspected of Driving Under the Influence, Failing to ‘Maintain a Single Lane of Traffic’: Police 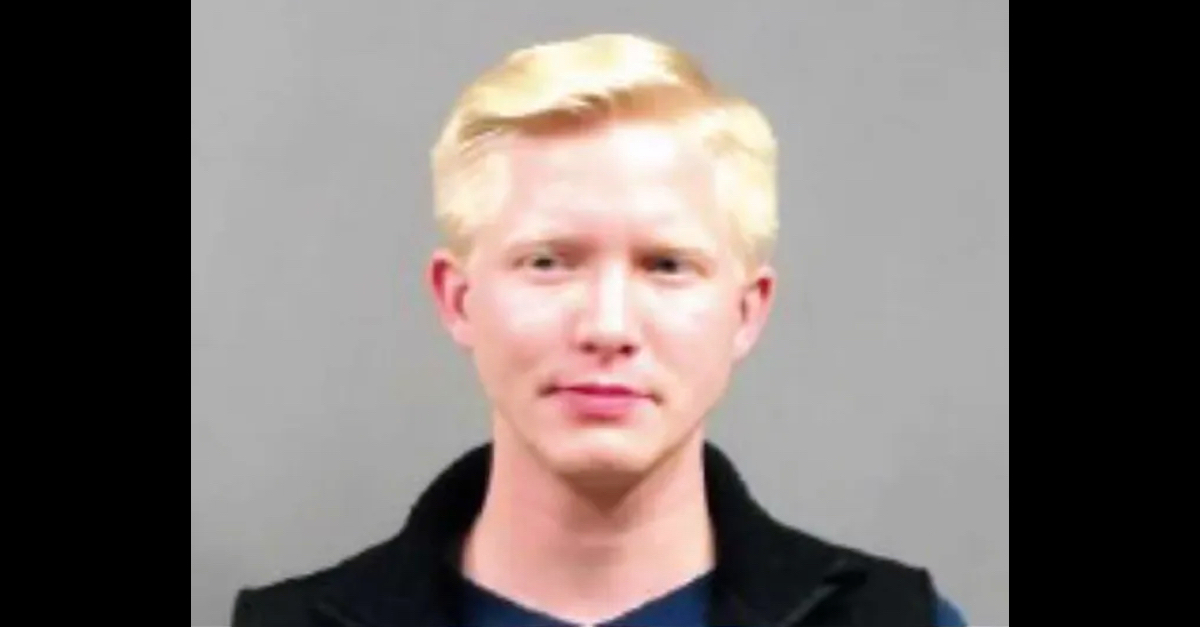 The 22-year-old mayor of Goddard, Kansas, was arrested over the weekend on suspicion of driving under the influence of alcohol or drugs and driving improperly on a laned roadway. That’s according to a collection of reports from local television stations and newspapers and jail records reviewed by Law&Crime.

The records indicate that Hunter Coby Larkin, a Republican, bonded out of the custody of the Sedgwick County Sheriff’s Office after being arrested on Saturday. The suburban Wichita mayor was nabbed by the Kansas Highway Patrol near Kellogg Drive and Tyler Road in West Wichita, according to reports from ABC affiliate KAKE and other television stations. Citing booking records, the Wichita Eagle reported that Larkin failed “to maintain a single lane of traffic” and was pulled over at 1:26 a.m. NPR affiliate KMUW-FM reported that Larkin was booked at 3:04 a.m.

Both KMUW and CBS affiliate KWCH said Larkin became mayor by appointment in August 2020 after a former mayor, Jamey Blubaugh, resigned due to his own brush with the law. Former mayor Blubaugh and his wife were accused of “counterfeiting tickets to a Sedgwick County Zoo event,” KWCH noted.

Larkin filed papers to run for the Kansas House of Representatives in August, KWCH said. His campaign website boasts that he “has been able to achieve goals that no other governing body member has been able to accomplish in Goddard.”

Larkin’s website also says he “learned” his skills “by working in the oil and real estate industry for four years, where time, relationships and communication are so vital.”

The City of Goddard’s own website says Larkin was formerly the president of the city council.

“Hunter is employed by an oilfield pipe manufacturer as the head of the accounting and HR department,” the city’s website continues. “He also holds a Real Estate license where he specializes in the commercial real estate market.”

Larkin did not respond to a Law&Crime email seeking comment about the arrest. He also has reportedly not responded to other news organizations who have reached out for comment.

Law&Crime was unable to locate a court date or an attorney of record for Larkin by searching local municipal court records. KMUW said no court date has been set. Lt. Benjamin Blick of the Sedgwick County Sheriff’s Office did not provide additional information for the radio station beyond the basic recitation that Larkin had been arrested.

Several news organizations noted that driving under the influence of drugs or alcohol is a misdemeanor in Kansas.

It is unclear if a prosecution against Larkin has been commenced. The Wichita City Attorney’s Office, which normally handles traffic-level offenses within city limits, told Law&Crime that the Sedgwick County District Attorney’s Office would likely determine whether to press forward with the case because the Kansas Highway Patrol made the original arrest.  The DA’s office has not replied to a Law&Crime request for information on whether it plans to prosecute Larkin or whether it plans to decline a prosecution.

[Editor’s note:  this report has been updated to note that the DA’s office will likely determine whether to file formal charges.]