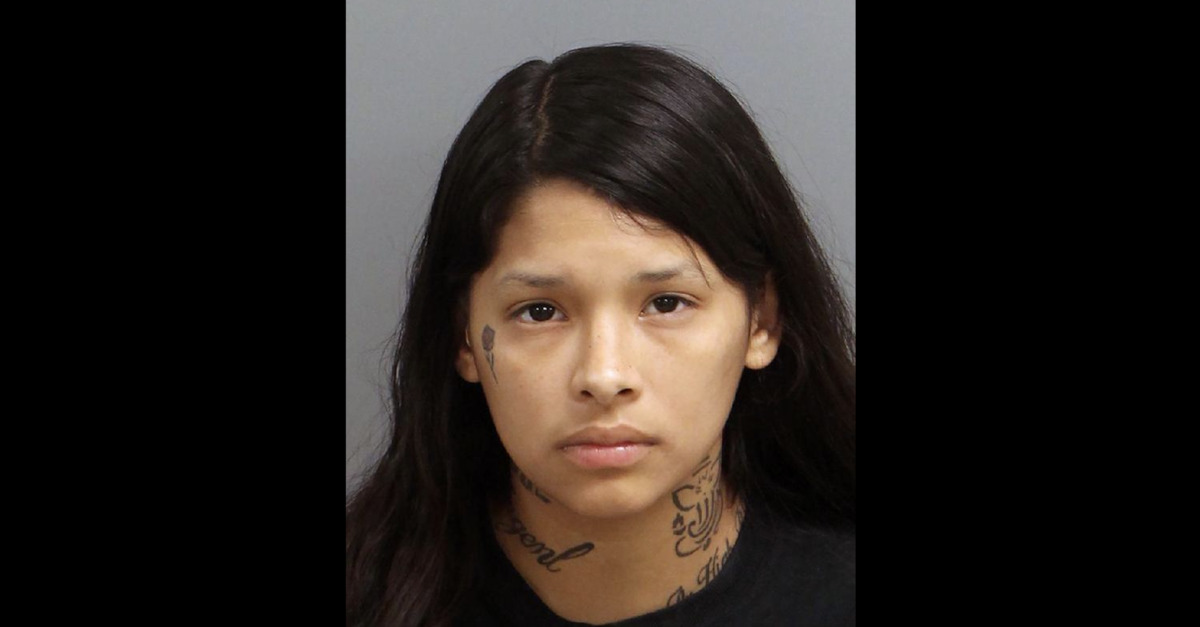 A North Carolina woman has been charged with the murder of man who was recently found dying in a cemetery.

Maria Elizabeth Peña-Echeverria, 18, was arrested by the Raleigh Police Department on Saturday night over the murder of 69-year-old James Lacy Taylor.

The victim was initially attended to on Friday night when authorities were called to the Mt. Olivet Baptist Church Cemetery in Raleigh, North Carolina. Seriously injured when first responders arrived, Taylor was transported to nearby hospital where he was declared dead.

The Carl Alwin Schenck Memorial Forest is a 245 acre forest located in western Wake County–near the site of the alleged murder. Roughly 10 minutes away from North Carolina State University and known locally as simply “Schenck,” the forest is managed by the university as as a teaching and research area for students.

Campus police first put out a bulletin about a woman and two men leaving the cemetery late Friday night. Witnesses allegedly told police that the suspects left in an extended cab pick-up truck and old four-door sedan that was either brown or blue and headed toward Reedy Creek Road, according to Raleigh-based ABC affiliate WTVD.

Alerts were sent to N.C. State students due to the cemetery’s location on the university-managed property via the WolfAlert warning system.

“I’m enrolled at N.C. State, so I got the notice of this crime yesterday evening,” student Gary Jesmok told local CBS affiliate WNCN. “It was very sad to hear because I walk here a lot alone.”

The first 911 call came in at around 10:00 p.m. and officers arrived soon thereafter.

Last night at approximately 10:05 p.m., Raleigh Police Department officers were dispatched to the 2200 block of State Farm Road, where they located an adult male suffering from serious injuries. He was transported to the hospital where he was declared deceased. Detectives were called to the scene, and a follow-up investigation is currently underway concerning the death. Additional information will be distributed as the investigation progresses.

Last night at approximately 10:05 p.m., officers were dispatched to the 2200 block of State Farm Road, where they located an adult male suffering from serious injuries. He was transported to the hospital where he was declared deceased. For more info visit https://t.co/vmnwwixuxI. pic.twitter.com/3JK83vgO40

The investigation is being jointly handled by the Raleigh Police Department and the North Carolina State University Police.

Police proceeded to block access to State Farm Road, according to local NBC affiliate WRAL, which described the street as “a dark, gravel roadway,” which is adjacent to the street where the three suspects are alleged to have absconded by late Friday night.

A motive in the incident has yet to be released.

Peña-Echeverria is currently being held at the Wake County Detention Center. The defendant’s initial court appearance is not yet a matter of public record.