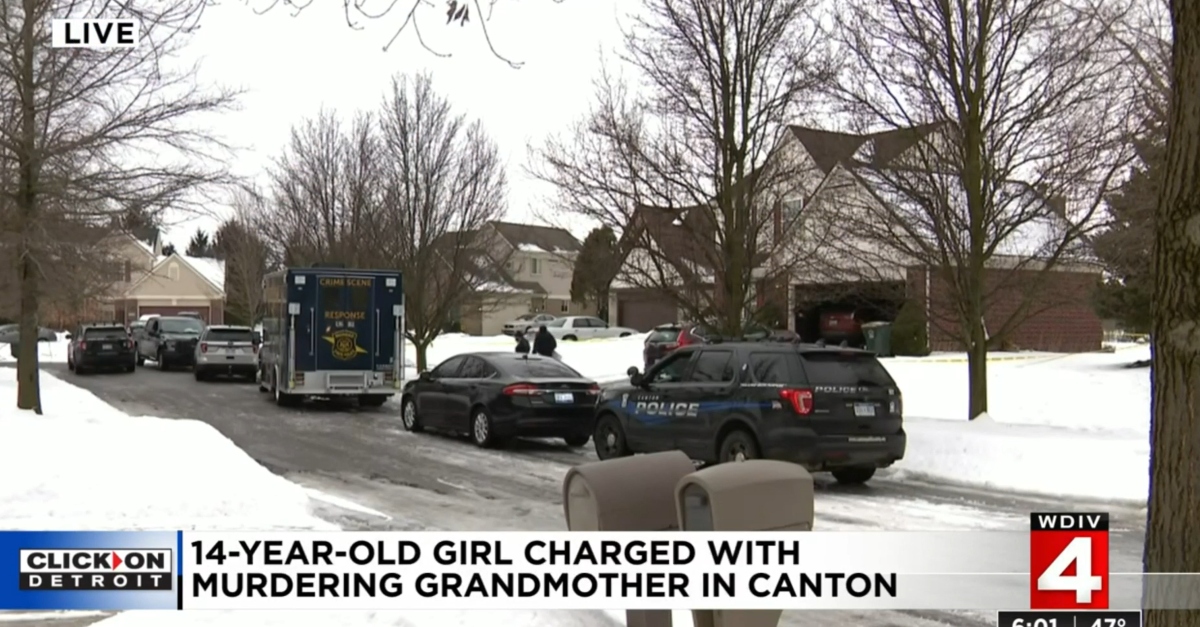 A 14-year-old girl in Canton, Michigan allegedly stabbed her grandmother to death to a kitchen knife, then fled to a motel. The victim was identified as Cynthia Mosby, 65, according to WSLS.

Cops said the girl committed the murder at about 7:15 a.m. at their home on February 21. The teen’s father, who is also the victim’s son, found Mosby dead the next day, according to Click on Detroit.

The victim had custody of the girl, who allegedly fled after the murder to a motel. Cops said they found her the day the killing emerged. The girl’s father reportedly suggested his daughter could have been upset over how much her grandmother pressured her regarding school.

Neighbors remembered Mosby as cheerful. She wanted to retire to Florida.

“We extend our deepest condolences to Cynthia Mosby’s family,” said Canton Director of Police Services Chad Baugh. “Our police officers and detectives have worked tirelessly to identify the tragic circumstances of her death. Wayne County Prosecutor Kym Worthy’s analysis and charging decisions were invaluable following this challenging set of facts.”

Prosecutors are basically treating the 14-year-old as a juvenile, so they did not identify her. Her legal situation may change if she’s convicted. The judge would have the option to sentence her as an adult, or under some sort of mixed punishment.

“In this case the 14-year-old girl is being adult designated because upon conviction it gives the judge the most flexibility during sentencing to provide options for rehabilitation of this very troubled youth,” said Wayne County Prosecutor Kym Worthy.

The teenager faces a charge of first-degree murder. She is set to be evaluated for competency and criminal responsibility. A court hearing is set for April 15.