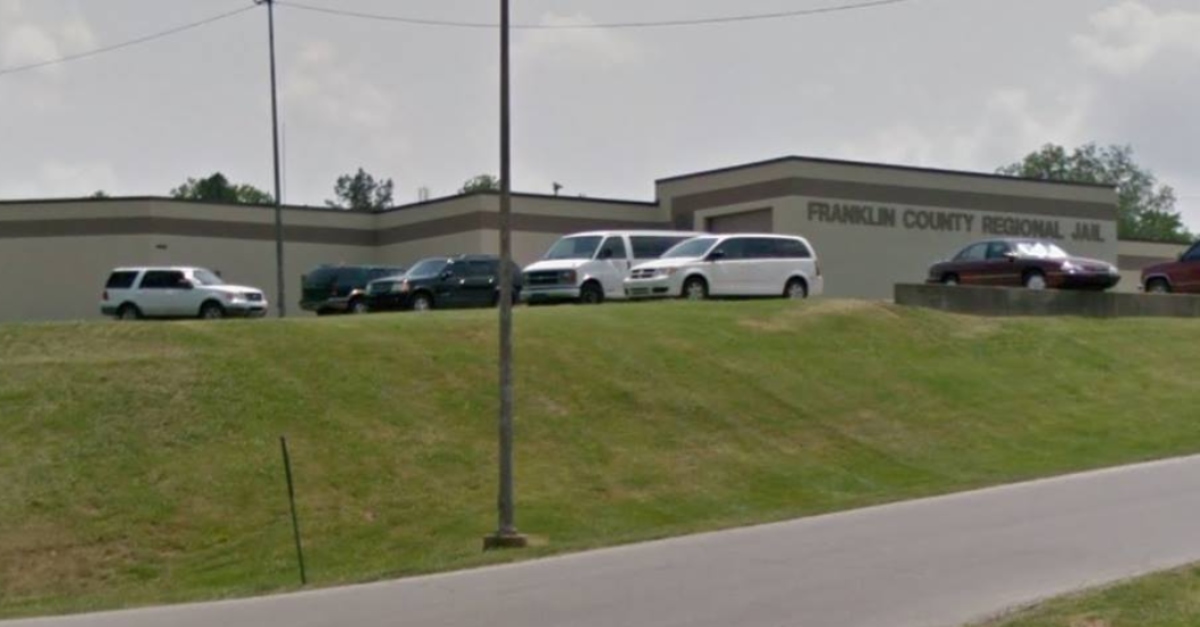 A woman in Franklin County, Kentucky has settled a lawsuit, in which she claimed jailers abandoned her to give birth by herself in a cell. Judge Gregory F. Van Tatenhove granted a joint motion by plaintiff Kelsey Love and the defendants on Wednesday, according to records and documents viewed by Law&Crime.

“All claims in this matter by Plaintiff Kelsey Love against all Defendants are hereby DISMISSED WITH PREJUDICE, with each party to bear its own costs and attorneys’ fees,” stated the order.

Love was reportedly arrested after authorities said that she was driving a car her mother had reported stolen. She allegedly told cops she had used meth and opioids. She was locked up at the Franklin County Regional Jail.

According to a complaint obtained by Law&Crime, defendants knew she was about eight months pregnant. Officers were ordered to take a look at her every 10 minutes. They allegedly did not. On top of that, they allegedly did not provide or seek medical attention for her even when they saw that she was obviously in labor. She had to give labor herself. It was alleged that most of the individual jailers were not properly trained for medical emergencies.

Love’s attorney Aaron J. Bentley said the settlement agreement is for his client to receive $200,000.

“We certainly view it as a vindication of her rights,” he told The Lexington Herald Leader.

Love said she had to chew off the umbilical cord during the incident.

“You can imagine it was pretty traumatic,” Bentley said.

Defense lawyer Paul C. Harnice, however, said that his clients, the county and jail employees, did not admit wrongdoing in this resolution of the case. He asserted they “always have and will continue to strive to provide the best medical care to all persons at the Franklin County Regional Jail.”

An insurance company will cover the settlement on behalf of the jail.

You can read the judge’s order here:

Order to Dismiss Kelsey Love Lawsuit by Law&Crime on Scribd

You can read the second amended complaint here: