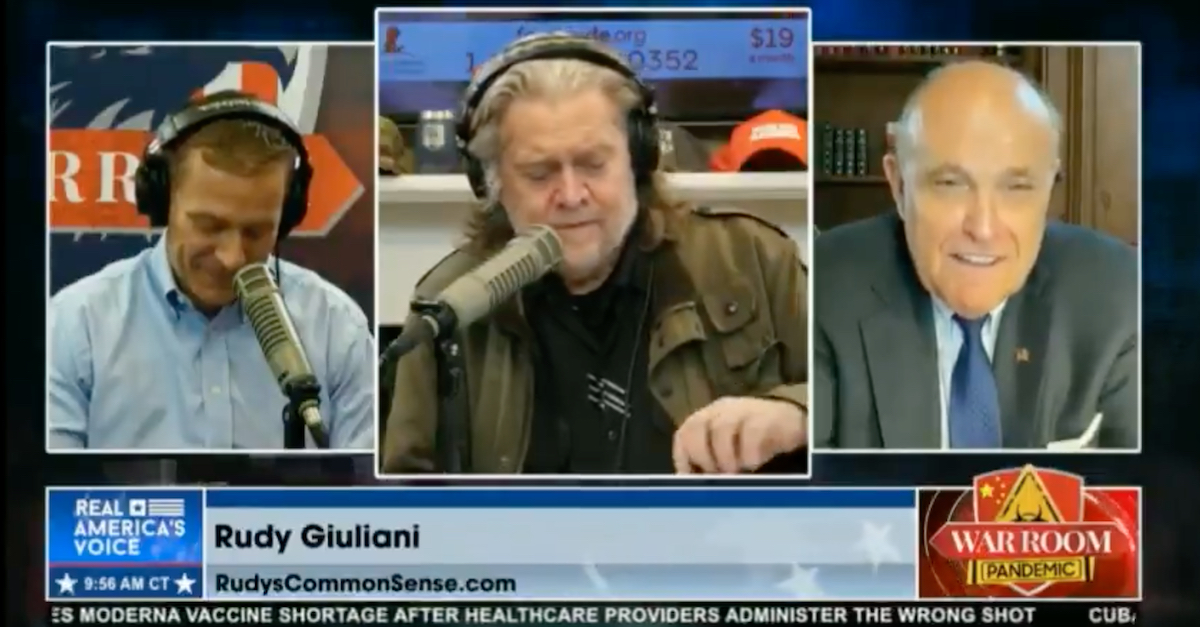 Rudy Giuliani, the embattled former personal attorney to Donald Trump who was at the forefront of false theories about the outcome of the 2020 election, came under fire this week after telling a cringe-worthy story about ogling professional golfer Michelle Wie’s “panties.” An outraged Wie responded on Friday by calling the comments “unsettling” and “highly inappropriate.”

“Do you have time for a funny story?” Giuliani asked before diving into the details of what transpired.

According to the former New York City mayor, he was partnered with Limbaugh who was complaining about the large number of paparazzi that were following him around the course. Giuliani then invited Limbaugh to follow him to the green where Wie was preparing to putt.

“Now Michelle Wie is gorgeous, she’s six feet, and she has a strange putting stance. She bends all the way over and her panties show—and the press was going crazy. They were following her around because they were trying to take pictures of her panties!” Giuliani exclaimed as a clearly uncomfortable Bannon sighed and looked down.

He added, “Is that okay to tell that joke?” — then broke out in raucous laughter.

Definitely not the point, but keep wondering why Rudy called this a joke. What is the punchline? pic.twitter.com/VNKgoq92KS

A justifiably outraged Wie hit back at Giuliani on Friday evening, only referring to him as a “public figure.”

“What this person should have remembered from that day was the fact that I shot 64 and beat every male golfer in the field leading our team to victory. I shudder thinking he was smiling to my face and complimenting my game while objectifying me and referencing my ‘panties’ behind my back all day,” Wie tweeted.

“What should be discussed is the elite skill level that women play at, not what we wear or look like. My putting stance six years ago was designed to improve my putting stats (I ended up winning the US Open that year), NOT as an invitation to look up my skirt!”

The United States Golf Association also showed their support for Wie on Saturday tweeting, “Sexism has no place in golf or in life. We are always in your corner.”

Sexism has no place in golf or life. We are always in your corner, @MichelleWieWest https://t.co/4uYVvNK59E

Giuliani last month was named as a defendant in a $2.7 billion defamation lawsuit filed by the voting machine company Smartmatic over his false election fraud allegations.

He was also an inadvertent star in a Borat film last year.