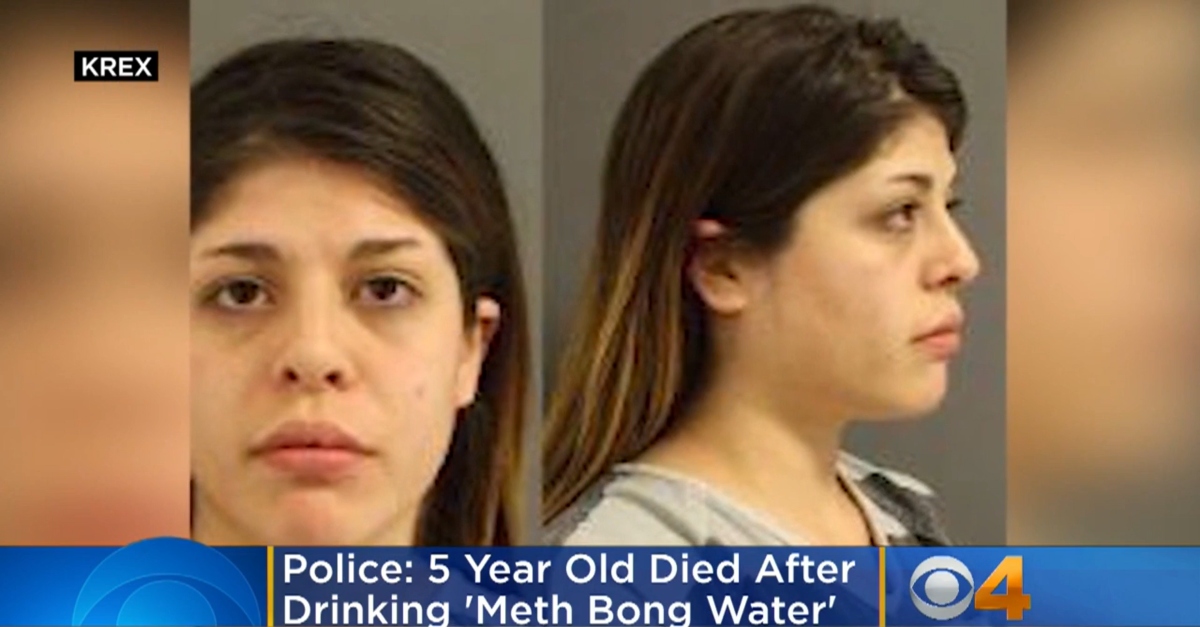 A Colorado mother pleaded guilty on Thursday in the death of her 5-year-old daughter. Stephanie Alvarado, 27, will submit to second-degree murder, and a charge of criminal trespass involving domestic violence, according to KDVR.

Sophia Larson died in December 2019. Authorities said the defendant, and her two cousins–Daniel Alvarado, 28, and Bertha Karina Ceballos-Romo, 29–were doing meth after Alvarado was fired from a dental office for testing positive on a drug test.

Cops say that on the night of December 10, 2019, Sophia woke up, and found a water bottle used in the meth smoking. She drank it. She attempted spitting it out because it was “yucky,” but she had already swallowed some of it.

The victim experienced hallucinations, but bad went to worse as Alvarado, fearing she’d completely lose custody of the girl, abstained from seeking medical attention. Instead, the adults gave Sophia milk, wrapped her in a blanket, and one of them read her a passage from the Bible, authorities said.

Eventually, the adults finally brought her to a hospital after she stopped breathing. It was too late. She died on Dec. 11.

The defendant originally faced charges including child abuse resulting in death, but upgraded charges in February included murder. The death penalty was not on the table before Alvarado pleaded guilty. As part of the development, she will spend between 16 and 48 years in prison for the murder count, with a possibly concurrent six-year sentence for domestic violence.

That second charge stems from a confrontation the defendant had with the girl’s father, Alvarado’s ex-boyfriend Alec Larson. He said that Alvarado attacked him at his residence hours before her first court appearance while apparently under the influence.

The defendant’s sentencing is set for January 29. Her cousin Daniel Alvarado still faces his case. Ceballos-Romo, an undocumented immigrant, has reportedly been deported.