5-Year-Old Girl Died from Drinking Meth Out of a Water Pipe, Police Say 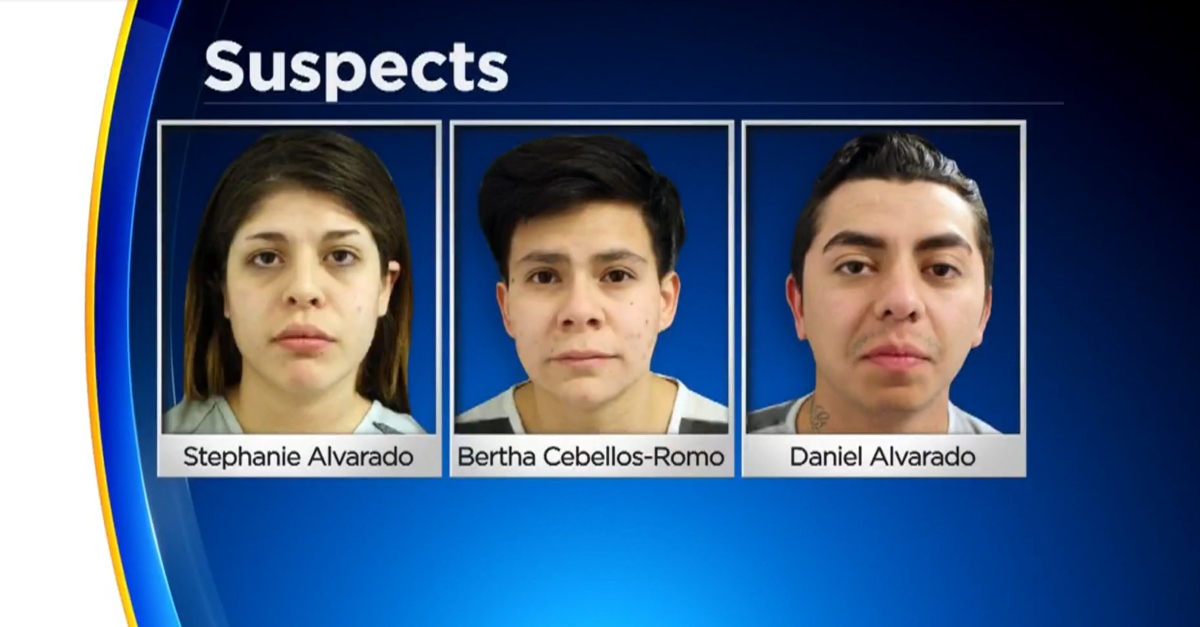 Police in Rifle, Colorado blame a local woman, and two of her cousins for the death of her 5-year-old daughter. Stephanie Alvarado, 26, Daniel Alvarado, 27, and Bertha Karina Ceballos-Romo, 28, are charged with child abuse resulting in death, possession of a controlled substance, and reckless endangerment, according to The Mercury News.

A coroner determined that the victim, identified as Sophia Larson, died from methamphetamine intoxication.

According to police, the defendants said the three of them were smoking meth after Stephanie Alvarado got fired from a dental office. She had tested positive in a drug test, they allegedly said. The thing is, she allegedly kept smoking on the way to pick up Sophia from school, but the adults insisted they’d stopped upon picking up the girl.

Police claim that that Sophia woke up that night on Dec. 10, and drank from a water bottle that was used as a water pipe for meth smoking. She said it was “yucky,” and tried to spit it out, but had already swallowed some of it.

Larson began suffering from hallucinations, but her mother balked at taking her to a doctor out of fear she would lose custody of the girl, cops said. Instead, the adults allegedly had Sophia drink milk, put her in a blanket, and one of them read a passage from the Bible regarding a possessed child, according to the criminal affidavit as reported by The Mercury News.

Officers said that it was to no avail. She stopped breathing, and the adults allegedly brought her to a hospital. Larson was pronounced dead on Dec. 11.

The girl’s parents had been separated for about a year, the girl’s father Alec Larson told KREX 5. He said he was aware of Stephanie Alvarado having a meth “issue,” and that he was working toward getting full custody of his daughter, rather than just five days a week.

“I never acted sooner because Sophie loved her mom so much,” he said. “And I didn’t want Sophie to have a reason to be upset with me if we had this huge battle.”