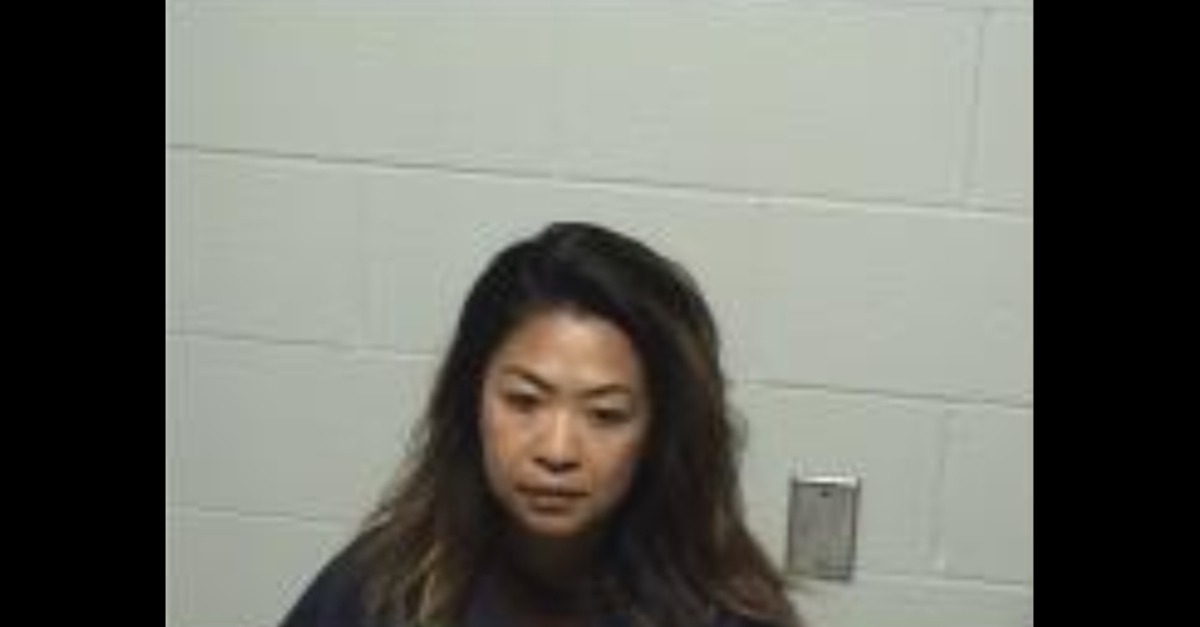 Deputies said they were dispatched to a local residence at about 9:30 p.m. They arrived to meet with the 39-year-old victim, authorities said. He had sustained what they described as a “serious wound” to the head.

According to investigators, Om and the man lived together at the home. The defendant allegedly got mad that the victim peed in bed, so she attacked him with a machete, hence the head wound.

The boyfriend was taken to a hospital and is expected to recovered, deputies said.

Om is now being held at the Lake County Jail in lieu of $30,000 bail. She is charged with aggravated domestic battery, aggravated battery with a deadly weapon, and two counts of misdemeanor domestic battery, according to the sheriff’s office. The defendant is scheduled for a preliminary hearing to take place August 25 at 9 a.m. local time. Her attorney of record, a public defender, did not immediately respond to a Law&Crime request for comment.

In other news of women with blades, Connecticut woman Juanita Bentley was arrested for allegedly attacking her boyfriend with what cops described as a “samurai type sword.” She ended up pleading guilty to second-degree assault in the March 2017 incident. Records viewed by Law&Crime show is on probation.

A 2018 Utah incident ended in far more ghastly fashion. In August 2018, Duane Youd crashed a plane into his home just hours after he was arrested for allegedly assaulting his wife, police said.