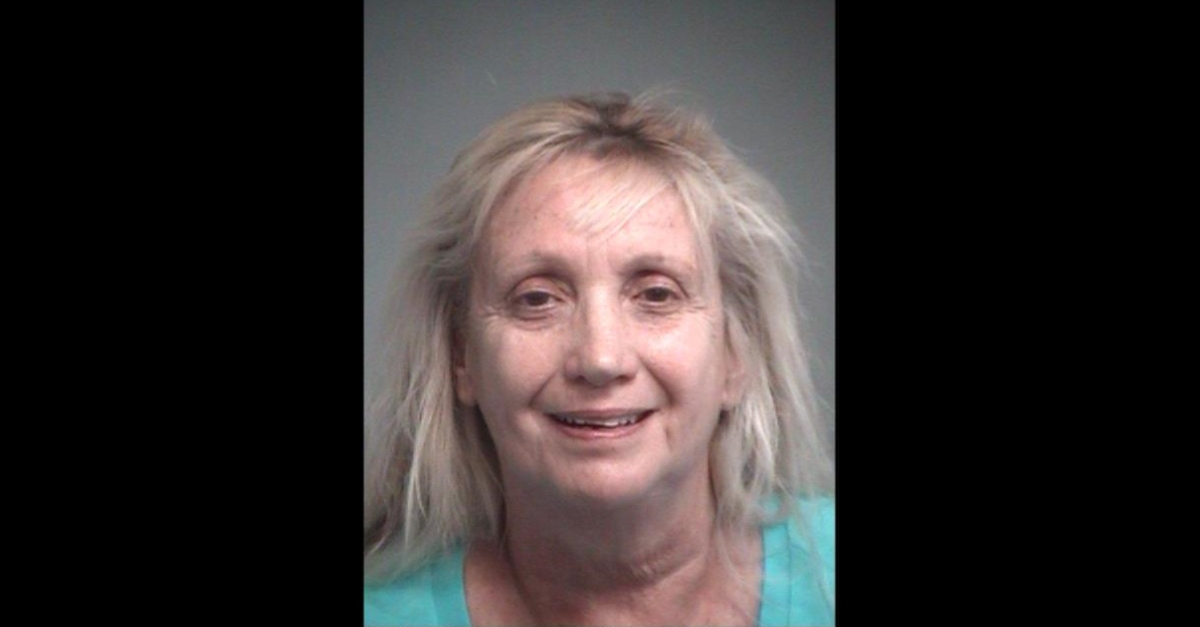 A Florida woman is accused of going around and changing voters’ political party registrations. Authorities haven’t detailed a motive, but it must be mentioned that most of the people affected are Democrats and the defendant is reportedly a Republican.

Cheryl A. Hall, 63, is charged with 10 counts of submission of false voter registration information.

“It’s a puzzle to me,” Lake County Supervisor of Elections Alan Hays said in a press conference Wednesday, as reported by Click Orlando. “Why did we draw the short straw?”

The official, who is a Republican, said his office was getting calls from voters. They complained they were getting new voter registration cards from his office, saying “their party changed from Democrat to Republican.” He said that 119 applications seemed to be falsified: these were either brand new registrations, or a total of 30 applications for change of party. He described these later cases as Democrats or unaffiliated people being changed to Republicans. Signatures seemed to all be from the same person.

“Florida First is actively working with the Lake County Supervisor of Elections to ensure every voter is properly registered to vote,” state director Elicia Babac told the outlet. “Florida First will continue to work tirelessly to serve communities that may be underrepresented and provide them access to voter registration services.”

Hall is being charged for allegedly tampering with 10 forms. Hays has suggested that she might be responsible for the remaining 109, but he said the handwriting on some didn’t match hers, and he said that he thinks others at Florida First possibly falsified voter information, according to The New York Times. Of the 10 forms in question, at least six allegedly enrolled Democrats and independents as Republicans.

The defendant’s Facebook activity showed that she was part of the Lake County Republicans, but party Chairman Walter Price has disowned her, and told the outlet that he’s begun the “process” for removing her from the group. Hays popped up in photographs with the defendant, but he said he never worked with her, or had reason to think she was involved in voter fraud.

Records viewed by Law&Crime don’t name an attorney for Hall. The defendant is scheduled for an arraignment to take place March 30. She was arrested and was released on a $20,000 bond on Thursday.