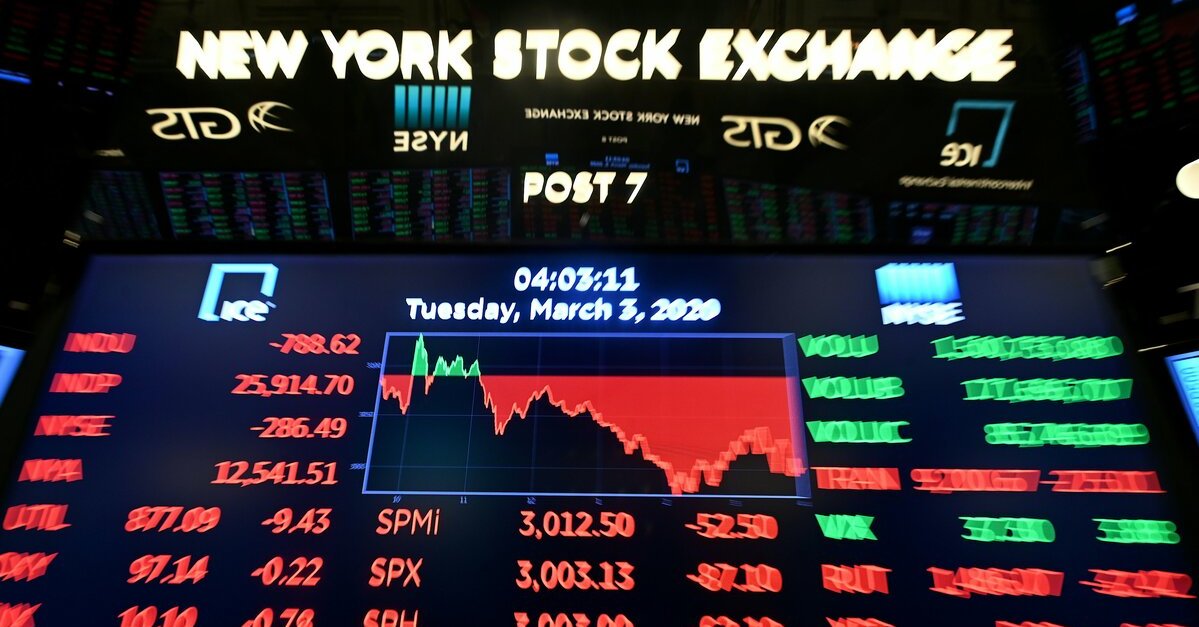 President Donald Trump doesn’t like stock markets that crash—especially not on his watch. His response thus far has largely been to blame the media in tweets for overreacting to novel Coronavirus (COVID-19) fears. But will he take things a bit farther than that?

According to an anonymous “source close to the White House” cited by Vanity Fair’s Gabriel Sherman on Monday, “Trump wants [the Department of] Justice to open investigations of the media for market manipulation.”

Such a move would be stunning in both its audacity and unprecedented nature. Launching a full-frontal legal assault on the corporate media ecosystem, however, would also likely be fraught with potential political downsides—Trump would immediately open himself up to charges of attempting to control the flow of information.

There’s also likely no way for any such charges to stick in the first place; nor is there a guarantee that Attorney General William Barr would entertain pursuing this.

”The only way they could be prosecuted is if they shorted stock and ran deliberately false news stories to manipulate the market—which they’re not,” he said. “Absent that, there’s absolutely no way a media company could be prosecuted. There would have to be a conspiracy to make trades and the news stories would have to be deliberately false—you’d have to have both to make a prosecution.”

”Markets trade on tons of information,” Painter continued. “The idea that one or stories impact the market is ludicrous. That’s just not how markets work.“

Here’s how the U.S. Securities and Exchange Commission (SEC) defines market manipulation on their website:

Manipulation is intentional conduct designed to deceive investors by controlling or artificially affecting the market for a security. Manipulation can involve a number of techniques to affect the supply of, or demand for, a stock. They include: spreading false or misleading information about a company; improperly limiting the number of publicly-available shares; or rigging quotes, prices or trades to create a false or deceptive picture of the demand for a security. Those who engage in manipulation are subject to various civil and criminal sanctions.

While a 2017 article in Forbes noted that media has often—or perhaps perforce—played a crucial role in spreading manipulative financial news, there’s no precedent for actual media outlets actually being taken to legal task for accurately reporting on news whether that be non-financial or financially-related news.

“This no doubt is just reflective of the president’s conspiratorial mindset and worldview, and probably is nothing more than hyperbolic venting on his part to anyone who will listen to him complain,” told Law&Crime via email.

White House Press Secretary Stephanie Grisham, who doesn’t do press briefings, said that Sherman never reached out for comment. She demanded a retraction.

She called the story “100% fake news” and equated it to a “college essay.”

This is 100% fake news. @gabrielsherman did not reach out to me. False & sensational writing on this topic is irresponsible. POTUS has spent plenty of time w the press pool – simply ask ur colleagues. Nothing about your little college essay is funny or true & I want a retraction. https://t.co/tWEOuJw9Bm