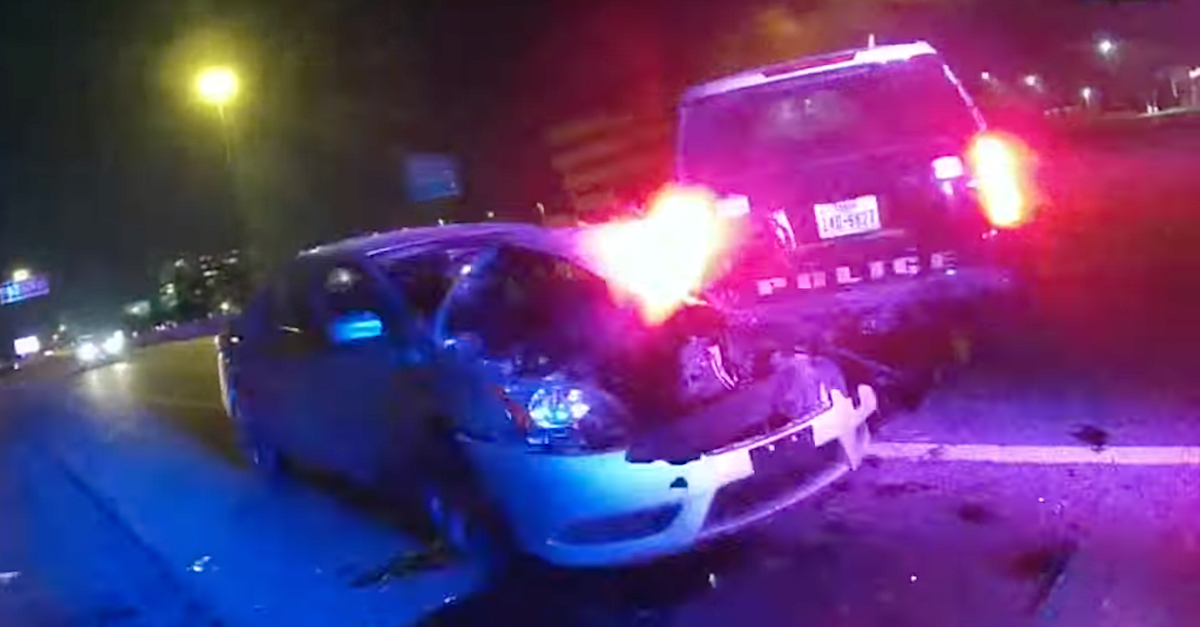 Irving, Texas police camera recordings show the moment a suspected drunk driver who later admitted to having three or more beers slammed into a stopped cruiser and missed several officers.

The officers had just pulled over another suspected drunk driver.

The scene unfolded on State Highway 114 between Rochelle and O’Connor Road at about 1:45 a.m. on Sunday, KDFW-TV reported.

“While performing a Field Sobriety Test, another potential DWI plowed into one of our squad cars,” the police department said on Facebook. “We are so thankful that none of our officers or citizens were injured, but we want to take this time to remind you of the dangers of drinking and driving. With Spring [B]reak nearing, this period is typically a time of increased travel, and our goal is to keep all travelers safe on the roadway.”

The department released two synchronized videos which partially showed what occurred. While dash cam video shows two officers attempting to conduct a field sobriety test on an original suspect, another officer’s body camera video shows oncoming traffic from a vantage point several feet off the side of the road. At least two police SUVs are visible in the body camera video; the flashing red and blue lights on both SUVs were activated. 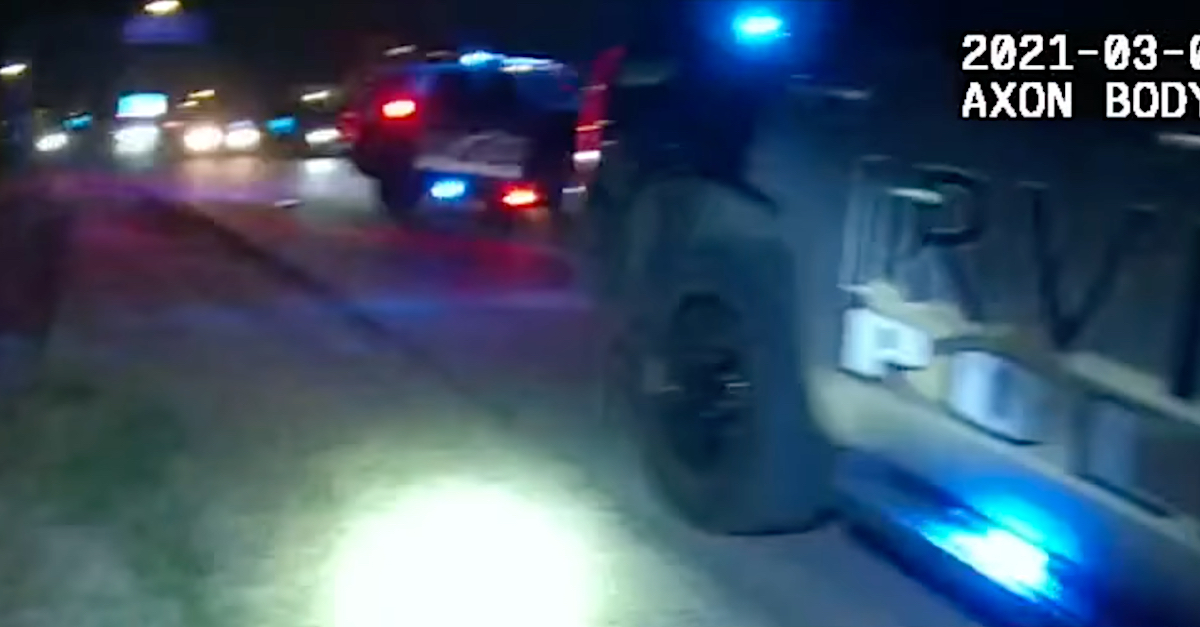 The officer’s flashlight beam, which illuminated the immediate foreground area, started to shake as she warned the other officers to take cover. 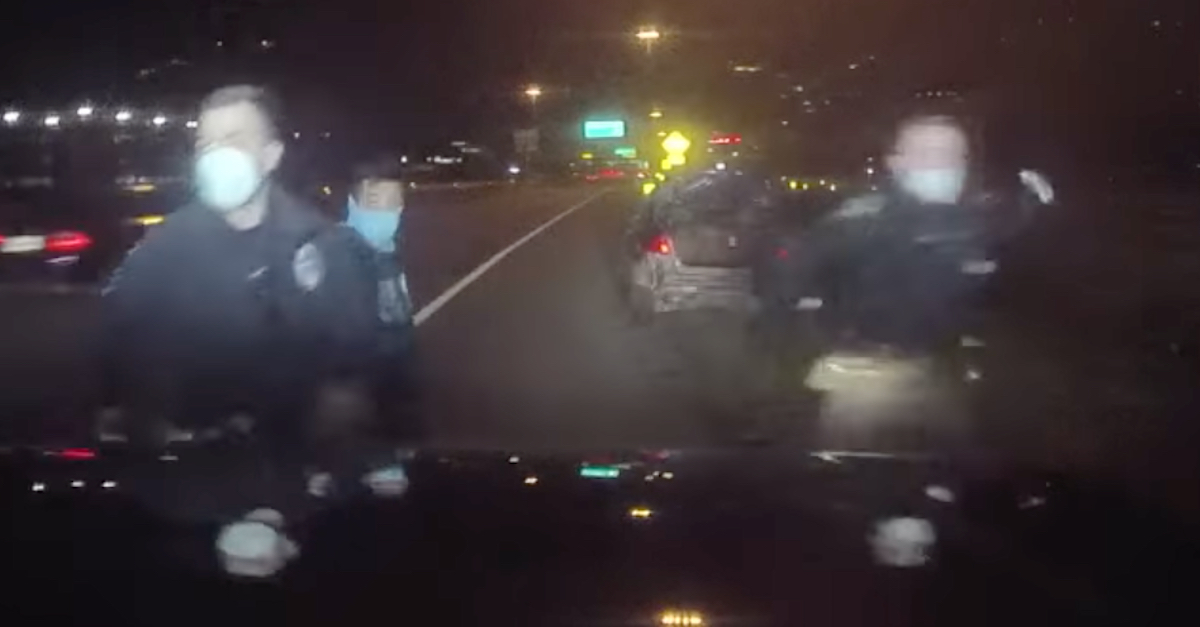 One Irving, Texas police officer takes flight (R) as another (L) looks back for a split second before also moving to safety.

The impact is barely visible in the upper left hand corner of the video.  The officer who was wearing the body camera was moving as the crash happened; thus, the video is less than clear. 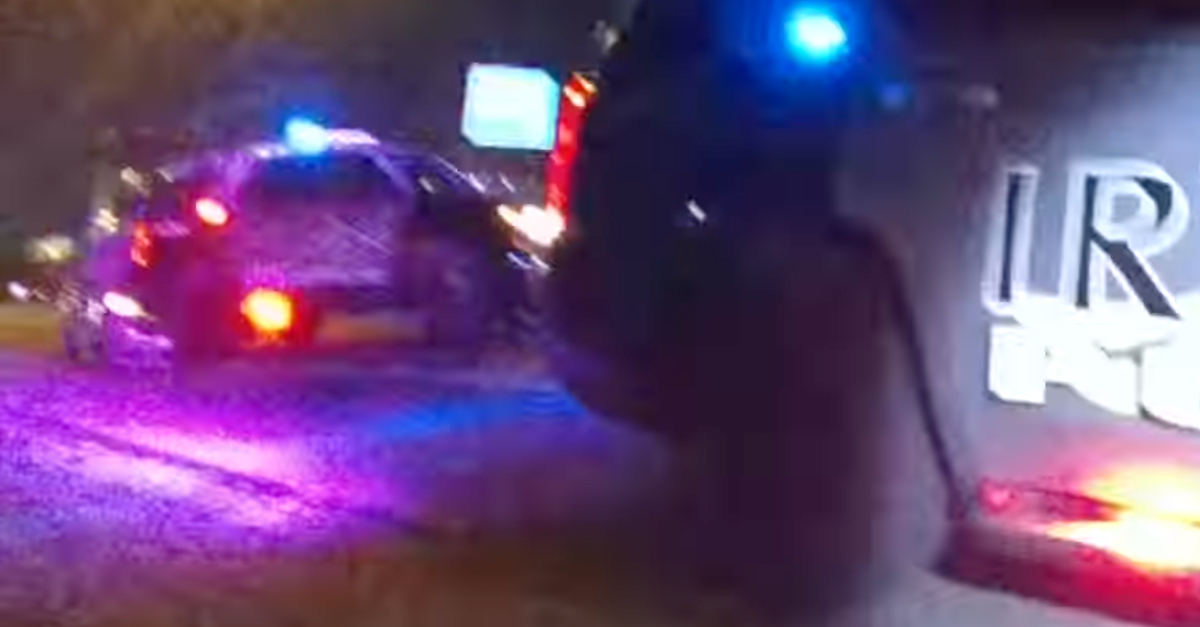 After the sound of squealing tires and twisting metal subsided, the officer wearing the body camera ran to the scene of the impact and appeared to yell “stop, stop!” at the occupant. 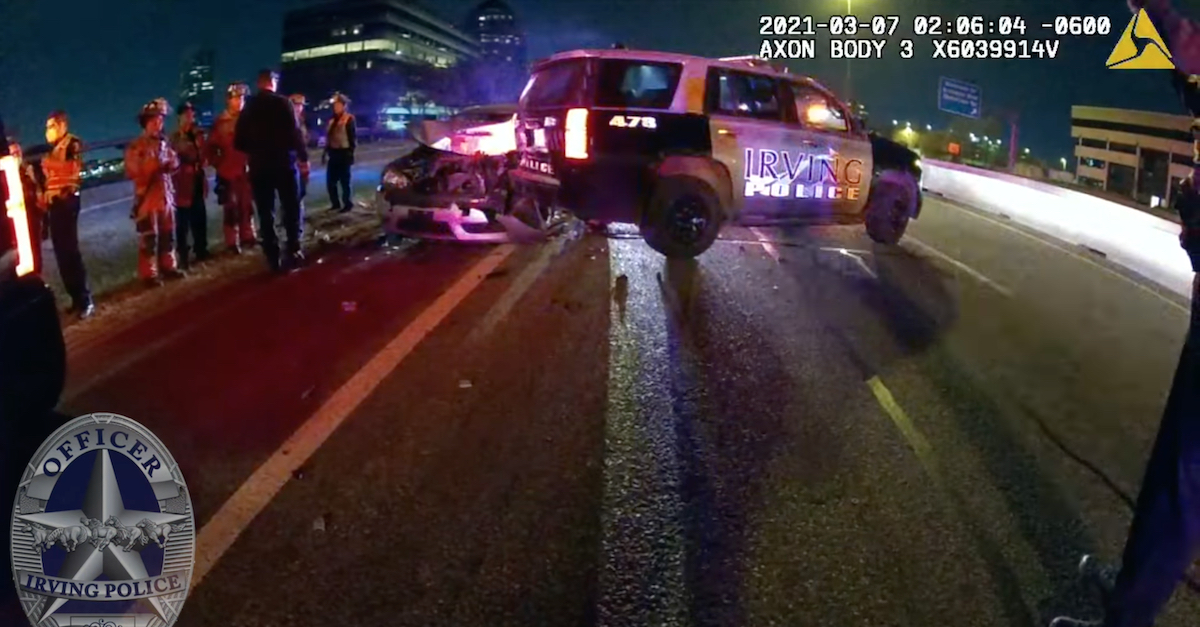 Authorities told KDFW-TV that neither the officers on the scene nor the initial drunk driving suspect were hurt. The driver who slammed into the police SUV, described as a 28-year-old, went to the hospital. An arrest warrant already bears his name.

Watch the recordings below: