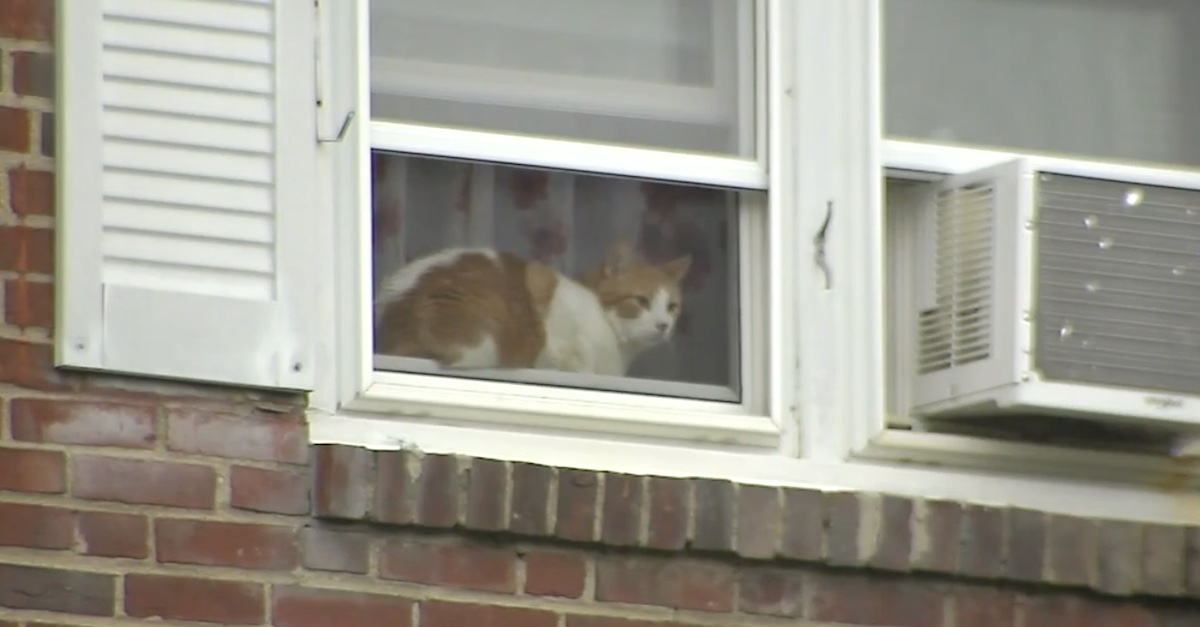 A cat sits on a window sill as a news crew films B-roll of a neighborhood where a woman who allegedly tried to put a hit on her husband resides.

A Pennsylvania woman has been charged in a murder-for-hire plot after allegedly trying to have her husband killed on a payment plan.

Claudia Carrion, 44, stands accused of criminal solicitation to commit homicide after she allegedly tried to hire an undercover detective as a hitman to take out her husband–who she believed was abusing her and her family as well as cheating on her with several other women.

She was arrested and charged on Friday after an undercover operation that was conducted on Thursday, police claim.

According to a criminal complaint reviewed by local independent news station WFMZ, the defendant “described in detail why she wanted her husband killed” before paying a $100 deposit.

Authorities allege that Carrion originally agreed to pay $4,000 for the value-priced hit but that during the meet-up she expressed an inability to pay the amount in full. After some negotiations, a payment plan was agreed upon, the deposit was paid, and she was arrested, police say.

The purportedly scorned wife also allegedly admitted to police that she paid the deposit using five $20 bills and that the remainder of the balance would be paid off in weekly installments.

That murder-by-layaway was to be paid off in $100 installments, the Philly Voice reports.

But law enforcement says she told them this wasn’t her first attempt to off her husband.

She allegedly told an investigator after being arrested that she previously attempted to have a hitman kill her husband but that the first attempt “did not work out,” according to court documents viewed by LehighValleyLive.

Police allegedly became wise to Carrion’s efforts by way of a confidential informant who was being used by the Allentown Police Department’s Vice Squad, the outlet notes. That informant eventually led to the detective posing as a relatively cheap assassin who then visited Carrion to discuss the macabre plan at her own home.

The defendant was arraigned just after midnight on Friday and is currently being held at the Lehigh County Jail in lieu of $500,000 bail. Her next court appearance is currently scheduled for July 8 before Lehigh County Magisterial District Judge David M. Howells Jr.

The Lehigh County District Attorney’s Office has, so far, not accounted for whether or not the husband’s alleged abuse has been or will be investigated. Police, however, claim that Carrion never contacted them about any such allegations. Her son also said he never witnessed abuse.

Still, Joshua Carrion told WFMZ he feels like his mother is being “framed.” He said that his mother loves her husband and brought the man to America from the Dominican Republic because of that love. 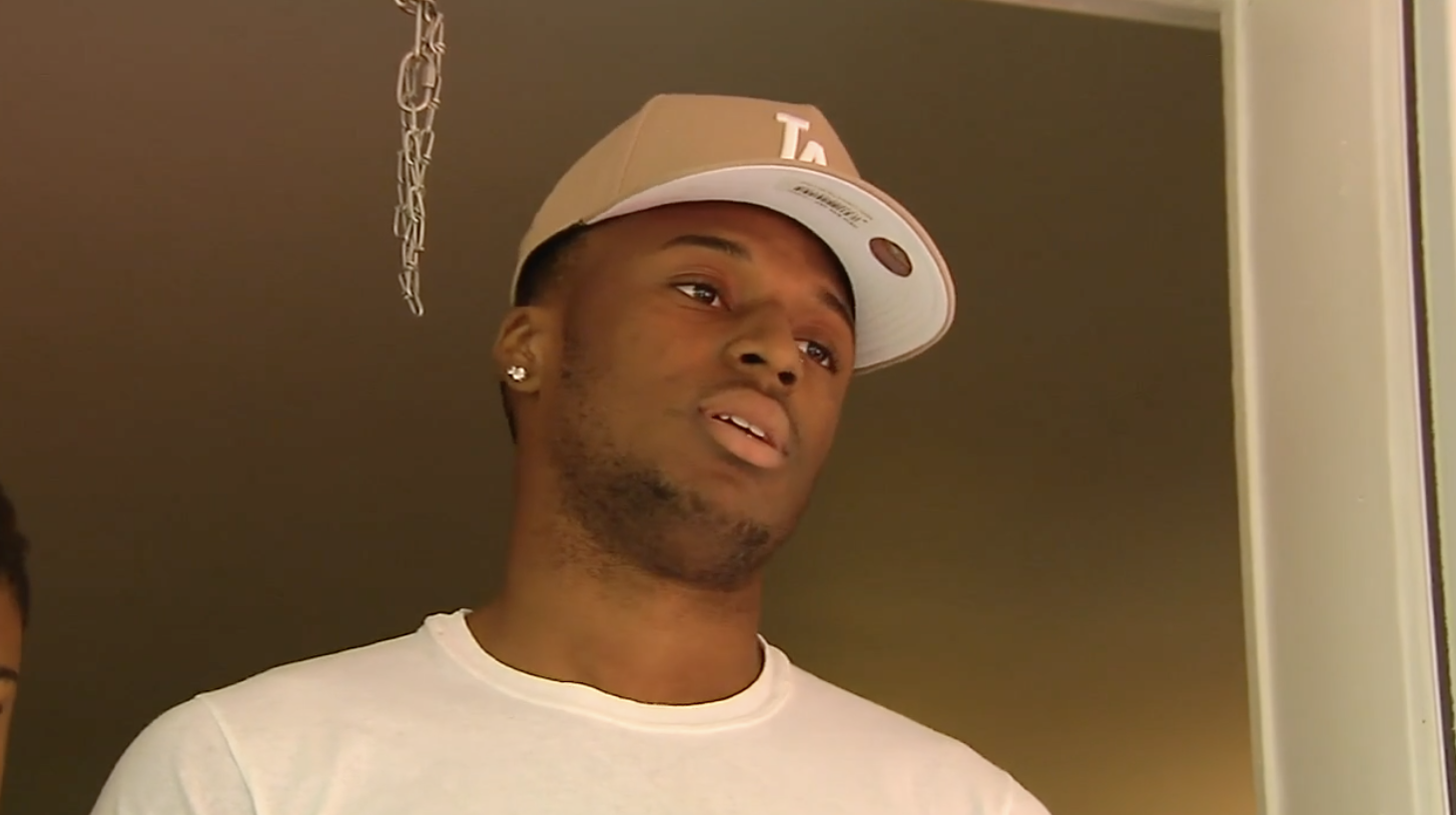 “It’s not like that. I feel like she’s getting framed. She’s, she’s Christian, you know, like, very religious,” he said. “My family — my family — we never do harm. We’re all, you know, innocent. We don’t have no criminal records of nothing.” Later in the interview, Joshua said he never witnessed abuse.

“Never. Never. No they was always happy, so I don’t know about that,” he said, referring to alleged abuse.

Under Pennsylvania law, criminal solicitation of homicide is a crime “of the same grade and degree as the most serious offense which is attempted or solicited.”

If convicted, Carrion could be charged with the same severity as someone charged with murder. Capital punishment in the Keystone State, however, has more or less been effectively abrogated since the late 1990s by dint of executive distaste with the state killing people.

In 2015, current Gov. Tom Wolf (D) announced an actual moratorium on executions. Death penalty cases are still pursued by some local prosecutors and death warrants are still issued in some cases–though their real-world import is nil.

The woman’s husband has not been named by authorities.

Law&Crime reached out to Lehigh County officials for additional details but no response was immediately forthcoming at the time of publication.