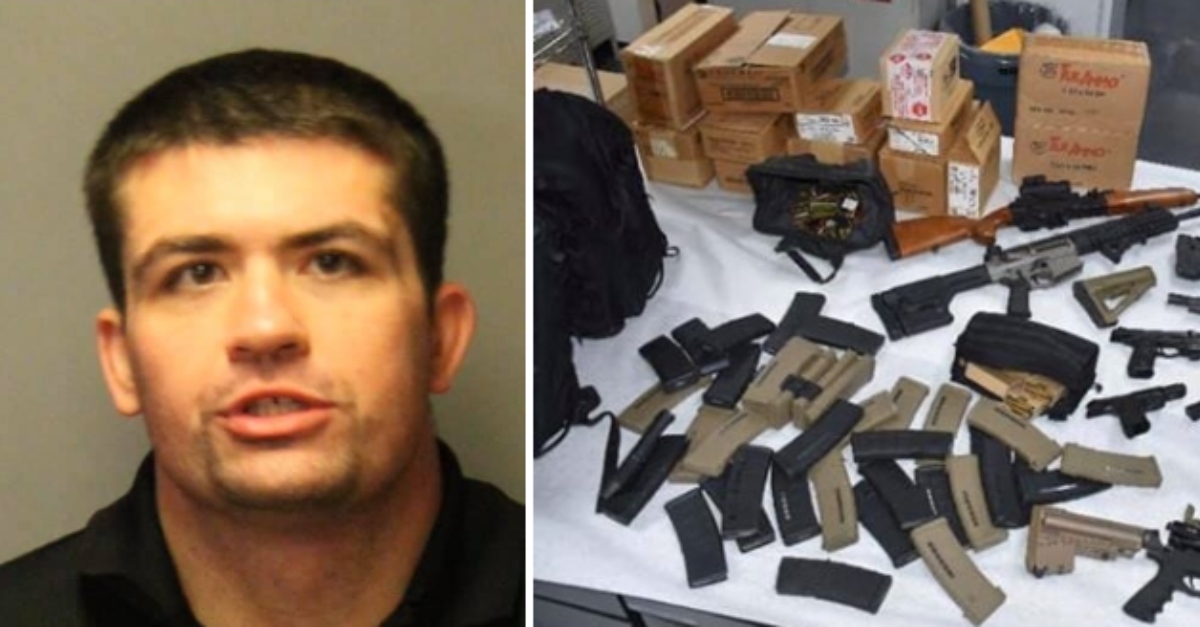 A UPS employee in Sunnyvale, California accused of threatening a mass shooting allegedly had the means–and then some–to carry it out.

Thomas Andrews, 32, is charged with criminal threats, evading police, driving under the influence, and several weapons violations, according to the Sunnyvale Department of Public Safety.

The investigation started after the defendant texted his employer that he was going to shoot up the UPS facility in Sunnyvale, authorities said. Officers began looking into this. They started searching for Andrews, the registered owner of four handguns and a rifle. Authorities managed to find him Sunday night at about 11:15 p.m, and tried to stop him, but he led them on a chase southbound through Highway 101, according to the news release. Officials said they were able to safely take him into custody after the California Highway Patrol got involved.

Detectives executed a search warrant at Andrew’s Sunnyvale home, according to authorities. It’s there that they found 20,000 founds of ammunition, high capacity magazines, five “tactical style rifles,” one shotgun, three handguns, and body armor, officials said. They even claimed to have found “several tactical backpacks containing ammunition” at the front door of the apartment.

It’s unclear if Andrews has an attorney at this time. Records show he is locked up a the Santa Clara County Jail on $500,000.

“We are cooperating with law enforcement as they conduct their investigation,” UPS Spokesman Matthew O’Connor told Law&Crime in a statement.

The investigation is ongoing. From the Sunnyvale Department of Public Safety:

[Mugshot and Image via Sunnyvale Department of Public Safety]