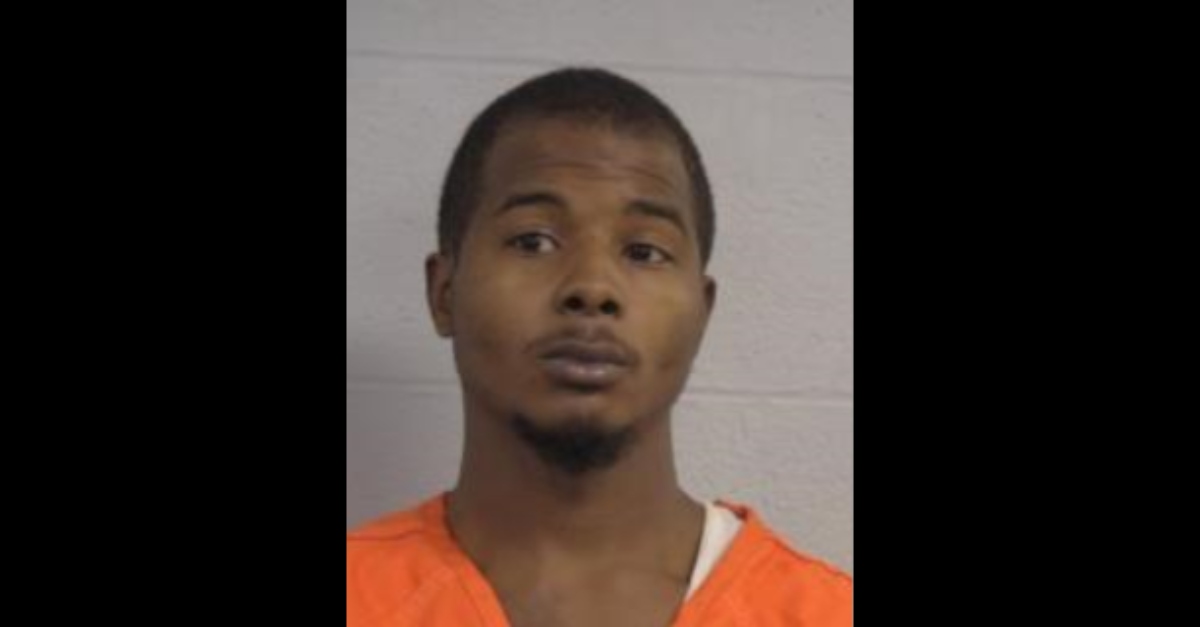 A man allegedly shot two police officers in Louisville, Kentucky amid protests over the death of 26-year-old Breonna Taylor. The suspect in the shooting of law enforcement was identified as Larynzo D. Johnson, 26, according to WAVE3.

The incident reportedly happened on Wednesday at 8:40 p.m. Officers were doing crowd control at Brook St. and Broadway. According to cops, people did not disperse despite a warning. The crowd had started fires and caused property damage.

Johnson allegedly fired at law enforcement multiple times and fled, but a witness pointed him out to cops. An arraignment was scheduled for Friday. The defendant is charged with two counts of assault on a police officer, and 14 counts of wanton endangerment of a police officer. It is unclear if he has an attorney in this matter.

The wounded officers were identified as Major Aubrey Gregory, and Officer Robinson Desroches, according to WLKY. Gregory was struck in the hip, and was released from University Hospital. Desroches had to get surgery for a shot to the abdomen, but he is expected to recover.

Black Lives Matter protesters took to the streets across America on Wednesday after no police officers were charged for the killing of Louisville woman Breonna Taylor. The officers were white and Taylor was Black. Taylor’s death sparked the “Say Her Name” campaign.

Only one officer, fired Detective Brett Hankison, was charged at all in connection to the March 13 raid at her home. He allegedly opened fire into a neighboring apartment, which had been occupied by three people. The defendant in this matter is charged with three counts of wanton endangerment. Kentucky Attorney General Daniel Cameron, the special prosecutor in the case, said that two other officers who opened fire that night–Sgt. Jon Mattingly and Detective Myles Cosgrove–were justified in their use of force because Taylor’s boyfriend Kenneth Walker shot Mattingly. Police had been executing a “no knock” warrant in a drug case; Taylor’s ex-boyfriend Jamarcus Glover was the primary suspect, and was subject to a raid that happened shortly before.

An attempted murder case against Walker ended up being dropped. He said that police did not announce themselves before the shooting. Cops said they did, and Cameron said a witness backed up the story from law enforcement.

The city of Louisville settled a wrongful death lawsuit with Taylor’s family. They agreed to pay her relatives $12 million, and to implement specified police reforms.

“Daniel Cameron, I thought, did an excellent job at his, at the press conference when he announced the charges,” Stewart Mathews, an attorney who said he is representing Hankison, told The Louisville Courier-Journal. “He said he presented the evidence to the grand jury and didn’t try to influence them one way or another, which I appreciate very much, based on prior cases I’ve been involved with in the past where that was not necessarily the case from the prosecutors. And I would say that we will be entering a plea of not guilty, whenever that arraignment is set, and will go with it from there.”