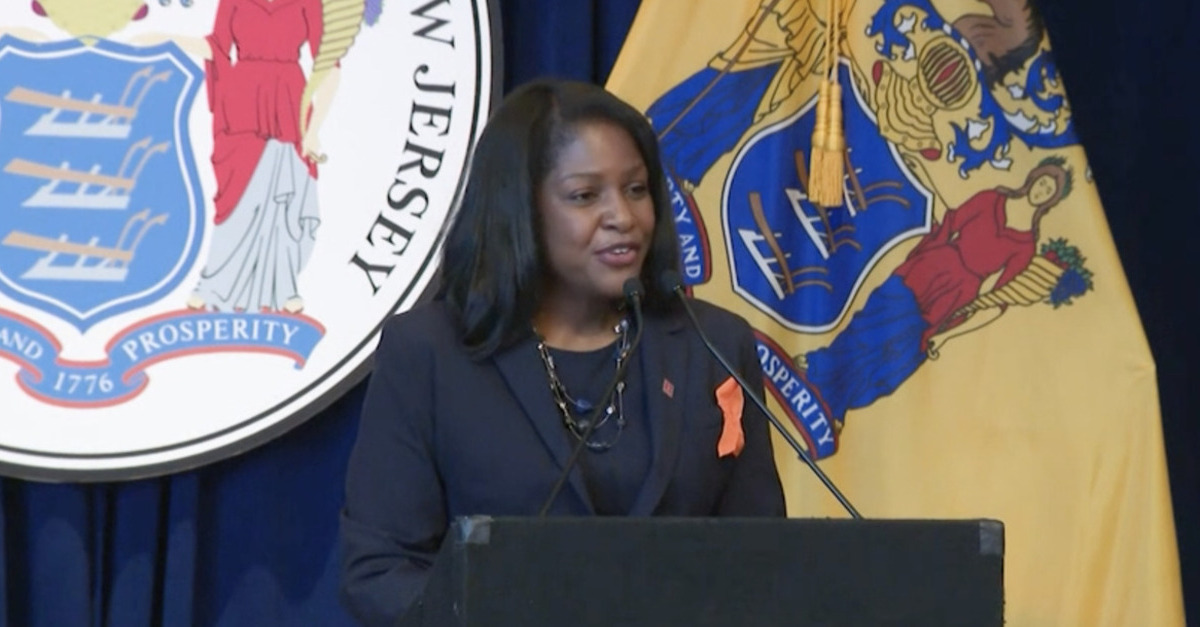 Fabiana Pierre-Louis, a 39-year old graduate of Rutgers Law School in Camden, was unanimously approved on Monday for a seat on New Jersey’s highest court. Pierre-Louis is the daughter of Haitian immigrants; if confirmed as expected, she will become the first Black woman to sit on the New Jersey Supreme Court–and the only Black justice currently on the court.

In June, I proudly nominated Fabiana Pierre-Louis to the NJ Supreme Court.

Today, she was approved unanimously by the Senate Judiciary Committee. If confirmed, she’d be the first Black woman to serve on the court. Thank you, @SenatorScutari and @NJSenatePres, for your support. pic.twitter.com/3zzTQ0uXOi

Although Pierre-Louis emerged with a vote of 11-0, the Senate Judiciary Committee hearing was not without its moments of drama. For example, Sen. Gerry Cardinale, (R-Bergen) attempted to elicit Pierre-Louis’ opinion on a controversial precedent requiring municipalities to use zoning laws to create opportunities for affordable housing.  “The governor [Tom Kean] said this was a communist idea,” said Cardinale before asking,  “Are you a communist?”

“No senator, I am not,” responded Pierre-Louis. “Again, senator,” continued the nominee, “ I do not think it’s appropriate as a nominee to the Supreme Court to comment on the case.” Despite such interplay, Pierre-Louis is widely expected to be confirmed easily by the full state Senate.

Prior to being nominated for the bench, Pierre-Louis was a partner at Montgomery, McCracken, Walker & Rhoads LLP. She also served for nine years as an Assistant U.S. Attorney in the District of New Jersey, and was the first woman of color to serve the Attorney-in-Charge of the Camden Branch Office. Camden, New Jersey, once denounced as one of the most dangerous cities in America, has recently been lauded by many as an example of a city that has accomplished meaningful reform by disbanding its police force.

“I know from my service that justice is better served when diverse intellects are debating the critical issues that come before the Court,” said Coleman. “I am happy to see us returning to a more diverse, more representative Supreme Court, especially during these troubled times.”

Coleman, who had been nominated by Governor Christine Todd Whitman (R), was the first of only two Black men ever to serve on New Jersey’s Supreme Court. Judge John E. Wallace, Jr., appointed by Governor James McGreevey (D), succeeded Coleman to became the second Black justice. Pierre-Louis began her law career as a clerk for Judge Wallace. The court has been without a Black justice since 2010, when Governor Chris Christie (R) declined to renominate Wallace. Pierre-Louis would replace Justice Walter F. Timpone, who will reach the mandatory retirement age of 70 later this year. Adding Pierre-Louis to the bench would effectuate not only racial and gender diversity, but also age diversity. At age 39, she is two decades or more younger than all other sitting justices.

Pierre-Louis spent her early childhood in Brooklyn, New York before moving just outside the city to Irvington, New Jersey. She grew up in a large family, speaking both English and Haitian Creole. Her father owned and operated a cab, and her mother worked as a patient transporter at a New York City hospital.  She now resides with her family in Mount Laurel, New Jersey, a Philadelphia suburb, and she maintains strong ties with the Haitian community.

Pierre-Louis called the nomination the “honor of a lifetime.” Her nomination will now move before the full State Senate for a vote on Thursday.