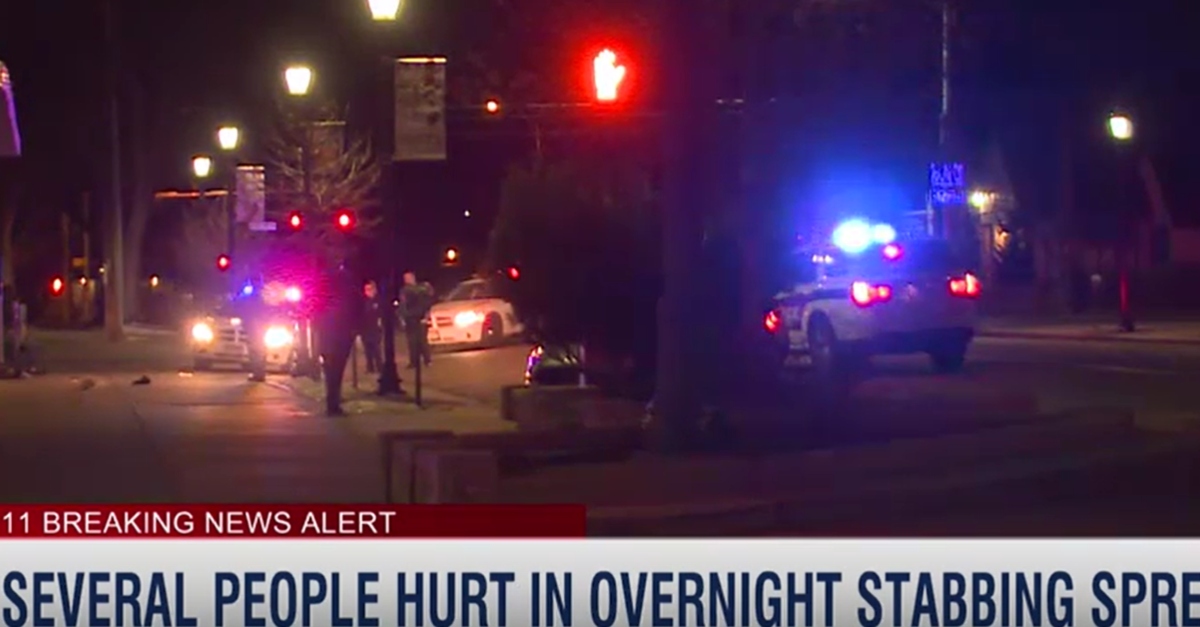 Police in Colorado Springs say a man was behind a stabbing spree early Morning morning. The suspect hasn’t been publicly identified, but cops blame him for injuring eight people, according to KKTV.

“Everywhere he was going, he was trying to come in contact with people, and he was injuring them,” Sgt. Shawn Peterson told the outlet.

“As we proceeded along the trail, we found several other people that the suspect came in contact with and had also assaulted,” Peterson said. “We ended up getting another call for service or several other calls for service with regards to injured victims. Several were at America the Beautiful Park that also runs along that Santa Fe Trail. We then proceeded to that location and were getting medical to all the victims there.”

Cops said they were finally able to get him after he stabbbed two people near Tejon and Boulder.

#UPDATE: @CSPDPIO says the man stabbed 8 people who were all taken to the hospital. Officers didn’t know how badly those people were hurt. The stabbings started near 8th & Cimarron and ended near Tejon & Boulder downtown @KKTV11News https://t.co/BG28ov3siK

There have been no fatalities. Victims have not been identified. They’ve been described as mostly men, with at least one woman. The suspect is believed to have acted alone.

Police described the stabbings as random, according to KOAA.