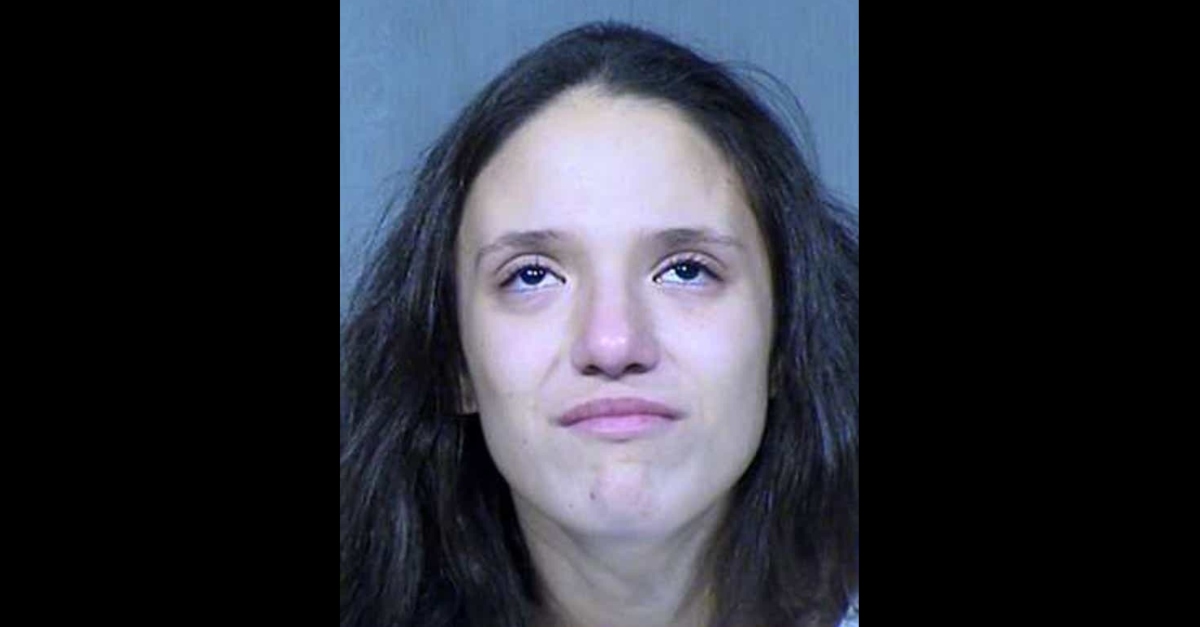 By all accounts, family members of murder defendant Rachel Henry are reeling from what she allegedly did: smothering her three children to death. Pearl Rebolledo, a great aunt of the victims, said she met up with the defendant for a jailhouse discussion.

“I thought she would be sad, not remembering what she did,” she told 12 News in a Thursday report. “She didn’t seem remorseful or anything.”

Henry is charged in the suffocation deaths of her three children, Zane Henry, 3, Miraya Henry, 1, and 7-month-old Catalaya Rios. The alleged motive remains unclear. Rebolledo said she spoke with the defendant in jail to find out. The way she described it, it ended in striking fashion. She pulled out pictures of the children in their caskets, and showed it to Rachel Henry.

“I wanted you to see the last photos I took of your kids,” Rebolledo said. “If I have to live with this, so do you.” She said that Henry looked away, but ended up glancing at the pictures.

Authorities said the defendant killed the children in January while staying over a relative’s home. She allegedly murdered Miraya first while covering her mouth while Zane tried to stop her. She then killed Zane later, and ended Catalaya’s life last, authorities said.

Newly released documents detail the defendant’s alleged confession by police. This doesn’t really add major new details, but more clearly sketches out what happened that night. For example, Henry allegedly said she was playing a game called “dog pile” on the couch with her children. According to this account, she felt Miraya having trouble breathing, and she placed her hands over the girl’s mouth and nose. She allegedly then bundled up the child to make it seem like the girl was sleeping.

The method of the other murders was basically the same, judging by the official account. Henry killed her other children, then bundled them up in blankets to make it seem like they were sleeping, cops said. She sang songs like “Itsy-Bitsy Spider” and “Twinkle Twinkle Little Star” while they died, authorities said.