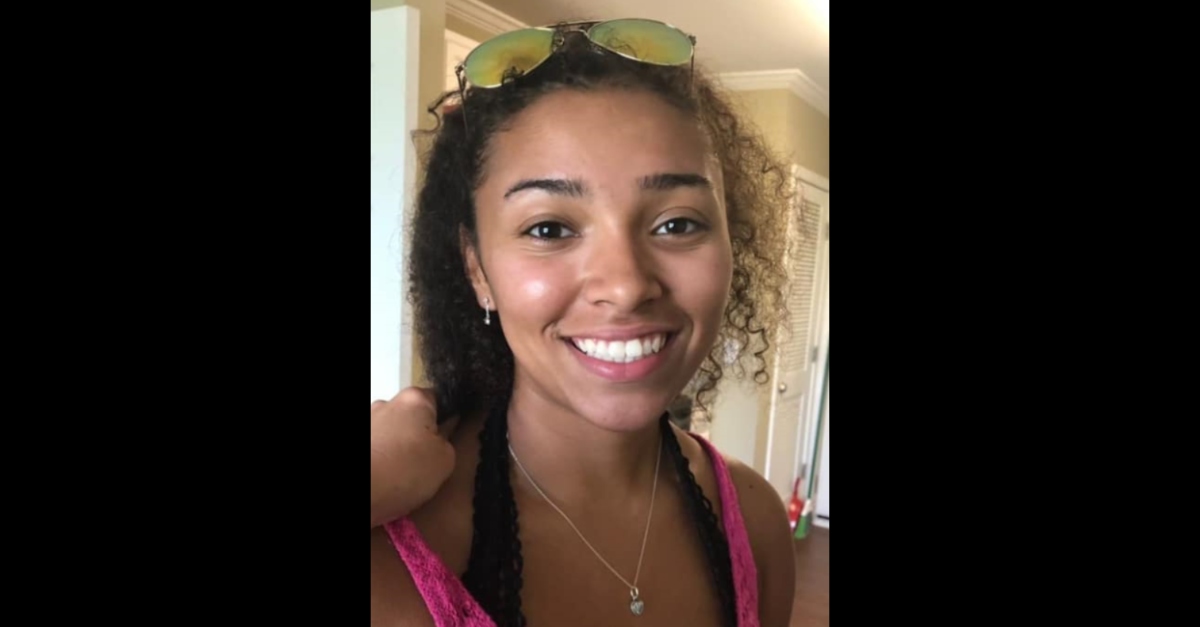 Update – November 27, 4:18 p.m.: The remains in question have been identified as Blanchard’s. A third suspect, David Johnson Jr., was arrested Monday for allegedly hindering prosecution. Police said Wednesday that this case is now a homicide investigation, and more charges are pending. Our original article is below.

The search for missing 19-year-old Aniah Haley Blanchard appears to have reached a tragic end. Police in Auburn, Alabama say on Monday they got information leading them to human remains several feet into a woodline in Macon County. They announced that they are working to determine the victim’s identity, including whether this is the missing young woman.

A local prosecutor said that human remains authorities discovered are believed to Blanchard’s.

“I can confirm that human remains have been found in Macon County on County Road 2 and we have good reason to believe they are that of Aniah Blanchard,” Lee County District Attorney Brandon Hughes told The Associated Press.

The defendant waived fighting extradition in a hearing on November 8 in Florida. He would face the criminal case in Alabama. He was denied bond. A detective testified that according to a witness, Yazeed forced Blanchard into her vehicle. A judge ordered a DNA test for the defendant after male DNA was allegedly found in the vehicle.

A second defendant Antwain “Squirmy” Fisher was arrested Friday. Authorities said he helped Yazeed travel and get rid of evidence. A gag order was implemented on Yazeed’s case.

God said when two or more gather in his name he is present… Tonight we gather with faith and hope for a safe return of our daughter and all missing children. Join us in prayer in person or in your own quiet time.… https://t.co/fc0BRUXDZI