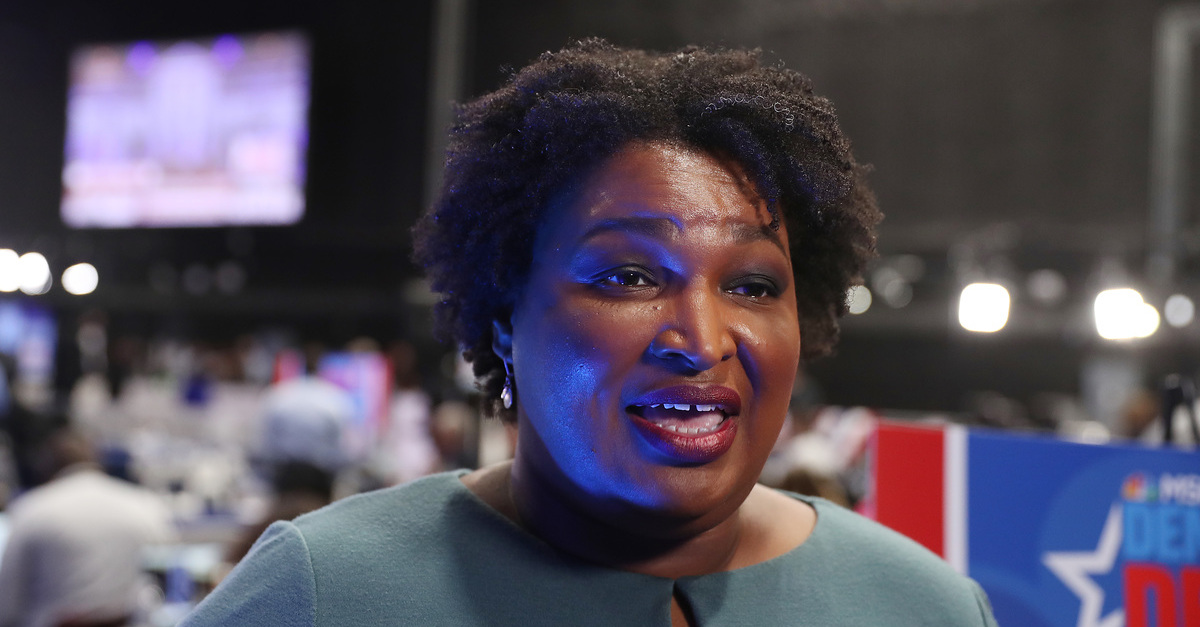 Stacey Abrams has teamed up with veteran investigative reporter and voting rights advocate Greg Palast in order to help her ongoing lawsuit over voters who were purged from Georgia’s voting rolls in the months before the 2018 midterm elections.

Palast, who attracted national attention several years ago as one of the first journalists to document the widespread purging of black voters from Florida’s voter rolls during the controversial 2000 election, announced the development on his website late Sunday.

Palast’s analysis of that purge was covered widely just before the gubernatorial election, in which Kemp eked out a razor-thin victory.

Abrams often cites the illegal purge we uncovered. And now, she’s taking action. Her new group, Fair Fight, has hired the Palast team to update and expand our work to put before a court to overturn what we have dubbed, Georgia’s “Purge by Postcard.”

Law&Crime caught up with Palast to discuss his work with Abrams’s organization and similar voting rights efforts across the country.

“Stacey Abrams lost by something in the area of 40,000 votes in 2018 to Brian Kemp for governor of Georgia,” Palast said. “Kemp was secretary of state at the time and he quietly removed over half a million voters from the voter rolls.”

Palast, whose investigative journalism dovetails with his voting rights advocacy under the banner of the Palast Investigative Fund, noted that he had been hunting down information on Kemp’s activities as secretary of state for six years.

“In the course of those investigations, I sued Kemp in federal court for the names of the voters who were removed from the rolls,” Palast said. “Turns out they were removed because they supposedly moved. But we found out that 340,134–at least–had never, ever moved from their registration address, yet they lost their vote.”

Palast said he “hired the top specialist in what’s called ‘Address List Hygiene,’ the fancy term for people who track where every American lives,” in order to shore up his investigation into Georgia’s voter purge. And the results were something not entirely unlike shocking:

We looked at people who paid property taxes in Atlanta, paid income taxes in Georgia, people who were getting pizza deliveries on the morning of the election–in Georgia. My experts determined there were 340,134 Georgians that Brian Kemp removed from the rolls who never ever moved. He removed a third of a million voters illegally.

“We have their names and addresses. This is not a statistical sample. We can tell you exactly who each of the voters were [in Georgia],” Palast continued. “Martin Luther King‘s 92-year-old cousin is on that list. I was there when she was thrown out of the polls.”

“We’ve given [Fair Fight] the computer files because they’re non-partisan and nonprofit. Our experts will testify in court that this new Jim Crow system not only fixed that election–but has since gone all over the nation. There are 20 states–mostly GOP-controlled–who are using this same system to remove voters from the rolls illegally,” he said.

Palast clarified that his work with Abrams and Fair Fight was limited to their ongoing legal battle in the Peach State.

“They are going to federal court to stop the State of Georgia from ever doing this again and to get those people back on the voter rolls,” he said of that effort.

But Palast also stressed that his team was currently working on lawsuits in each of the states considering similar purges.

“The big danger is beyond Georgia,” he said. “Now we are moving our investigations to as many states as we can. Starting with Michigan, Ohio, Florida and other swing states so that we can do the same analysis to this brand new system of mass purges of voters.”

He maintained the efficacy of such systems left a lot to be desired: