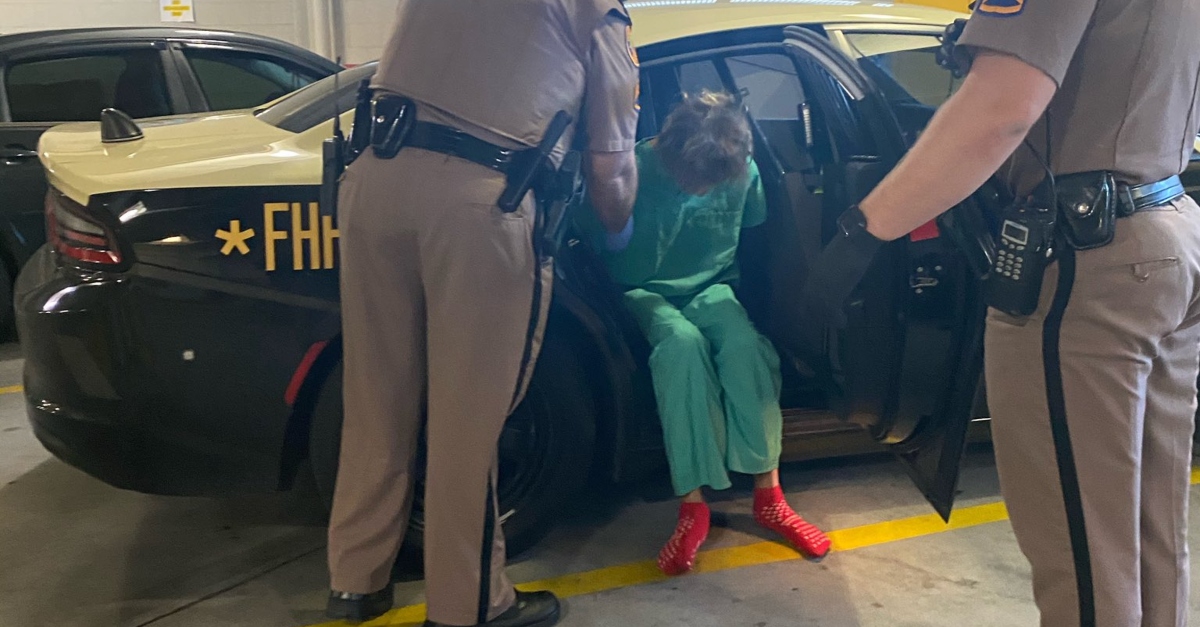 Michael Troy Hutto in the custody of Florida Highway Patrol.

Officials in Florida say that the co-founder of a clothing company is their suspect in the homicide of 18-year-old Lora Grace Duncan. Michael Troy Hutto, 54, is being held in Duval County Jail, according to records viewed by Law&Crime.

The Florida Highway Patrol announced on Friday that they arrested Hutto. Their tweet said the arrest was for a murder, but records as of Monday afternoon indicate that the defendant is behind held for manslaughter.

Duncan was a resident of Columbia County, Florida. Deputies said her parents reached out on October 26, asking authorities perform a well-being check on her.

“It was learned that the victim had voluntarily left the county with a known individual,” authorities said in a statement on Thursday. That “known individual” was not identified, but nonetheless, detectives said that they tracked Duncan down to a location in Riviera Beach (which is in Palm Beach County). They contacted their police counterparts over there to perform the well-being check, but cops found the victim dead.

“Our deepest sympathies go out to the victim’s family of this tragic event,” Columbia County Sheriff Mark Hunter said. “Although we hoped for a better outcome, we will assist in any way possible to help bring those responsible to justice.”

Hutto is being held in Duval County for Palm Beach authorities. The defendant is, incidentally, a co-founder of a clothing company Salt Life. The company said in a statement Friday that he has not played a part in the business since 2013.

“Sadly we have learned one of Salt Life’s co-founders has been charged with a felony,” the company said in a statement posted to Facebook. “Salt Life sends their utmost sympathies to the family and friends of the deceased. In 2013, the co-founders of Salt Life sold their entire business to the new owners. The co-founders have not been associated with the brand in any way since the purchase in 2013.”