Relative Beat the Sh*t Out of Man Who Was Allegedly Half-Naked with Young Children, Deputies Say 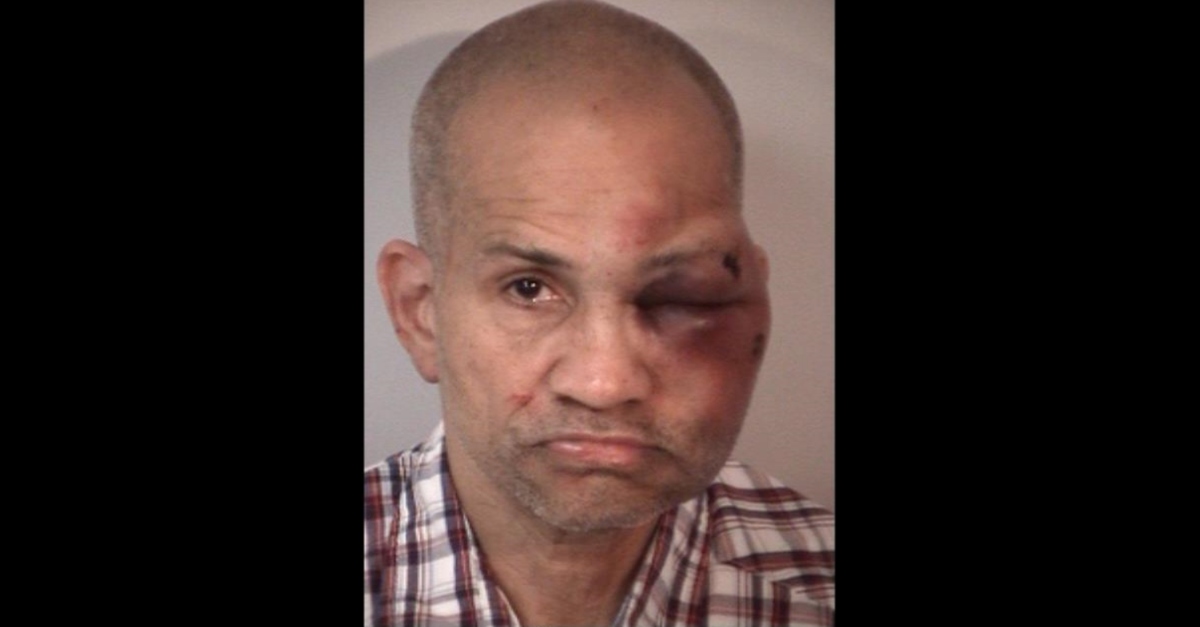 North Carolina man Mark Stanley, 60, is being charged in Virginia for two counts of indecent liberties, and one of domestic assault, according to the Spotsylvania Sheriff’s Office. He was allegedly found naked with two young children, and the kids’ father beat him up.

A man woke up early on December 29, and went to check on his two children, ages two and three. He walked in on Stanley, a relative who was in town for the holidays, officials said. Deputies say that Stanley was in the children’s bedroom naked from the waist down.

Deputies said the relative questioned the defendant over what was happening, but Stanley allegedly responded by pushing the relative from the room and locking the door.

The door didn’t keep this father out of the room. He busted back in there, and began attacking Stanley, deputies said.

Deputies responded to the residence regarding a disturbance. They described a “chaotic scene.” They said they encountered a man showing a handgun and approaching Stanley. Deputies said they were able to order that man to drop the weapon, however.

As for Stanley, he sustained “severe injures.” He was taken to a hospital before being booked into the Rappahannock Regional Jail without bond, officials said. He faces more possible charges. The children were taken to a hospital to be evaluated for injuries, deputies said.

There were no charges for the father, officials said.

It’s unclear if Stanley has an attorney in this matter. Records reviewed by Law&Crime show he remains in jail as of Thursday afternoon.