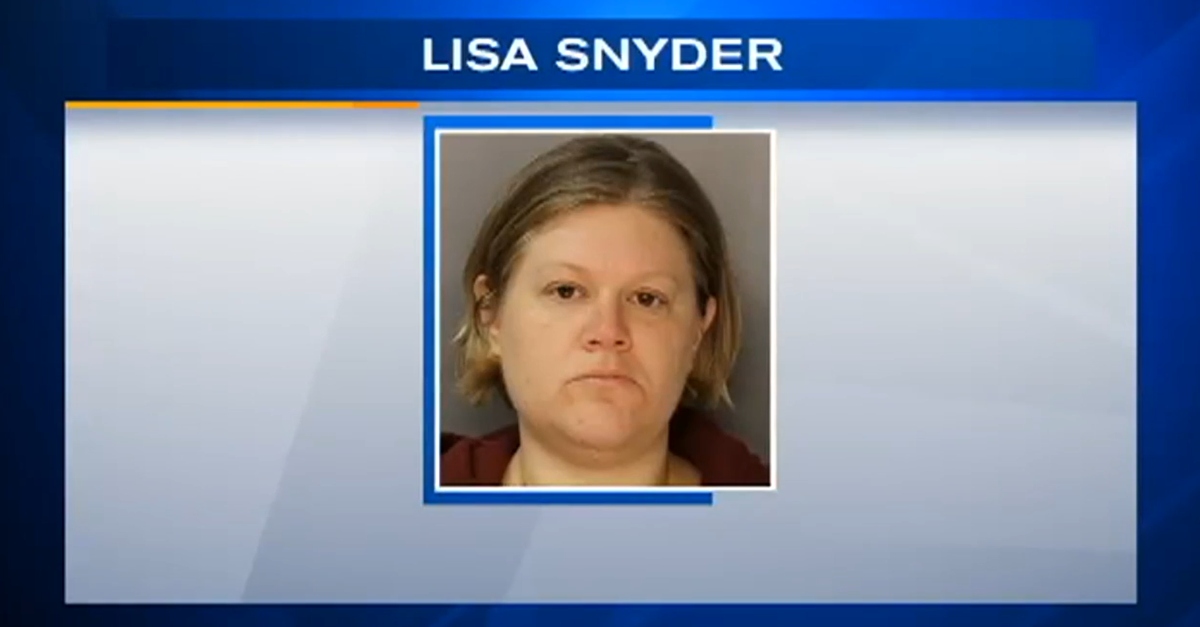 Prosecutors seek the death penalty against Lisa Snyder, the Pennsylvania woman who allegedly hanged her two children with a dog leash.

The defendant, 37, killed her son Conner Snyder, 8, and daughter Brinley Snyder, 4, then attempted to pass this off as her boy committing a murder-suicide, authorities said. The state filed five aggravating factors at the arraignment on Thursday, according to The Allentown Morning Call. For example, Conner and Brinley Snyder were under the age of 12, and the murders were allegedly done in preparation for another felony.

The defendant called 911 to her home on Albany Township on September 23, 2019, and the paramedics found the kids hanging from a beam, over two flipped-over chairs, authorities said. Lisa Snyder allegedly claimed her son said he wanted to die by suicide because of bullying, and that he voiced fear about dying alone. The implication of this purported account was that the 8-year-old took his sister with him.

But prosecutors are treating that murder-suicide story like absolute B.S. Snyder was arrested on December 2. State Trooper Ian Keck testified that at a preliminary hearing Conner was happy and had lots of friends according to teachers, students, and a bus driver.

Chief Deputy District Attorney Margaret McCallum argued that Conner was “incapable” of killing his sister, and himself.

The prosecution said the defendant looked up hanging methods online, and that she ordered a dog leash the day before the killings. She also allegedly searched how long it would take to die in a car by carbon monoxide, and the show I (Almost) Got Away with It, according to WFMZ.

The defendant’s friend Jessica Senft also took the stand, and said she spoke to Snyder after the deaths. According to this testimony, the suspect voiced an expectation of being arrested. Snyder said that when out on bail, she would die by suicide, according to this account.

Defense lawyer Dennis Charles called the state’s case mostly circumstantial, said that there was no evidence his client hanged the children. He asserted that “all you have is speculation and guesswork,” according to the Morning Call in February.

The charges in this case are first-degree murder, third-degree murder, tampering with evidence, and endangering the welfare of children. The state also claims that during their investigation into the homicides, they found photos of the defendant having sexual relations with the family dog. Snyder is being charged for this too, but the case is considered unrelated to the deaths.

Snyder pleaded not guilty at her arraignment.

A status conference is set for June 29.