Police Identify 3 Suspects, and 2 Victims Amid ‘Chaotic’ Spate of Shootings in Virginia Beach 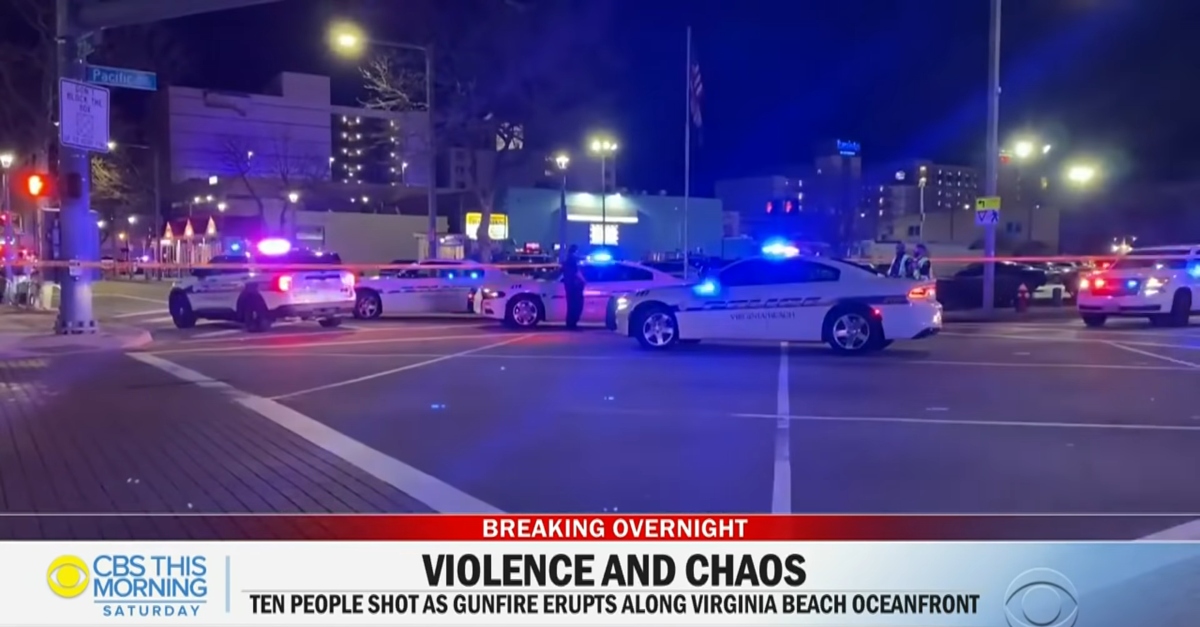 Police in Virginia Beach, Virginia have identified three suspects, and two people slain amid a “chaotic” night of shootings late Friday night. Officers have said there were three incidents.

Defendants Ahmon Jahree Adams, 22, Nyquez Tyyon Baker, 18, and Devon Maurice Dorsey Jr., 20, were charged in connection to the first shooting, which resulted in eight people getting injured at the 2000 block of Atlantic Avenue. They each face seven counts of felonious assault, use of a firearm in commission of a felony, and reckless handling of a firearm.

Officers previously said that this incident started when a group of people got into a confrontation that escalated to a fight. Some pulled out guns and began shooting at each other, officers said.

Deshayla E. Harris, 28, was found dead in a second incident in the 300 block of 19th street, police said.

Police previously said that officers heard gunshots while investigating the first incident, and discovered the woman, who died at the scene.

In the third incident, police said one of their officers killed Donovon W. Lynch, 25. This happened at the 300 block of 20th Street, near the second incident.

Police previously said that their officer in this incident encountered an armed man. They said this ended up in the “police involved shooting.” Lynch died at the scene. The officer involved is a 5-year veteran, and has been put on administrative assignment. Internal affairs, and the Office of the Commonwealth’s Attorney are also investigating.

Virginia Beach Police Chief Paul Neudigate said Saturday night that the officer did not have a bodycam turned on, according to CNN. He also pretty much doubled down on the police assertion that Lynch was armed.

“What I can tell you is that there was a firearm recovered in the vicinity of where this incident occurred,” he said.

A Virginia Beach police officer was also sent to the hospital after getting hit by a vehicle that night, but was treated and released.

Officers said the investigation into all three shootings is ongoing.