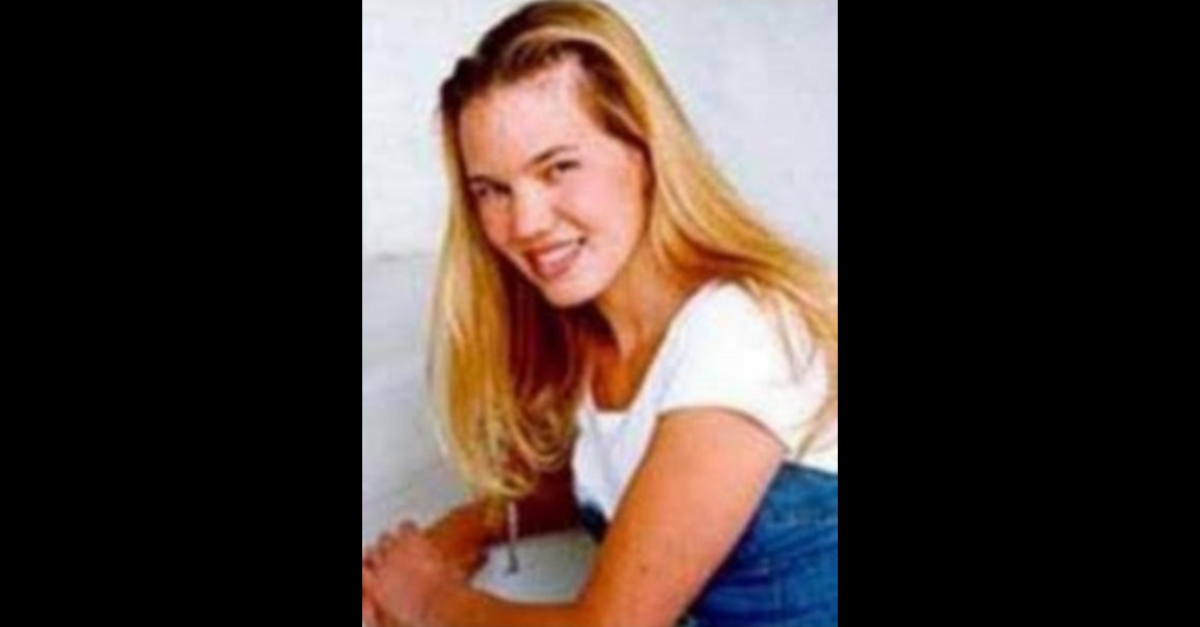 A person of interest in the 1996 disappearance of 19-year-old college student Kristin Denise Smart was detained on Wednesday morning by the FBI and deputies in San Luis Obispo, California, according to KABC. The man, identified as former classmate Paul Flores, was held for a time.

Deputies played it close to the vest in a new statement, saying they’re only publicly commenting in order to avoid the spread of misinformation, and that they don’t anticipate any more news releases on the case. Investigators announced they executed search warrants at four locations. There’s two in San Luis Obispo County and one in Los Angeles County, California, and one location in Washington state.

“The search warrants are limited in scope, and sealed by the court,” deputies said. “As a result, we are precluded by law from disclosing any further details about them.”

FBI investigators put up tape around the #ArroyoGrande home of Susan Flores, the mother of the only person of interest in the #KristinSmart case, #PaulFlores. pic.twitter.com/0qfUMFMuZg

The FBI says that Smart, a student at California Polytechnic State University, was last seen at about 2 a.m. on May 25, 1996. She was walking back to her to her dorm room from an off-campus party while accompanied by a fellow student (Flores). According to the FBI, that student said he left Smart a block from her Muir Hall dorm, and he returned to his building. Smart didn’t return home, authorities said.

Crowd of people standing outside Arroyo Grande residence shout “dig up the yard!” and “justice for Kristin!” as investigators emerge from the home. Law enforcement hasn’t confirmed this home is connected to Paul Flores, a person of interest in the disappearance of Kristin Smart. pic.twitter.com/rTL8WXzewf

Flores was interviewed back then, but cut short a recorded police interview after admitting he lied about how he got a recent black eye, according to The San Luis Obispo Tribune. First he reportedly had said he got it playing basketball, then he said he sustained it while fixing his truck.

Smart’s family sued him in November 1996 for the wrongful death of their daughter, but long story short; that went no where: Flores invoked the Fifth Amendment during a 1997 deposition in that case.