Performer Shot During Staged Shootout Between ‘Bootleggers’ and ‘Coppers’ 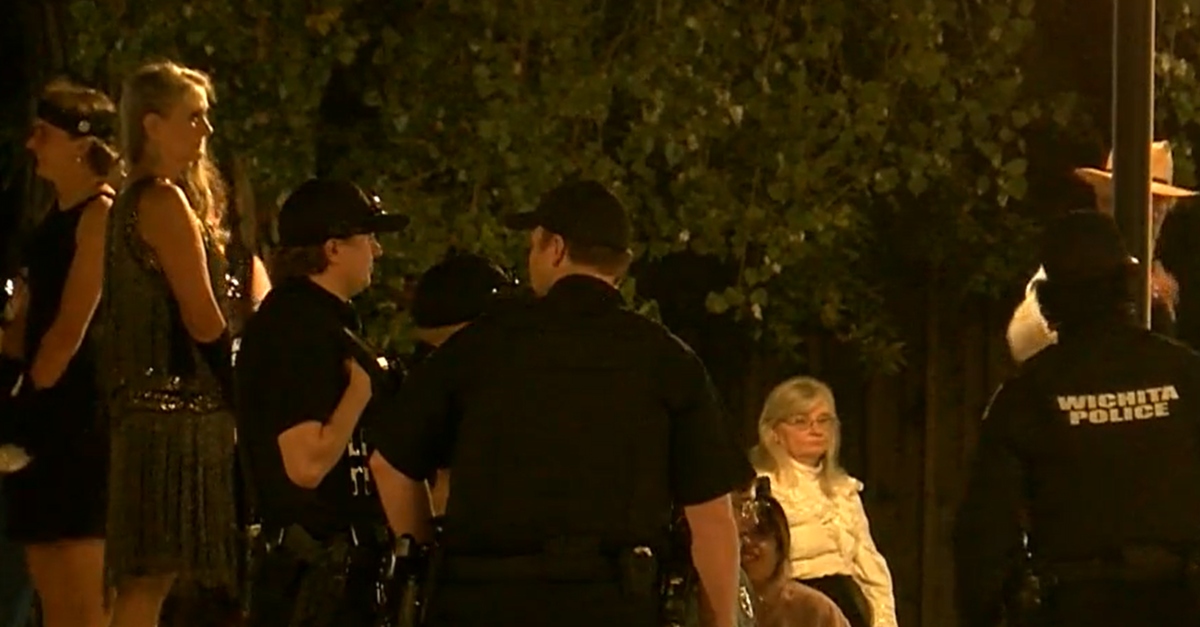 The Cowtown Museum in Wichita, Kansas saw a staged shootout as part of a show. Well, it was supposed to be staged. A 24-year-old man was shot for real at about 9 p.m., according to 3KSN. This was described as an accident. The victim was treated at a local hospital. His injuries were reportedly bad, but not life threatening.

“This is definitely a unique situation, one that is a first for me,” Wichita Police Lt. Chris Marceau told KSN. “When officers arrived, it was kind of a little bit chaotic because of the large amount of people that were involved in the reenactment.”

Police are investigating an accidental shooting that happened this evening at the Old Cowtown Museum. An unidentified person was hurt, but the injuries were not reported to be serious.

On its Facebook page, the Old Cowtown Museum promised live music, a bar, and food! In addition to all that, there was going to be “a shootout between the bootleggers and the coppers and more! (Costumes are suggested, but not required.)”

The performer was struck in the upper body, according to Kansas. The actors were supposed to be using blank shots. Officer Kevin Wheeler told the outlet that he did not know the number of people there, but police found everyone there to be cooperative.

The Cowtown Museum is a city-run space featuring “a mixture of historic buildings and artifacts representing 1870s life.”