Pa. Trio Sentenced to Decades in Prison for Having Sex with 9 Horses, a Cow, a Goat and Dogs 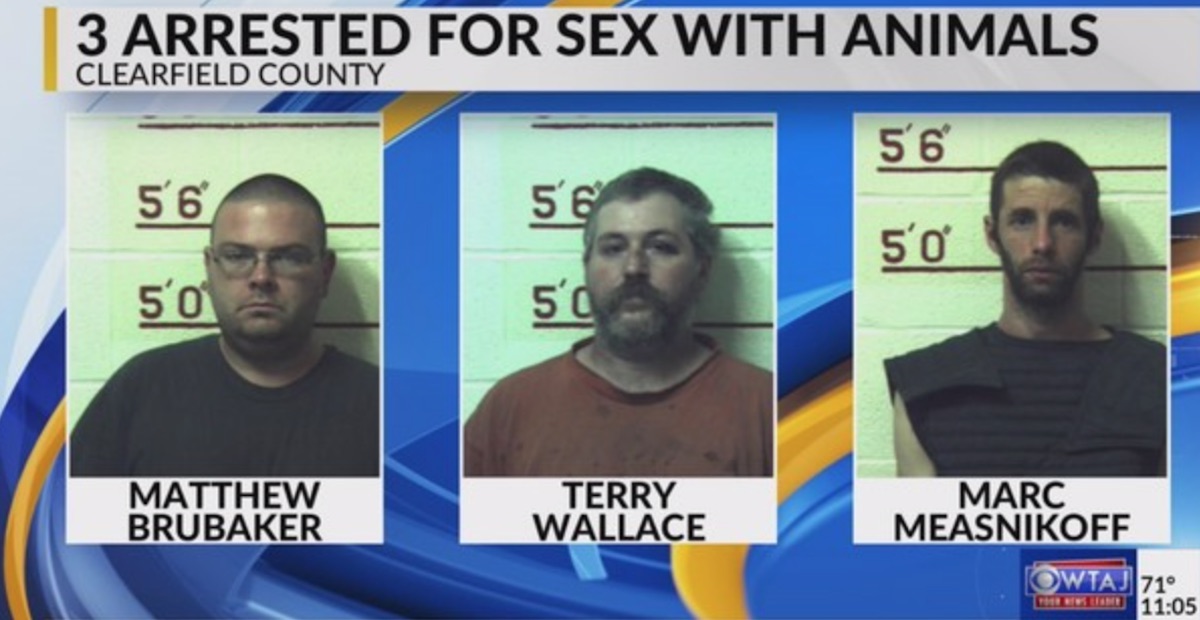 Three Pennsylvania men will have a long time to ask themselves whether having sex with 9 horses, a cow, a goat and dogs over the span of half a decade was worth it.

A year after Matthew Brubaker, 31, Marc Measnikoff, 34, and Terry Wallace, 41, were arrested and charged with various offenses, they have learned that they will be going to prison for the next 20 to 41 years.

According to WTAJ, the trio entered a guilty plea to “more than 1,400 charges,” including sex with animals, cruelty to animals and corruption of minors. The lattermost charge stemmed from them forcing a teenage boy to restrain the animals while they had sex with the helpless creatures.

Clearfield County District Attorney Bill Shaw said that he thinks the public with be happy to see that justice was done.

“I think people will be happy to see these folks were held accountable for this type of just terrible, terrible, obscene conduct, obscene behavior,” he said.

The animals that were sexually abused have reportedly been moved to a new and safe home.